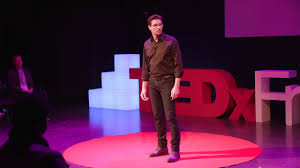 Life is sacred; it is most valuable. When we fail to protect our children we have lost our society. When we recognize people’s value and celebrate freedom we are a wealthier society because of it. Jaco Booyens is a defender of Life and Liberty. Jaco is a former professional athlete and feature film producer/director including the film 8Days. Jaco’s sister Ilonka is a sex trafficking survivor and abolitionist.

As a fighter against child sex trafficking, Jaco has become an internationally trusted voice and resource to stop the crime. He has worked with all major agencies in the US as well as 56 countries. As an international speaker frequently seen on major news networks and conferences, Jaco speaks to defend life, rescue and restore children, promote women and stand for the great liberty we are blessed with by God in the USA.