by American Kabuki, published on January 5, 2017 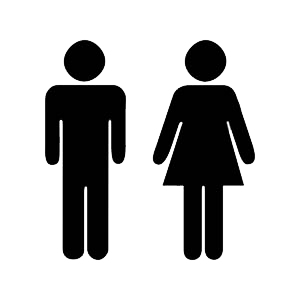 This excerpted from a conversation with Loie on 1/5/17 in which she showed me what it felt like to be formless, since that discussion doesn’t translate well into a blog post  (being largely felt and experienced) I thought I’d post this portion which concerns the history of gender.

When we enter the Complete Earth, or what some called “ascension” many limitations depart and indeed are departing now.  It will be possible for one to change one’s gender to the one that is preferred.  Also a number of things will change with female reproduction become a much less burdensome than it is now.

It has seemed to me, all my life, that females were not supposed to have the trouble they do now in giving birth, not to mention the complications they have now in the monthly hormonal cycles which are somehow synched to the cycle of the moon.  This never seemed “NORMAL” to me… The bible makes a half-assed attempt to explain painful childbirth as the result of “original sin” (God’s punishment on women if you will) but that’s complete bullshit.  If it was, the punishment does not fit the crime!  But such is the religious meme promulgated among the Abrahamic faiths, which really justs serve to enslave women in a patriarchal belief system run by men.

One of the limitations on humans, has been the limitations as to appearance of form – if you got an ugly body or diseased body you felt different about yourself than if you got a beautiful one. And somehow those beautiful bodies seemed to go to beings who had a family history of selling out humanity.  And people make judgements about how you got that way, which had nothing to do with any choice of the essence who was born into that body.  Choice of look, health, longevity and the ability to change it all is coming.

The other limitation, in some cases, i lack of choice as to gender.  In the last 20 years has seen an explosion of stories about people who felt they were in the wrong gender in that it did not match their consciousness.  People have undergone expensive surgeries and hormone therapies to address this seeming misfit of their form with how they think of themselves.  I don’t know if these stories come from deliberate effort at the end of this “WHAT IF” to put people in forms not of their usual gender just to mess with people and up the level of misery on this planet or what…, There were some beings who once had a gatekeeper role in the incarnation process. But one thing is clear surgery will soon no longer be needed to correct such perceptions of ones inbodiment and how one desires to experience life moving forward.

Over the Christmas weekend I met a lesbian woman (a friend of a friend) who told me she felt she was missing her penis, which of course she indicated it was supposed to be of a certain length that most men could only dream of having… LOL…  It was one of those conversations points where you don’t really know what to say next, as I had never had a women tell me such a thing before.  But my sense of the conversation was she was being 100% candid and serious with me.  She felt like she was in the wrong gender. And she had always been attracted to women.

Terran to Loie: When I was created was it in form?

Loie: Formless essence first. All 11 were formless. Then forms in the garden.

Loie: The 11 created gender. A cooperative choice, love. But it was not what you know today. More fluid.

Terran: So it was more choice of the moment?

Loie: Yes, dear. And much has changed. And will change again.

Loie: Not a singular choice. But a flowing experience. It was just the beginning.
Timeless and limitless.

Terran: A lot of notions are going to have to be rethought by all

Loie: Bill, there are no limits! All is possible. And every one. Each and every one has a choice, dear!

Loie: And the choices need not be forever

Loie: And there are no limits in which one must choose.

Loie: And many choices will be possible at once, love. Imagine that!

Terran: HTJ told me much the same. Said relationships will be much more fluid to the doings

Terran: Please tell me women will have easier childbirth

Loie: Bill, love! No thing will will ever be easier!

Loie: Thank you for thinking of that! Not a common thought for most men, dear!

Terran: Conscious conception too? Women do not have it easy on this planet.

Loie: Babies will be intentional, dear!

Terran: I saw my daughter born I nearly passed out when the placenta came out, I thought her mother’s liver fell out. Nobody prepared me for what it looked like [and the raw gory glory biology of the event]

Loie: Bill, love. Yes! No limits to any form. And all is intentional!

Terran: Oh a lot of women will be glad to hear that!

Terran: What will be the lifespan for a form?

Terran: This is a whole new cosmos

Loie: Bill, there are so many possibilities!

Loie: When all is done in the frequencies of pure love, no thing is impossible.

Terran: I don’t know why we chose such severe limitation.

Loie: It was not always a complete choice here.

Loie: There were some choices made for you. Enough said, love.

Terran: I figure what comes next will make me forget what was done to me

Loie: And what has been done to All, love!

Loie: Now, I will send this frequency to you as you rest. Happy dreams, dear!