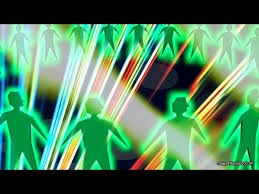 The questions were asked…
Cannot a soul be a ‘service-to-self’ soul and also not be controlled by the Illuminati’s ‘service-to-self’ agenda?
Could it not be that Donald Trump is a rogue service-to-self soul, a freedom seeker operating in contrast to the highest expression of light?
Cannot souls be drawn to Donald Trump’s ‘Uranian’/’rogue’ nature merely because they have been heretofore ‘enslaved’ and are now waking up?
Do they then continue to align with this rogue energy because it fuels their thirst for freedom, but not necessarily their desire to love and serve others?
Cannot a catalyst like Donald Trump, or a catalytic event such as his election, be in and of itself ‘the gift’… in this case setting off a deep search for truth in each soul?
Does being ‘rogue’, and in contrast to the prevailing controlling forces, in and of itself make someone truthful?