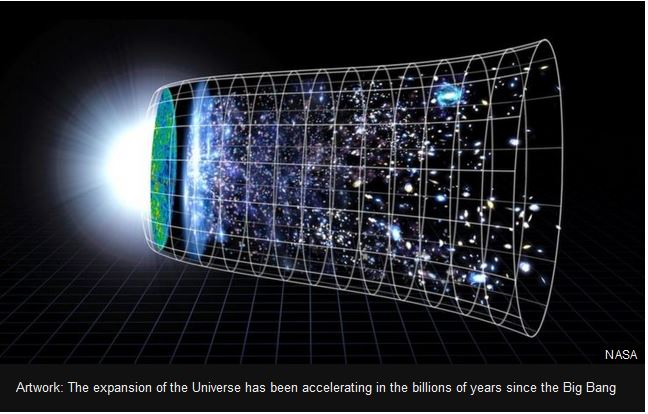 A mathematical discrepancy in the expansion rate of the Universe is now “pretty serious”, and could point the way to a major discovery in physics, says a Nobel laureate.

The most recent results suggest the inconsistency is not going away.

Prof Adam Riess told BBC News that an unknown phenomenon, such as a new particle, might explain the deviation.

The difference is found when comparing precise measurements of the rate obtained in different ways.

However, the statistics are not yet at the threshold for claiming a discovery,

Prof Riess, who is based at Johns Hopkins University in Baltimore, Maryland, was one of three scientists who shared the 2011 Nobel Prize in Physics for discovering that the expansion rate of the Universe is accelerating.

This phenomenon was widely attributed to a mysterious, unexplained “dark energy” filling the cosmos.

The unit of measurement used to describe the expansion is called the Hubble Constant, after 20th Century astronomer Edwin Hubble – after whom the orbiting space observatory is named.

Appropriately, Prof Riess has been using the Wide Field Camera 3 instrument on the Hubble telescope (installed during the last servicing mission to the iconic observatory) to help refine his measurements of the constant.

“The answer we get is 73.24. This is not very different to what people have gotten before measuring the Hubble constant. What is different is that the uncertainty has gotten quite a bit smaller,” he said here at the 231st American Astronomical Society meeting in National Harbor, just outside Washington DC.

“The uncertainty has been dropping progressively over time, while the value has not been changing very much.” 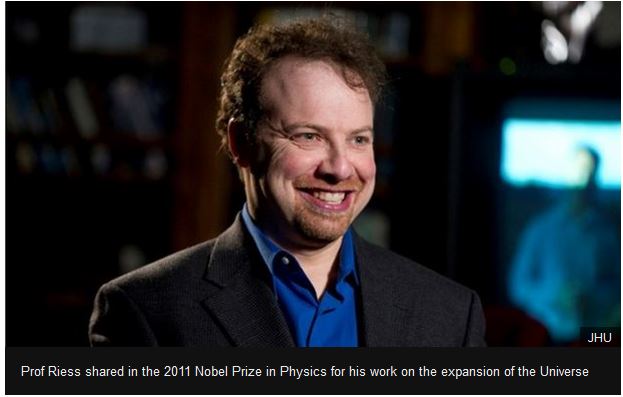 To calculate the Hubble Constant, Prof Riess and others use the “cosmic ladder” approach, which relies on known quantities – so-called “standard candles” – such as the brightness of certain types of supernova to calibrate distances across space.

However, a different approach uses a combination of the afterglow of the Big Bang, known as the Cosmic Microwave Background (CMB), as measured by the Planck spacecraft and a cosmological model known as Lambda-CDM.

The gap between the two is now at a confidence level of about 3.4 sigma. The sigma level describes the probability that a particular finding is not down to chance. For example, three sigma is often described as the equivalent of repeatedly tossing a coin and getting nine heads in a row.

A level of five sigma is usually considered the threshold for claiming a discovery.

However, Prof Riess said that at the three sigma level “this starts to get pretty serious I would say”.

“In fact, in both cases of measurements, these are very mature measurements… both projects have done their utmost to reduce systematic errors,” he added.

Indeed, a recent measurement of time delays in quasars that is completely independent of the cosmic distance ladder data gets very similar results to Prof Riess’s late Universe Hubble Constant. For the early Universe, a 2017 analysis using the density of baryonic (normal) matter in the cosmos yields a very similar value as the one obtained by the Planck team. 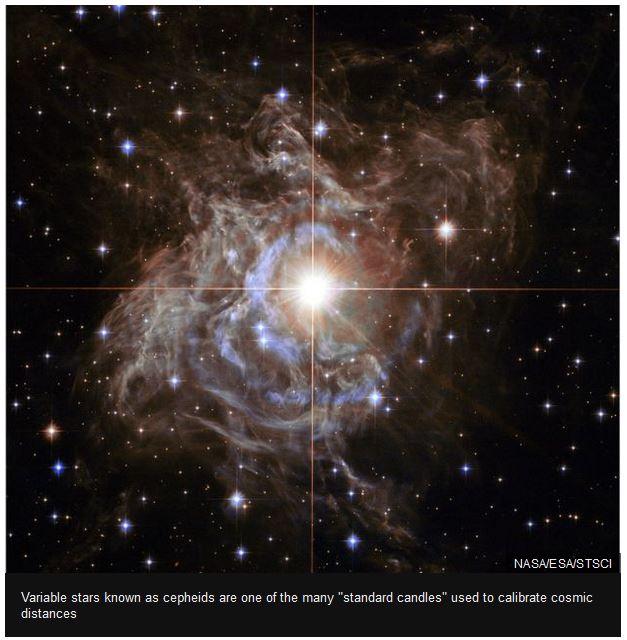 What this all suggested, he said, was that the Universe is now expanding 9% faster than expected based on the data – a result he described as “remarkable”.

One way to bridge the divide is to invoke new phenomena in physics.

There are various ways to account for it, including the addition of a new particle, called a sterile neutrino, to the Standard Model – the best tested theory of particle physics.

The sterile neutrino would represent the fourth type – or flavour – of neutrino; but while the other three are well known to physicists, attempts to detect a fourth with experiments have not come up with much.

Another possibility is that dark energy behaves in a different way now compared with how it did in the early history of the cosmos.

“One promising way is if we don’t have dark matter be so perfectly ‘collision-less’ but it could interact with radiation in the early Universe,” Prof Riess said.

He has submitted a paper with his latest analysis of the Hubble Constant for publication in a journal.