published on The Mind Unleashed on January 23, 2017

What if you could hail a ride like you do now on your cell phone from Uber or Lyft, only the vehicle that picks you up to take you to your desired location is a drone-like flying car that runs on auto-pilot? According to Airbus, this technology isn’t a Jetson’s-inspired dream for the future. They plan on releasing a working prototype this year. 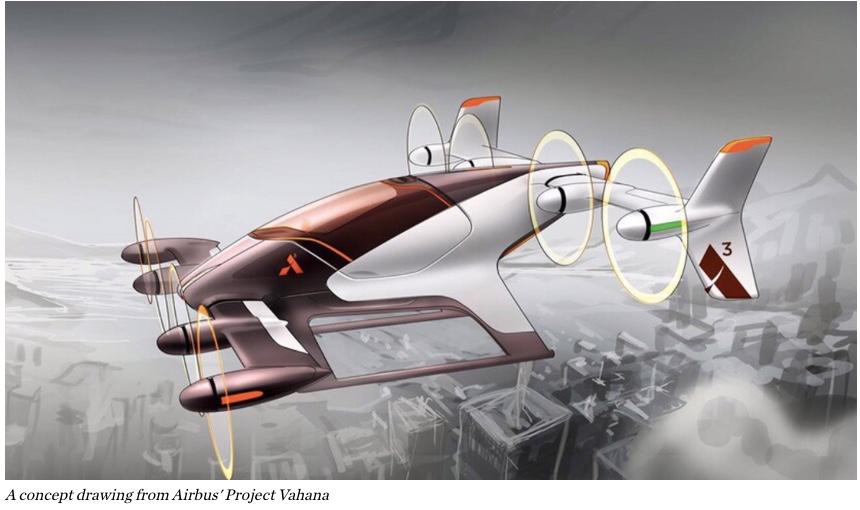 The announcement was made this past week by the aerospace company’s CEO, Tom Enders, at the Digital Life Design conference in Munich.

Airbus has launched an entire division — Urban Air Mobility — devoted to research and development of flying cars, and the infrastructure needed to support their use. The ultimate goal is an app-hailed flying car that works seamlessly in major cities, reducing current traffic jams caused by land-based automobiles.

At the conference Enders said,

“One hundred years ago, urban transport went underground. Now we have the technological wherewithal to go above ground. . .We are in an experimentation phase. We take this development very seriously. If we ignore these developments, we will be pushed out of important segments of the business.”

The CEO also pointed out that flying cars could save cities billions in infrastructure costs, since they wouldn’t have to pour money into building more concrete bridges and roads.

Airbus’ idea for flying cars isn’t new. For a while, NASA even had a research program to figure out how to make it super-easy for ordinary people to utilize the vastly underused 2,800 small airports around the United States, by flying themselves. One of the key elements would be small, relatively affordable planes that were as easy to operate as cars.

With electric drones flying around everywhere, auto-piloted drone-based car technology is a logical next step.

Paul Priestman predicted last year that passenger-carrying drones would be the future. His predilections seem to be true since Airbus’ technology is very similar to current drone technology which uses Artificial Intelligence, and vertical take-off and landing” (VTOL) technology that would allow vehicles to pick up passengers in busy urban areas. Airbus said it expects to be putting the flying cars into production by 2021.

They would stay safe by occupying urban skies on predetermined flight paths, only varying from the path very slightly to avoid any obstacles.

It means everyone won’t necessarily have their own jetpack, as they do on the Jetson’s, but by ride sharing, and using lots of small drones, the flying cars will be able to reduce travel time, and offer another mode of transport in cities where traffic is a growing problem.