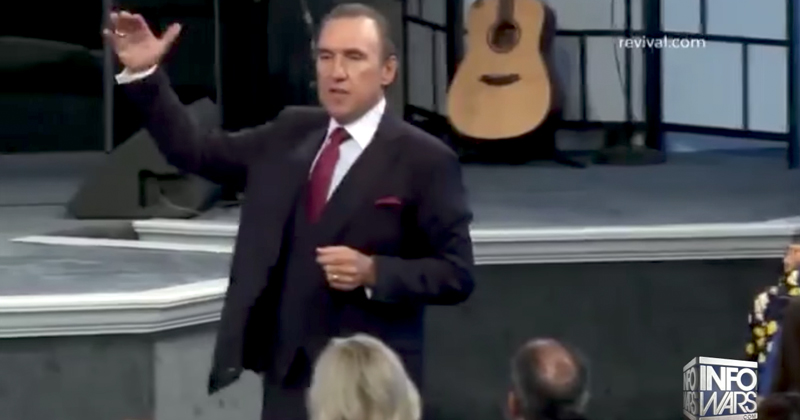 The US Secret Service wants to know the name of the congressman who reportedly told an evangelical pastor that Trump would be “removed suddenly from office.”

“So right after I was on with Alex, they came into my office and they tried to get information from me concerning who the congressman was,” Howard-Browne told Infowars.

“And I said, ‘Look I’ll tell you what he said, but I cannot give you this information.’”

Howard-Browne says he told agents to obtain a subpoena after they attempted to acquire the information from multiple angles.

“I said you’re probably going to have to subpoena me, and even then I probably won’t tell you,” the pastor said.

The Florida-based pastor from South Africa said he was wary of who could be trusted within the current administration, but told agents that the congressman would likely have warned Secret Service himself if there was reason for concern.

As reported by Infowars Monday, the pastor revealed he had spoken with a senior Republican congressman serving since 1996 who divulged a plot to take out President Trump.

“He said there is a plot on Capitol Hill to take the president out. I said, ‘You mean by impeachment or by indictment?’ He said, ‘No. To take him out, he will be removed suddenly from office,’” adding, “you can read between the lines,” the pastor said.

Howard-Browne led a service inside the White House earlier this month with other Christian pastors where they laid hands on President Trump and invoked a collective prayer. 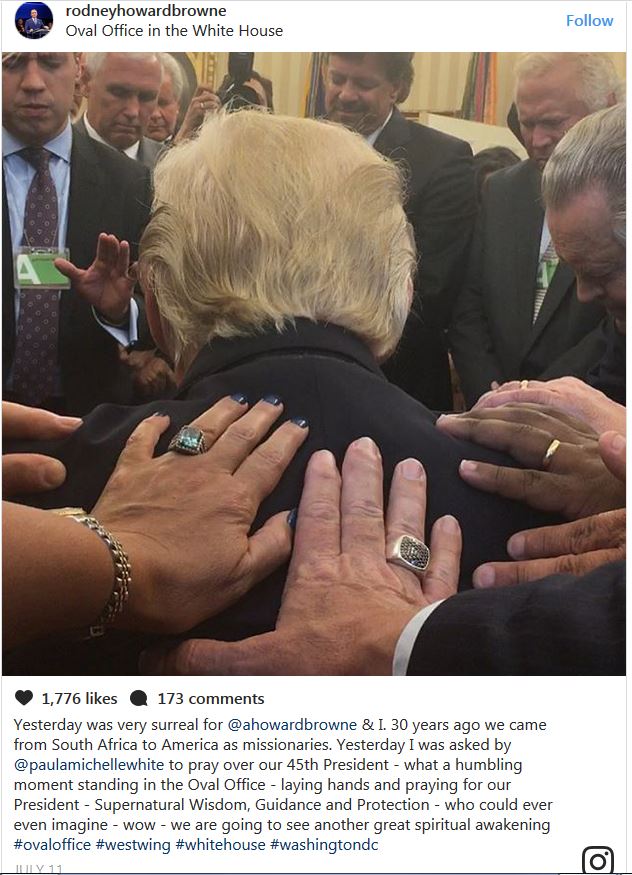 Howard-Browne is seen standing behind Trump in the image below. 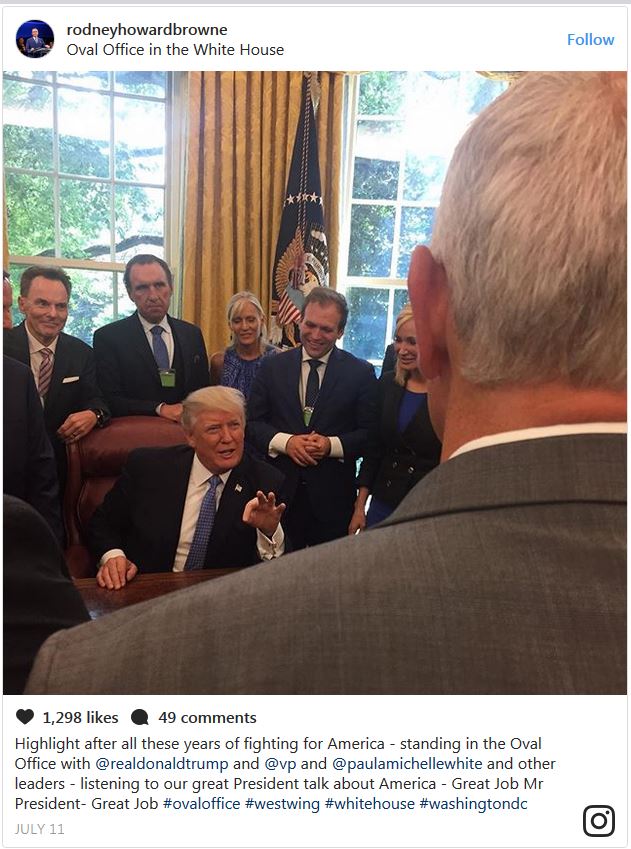