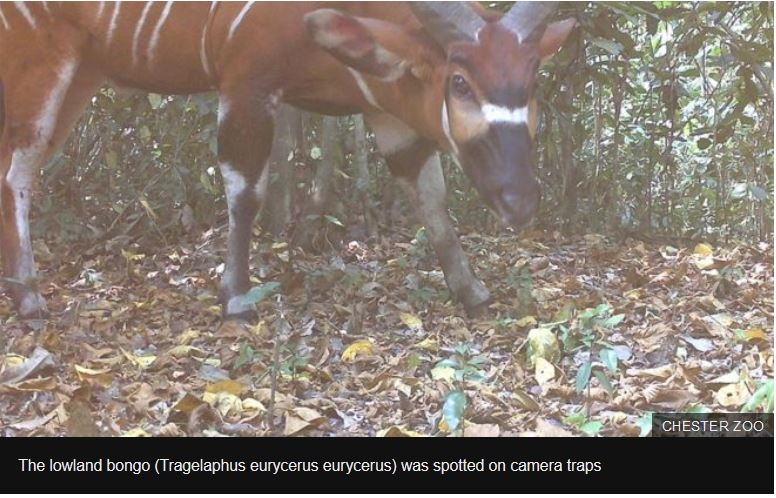 The world’s largest forest antelope has been caught on camera in Uganda for the first time.

The elusive striped antelope, known as the lowland bongo, was snapped in dense forest near the border with the Democratic Republic of Congo.

Scientists say there could be more new discoveries in the remote, unexplored, lowland rainforest.

The forest-dwelling antelope is classed as Near Threatened on the extinction list, due to habitat loss and hunting.

Populations in central and western Africa have declined to about 30,000 individuals. 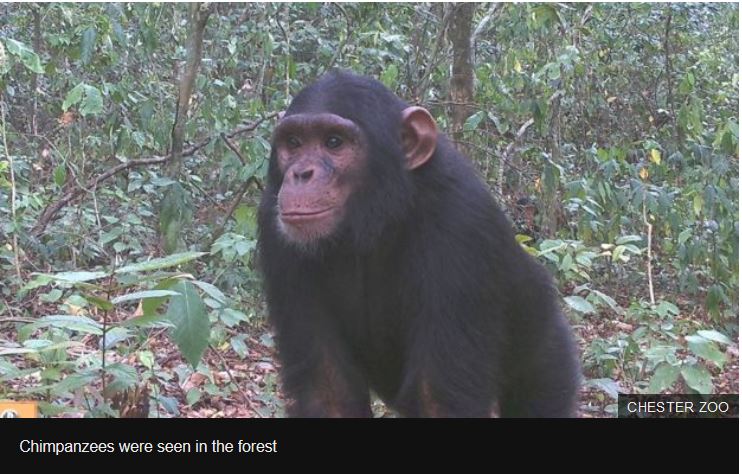 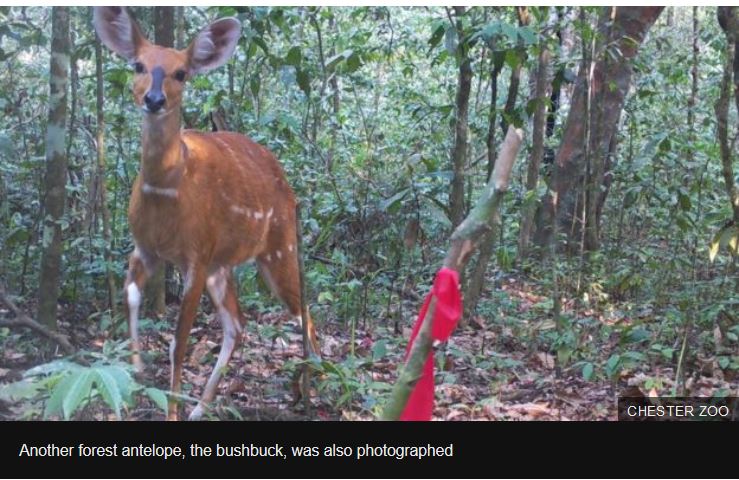 How was the antelope discovered?

The bongo was spotted using motion-sensor cameras in Semuliki National Park, home to one of Africa’s most ancient forests, which harbours hundreds of different birds and mammals.

It was identified during a survey of mammals across the park. More than 30 mammal species were spotted among 18,000 pictures, including elephants, chimps, buffalos and leopards.

“We were amazed that such a large, striking animal could go undetected for so long, but bongo are a notoriously shy and elusive species,” said Stuart Nixon of Chester Zoo’s Africa Field Programme, which carried out the study alongside the Uganda Wildlife Authority.

“It could be that bongo and other species are moving between Virunga National Park in DRC and Uganda, showing just how important it is to protect the rainforests, which still connect the two countries.” 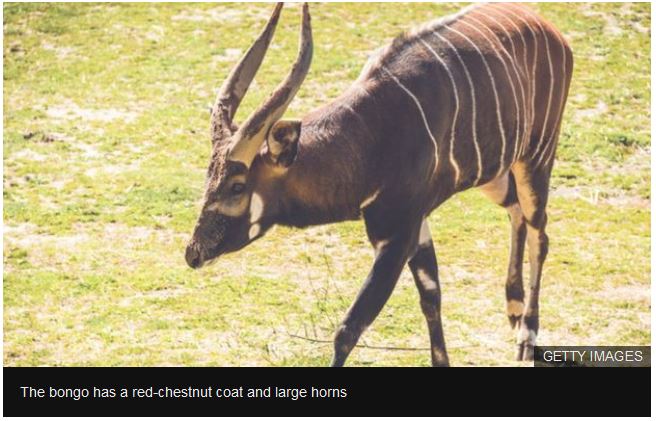 Facts about the lowland bongo

How will the discovery help in conservation?

The researchers think there may be other rare animal species in the forest, which are yet to be discovered.

“There are very few places on the map that are true wildernesses,” said Scott Wilson, head of field programmes at Chester Zoo. “It’s nice to know there are still places to be explored and species to be found.”

There are no lowland bongos kept in zoos, so efforts must focus on protecting the animal in the wild.

The species is rare throughout the forests of western and central Africa, with populations declining due to habitat destruction and hunting for meat, mainly through using snares.

“As thrilled as we are with this discovery, much more work is needed to learn more about this newly found species in Uganda and elsewhere across its range,” said Stuart Nixon.