Secret 9/11 Documents: “Implausible” that the 9/11 Hijackers Acted Without Government Backing 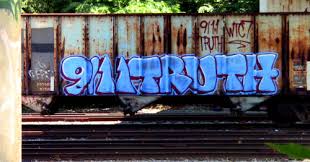 Secret 9/11 Documents: “Implausible” that the 9/11 Hijackers Acted Without Government Backing

Congressman Thomas Massie read the 28 classified pages of the Joint Intelligence Committee Inquiry into 9/11 (the joint Senate and House investigation into 9/11) and immediately called for them to be released to the public:

By way of background, the former Chair of the Senate Intelligence Committee, outside adviser to the CIA, and Co-Chair of the congressional investigation into 9/11 – Bob Graham – says:

I have personally talked to the other cochair of the Congressional Joint Inquiry, a man who was a very distinguished congressman and, later, director of the CIA [Porter Goss], I have talked to the two chairs of the … 9/11 Commission, asking them, what do you think were the prospects of these 19 people being able to plan, practice, and execute the complicated plot that was 9/11 without any external support?

All three of them used almost the same word: “Implausible”. That it is implausible that that could have been the case.

Yet that has now become the conventional wisdom to the aggressive exclusion of other alternatives.

Indeed, it is pretty clear that 9/11 was state-sponsored terror … although people argue about which state or states were responsible (we personally believe that at least two allied governments were involved).

Indeed, Graham – along with 9/11 Commissioner and former Senator Bob Kerrey – said in sworn declarations that the Saudi government is linked to the 9/11 attacks. They’re calling for either a “permanent 9/11 commission” or a new 9/11 investigation to get to the bottom of it.

And many other top U.S. counter-terrorism officials say that the government’s explanation of the 9/11 hijackers being “lone wolves” connected only to Al Qaeda is ridiculous. See this and this.

Indeed, the Joint Congressional Inquiry into 9/11 found that the Saudi government supported the 9/11 attacks, but the Bush administration classified the 28 pages of the report which discussed the Saudis.

A bipartisan bill – introduced by congressmen Walter B. Jones (Republican from North Carolina) and Stephen Lynch (Democrat from Massachusetts) would declassify the 28 pages of the Joint Inquiry which implicate the Saudi government.

Sadly, both the Bush and Obama administrations have gone to great lengths to keep Saudi involvement under wraps for more than 10 years.

Remember, the U.S. government allowed members of Bin Laden’s family – and other suspicious Saudis – to hop on airplanes and leave the country right after 9/11 without even interviewing them, even though air traffic was grounded for everyone else.

Additionally, a Saudi FBI informant hosted and rented a room to Mihdhar and another 9/11 hijacker in 2000.

Investigators for the Congressional Joint Inquiry discovered that an FBI informant had hosted and even rented a room to two hijackers in 2000 and that, when the Inquiry sought to interview the informant, the FBI refused outright, and then hid him in an unknown location, and that a high-level FBI official stated these blocking maneuvers were undertaken under orders from the White House.

As the New York Times notes:

Senator Bob Graham, the Florida Democrat who is a former chairman of the Senate Intelligence Committee, accused the White House on Tuesday of covering up evidence ….The accusation stems from the Federal Bureau of Investigation’s refusal to allow investigators for a Congressional inquiry and the independent Sept. 11 commission to interview an informant, Abdussattar Shaikh, who had been the landlord in San Diego of two Sept. 11 hijackers.

In his book “Intelligence Matters,” Mr. Graham, the co-chairman of the Congressional inquiry with Representative Porter J. Goss, Republican of Florida, said an F.B.I. official wrote them in November 2002 and said “the administration would not sanction a staff interview with the source.” On Tuesday, Mr. Graham called the letter “a smoking gun” and said, “The reason for this cover-up goes right to the White House.”

Obama has been no better.  Obama’s Department of Justice filed an amicus brief in the U.S. Supreme Court arguing that the lawsuit brought by the families of victims killed in the 9/11 attacks against Saudi Arabia should be thrown out of court (it was; but the Supreme Court reversed that decision).

Graham said that he’s lobbied Obama for years to release the 28 pages and to reopen the investigation, but Obama has refused. The former Chair of the Senate Intelligence Committee and 9/11 investigator has even resorted to filing Freedom of Information requests to obtain information, but the Obama administration is still stonewalling:

Graham said that like the 28 pages in the 9/11 inquiry, the Sarasota case is being “covered up” by U.S. intelligence. Graham has been fighting to get the FBI to release the details of this investigation with Freedom of Information Act (FOIA) requests and litigation. But so far the bureau has stalled and stonewalled, he said.

And a former U.S. congressman for 6 years, who is now a talking head on MSNBC (Joe Scarborough) says that – even if the Saudi government backed the 9/11 attacks – Saudi oil is too important to do anything about it:

Although it’s been more than a decade ago when this horrific event occurred, I think [the questions of who supported the attacks] have real consequences to U.S. actions today.

For example, the U.S. might not want to support – let alone launch joint military adventure alongside – a regime which supported the 9/11 hijackers.

[Question]: Senator Graham, are there elements in this report, which are classified that Americans should know about but can’t?

SEN. BOB GRAHAM: Yes … I was surprised at the evidence that there were foreign governments involved in facilitating the activities of at least some of the terrorists in the United States.

I am stunned that we have not done a better job of pursuing that to determine if other terrorists received similar support and, even more important, if the infrastructure of a foreign government assisting terrorists still exists for the current generation of terrorists who are here planning the next plots.

To me that is an extremely significant issue and most of that information is classified, I think overly-classified. I believe the American people should know the extent of the challenge that we face in terms of foreign government involvement. That would motivate the government to take action.

[Question]: Are you suggesting that you are convinced that there was a state sponsor behind 9/11?

SEN. BOB GRAHAM: I think there is very compelling evidence that at least some of the terrorists were assisted not just in financing — although that was part of it — by a sovereign foreign government and that we have been derelict in our duty to track that down, make the further case, or find the evidence that would indicate that that is not true and we can look for other reasons why the terrorists were able to function so effectively in the United States.

[Question]: Do you think that will ever become public, which countries you’re talking about?

SEN. BOB GRAHAM: It will become public at some point when it’s turned over to the archives, but that’s 20 or 30 years from now. And, we need to have this information now because it’s relevant to the threat that the people of the United States are facing today.

Postscript: Ironically, the U.S. government has in the past alleged state sponsorship of 9/11 when it suited its purposes. Specifically, people may not remember now, but – at the time – the supposed Iraqi state sponsorship of 9/11 was at least as important a justification for the Iraq war as the alleged weapons of mass destruction. This claim that Iraq is linked to 9/11 has since been debunked by the 9/11 Commission, top government officials, and even – long after they alleged such a link – Bush and Cheney themselves. But 70% of the American public believed it at the time, and 85% of U.S. troops believed the U.S. mission in Iraq was “to retaliate for Saddam’s role in the 9-11 attacks.”

1 Comment to “ Secret 9/11 Documents: “Implausible” that the 9/11 Hijackers Acted Without Government Backing”