Authored by Derrick Broze via ActivistPost.com,

After rejecting a massive network of surveillance cameras and tracking devices, Seattle residents are now being forced to pay for the removal of the invasive equipment. 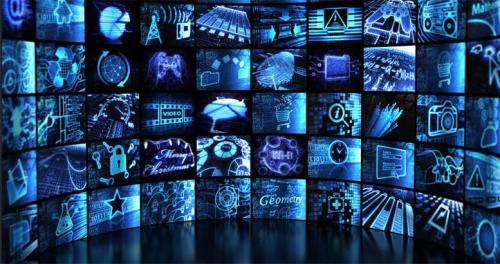 Following years of resistance from citizens, the city of Seattle has decided to completely remove controversial surveillance equipment – at a cost of $150,000. In November 2013, Seattle residents pushed back against the installation of several mesh network nodes attached to utility poles around the downtown area. The American Civil Liberties Union of Washington and privacy advocates were immediately concerned about the ability of the nodes to gather user information via the Wi-Fi connection.

The Seattle Times reports on the latest developments:

Seattle’s wireless mesh network, a node of controversy about police surveillance and the role of federal funding in city policing, is coming down.

The nodes were purchased by the Seattle Police Department via a $3.6 million grant from the Department of Homeland Security. The Seattle Police Department argued the network would be helpful for protecting the port and for first-responder communication during emergencies. As the Times notes, “the mesh network, according to the ACLU, news reports and anti-surveillance activists from Seattle Privacy Coalition, had the potential to track and log every wireless device that moved through its system: people attending protests, people getting cups of coffee, people going to a hotel in the middle of the workday.”

However, by November 2013, SPD spokesman Sean Whitcomb announced, “The wireless mesh network will be deactivated until city council approves a draft (privacy) policy and until there’s an opportunity for vigorous public debate.” The privacy policy for the network was never developed and, instead, the city has now opted to remove the devices at a cost of $150,000. The Times notes that, “crews are tearing its hardware down and repurposing the usable parts for other city agencies, including Seattle Department of Transportation traffic cameras.”

The ACLU celebrated the decision to remove the devices. “It’s an issue we’d advocated around for a very long time,” said Shankar Narayan, the ACLU’s Washington technology and liberty director.

“We have a longstanding principle that suspicionless surveillance of general populations is not useful and chills people’s constitutionally protected rights.”

The city of Seattle does indeed have a record of pushing back against surveillance. In 2013, the city abandoned a plan for drone aircraft after facing a similar public backlash.

However, despite the victory of having the city remove the devices, it should be noted that the cost to take down the equipment will come from taxpayers. This means the taxpayer is penalized twice. First, the federal funding from DHS comes from taxpayers’ pockets (since government does not create wealth, they take it from the people). Next, the public expresses their concern and opposition to the equipment, forcing the local government and police to abandon their plans. Finally, the taxpayers will now foot the bill to have the invasive equipment removed. This situation is a perfect example of how government always takes from the people. Anything they provide to the people was originally taken from pockets of hardworking Americans.

Unfortunately, this is not the first time we have seen the feds attempt to install invasive equipment on utility poles. In April 2016, Activist Post reported that Phoenix resident Brian Clegg witnessed a mysterious box being installed on a power pole. Clegg said the box was facing his house and he believed it may have had cameras inside. The pole was owned by Arizona’s largest power provider, SRP, who claimed no one had permission to put the box on their pole. Brian Clegg says shortly afterwards SRP sent a crew to remove the box.

Shortly after ABC15 investigated the matter, the bureau of Alcohol, Tobacco and Firearms and Explosives(ATF), a branch of the U.S. Department of Justice, acknowledged installing the box as part of an ongoing investigation. Officials with the ATF would not provide details about their alleged investigation and would not confirm if they were conducting surveillance in the area.