By Kaja Whitehouse and Bruce Golding, published on NY Post, on May 17, 2018 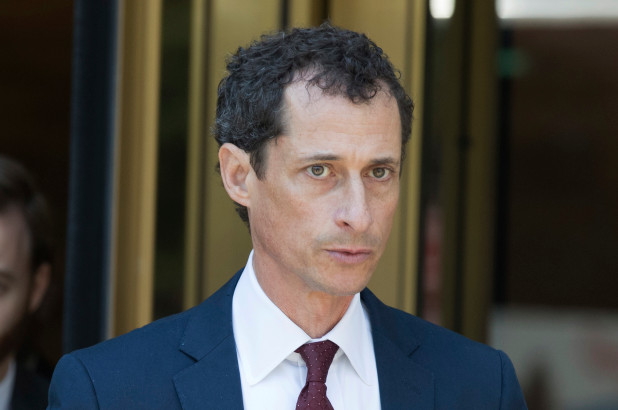 A panicked Anthony Weiner gave all his electronic devices to private investigators two days after he was exposed for engaging in lewd, online exchanges with a 15-year-old girl, court records revealed Thursday.

A newly unsealed, search-and-seizure warrant obtained by the feds shows that the disgraced ex-pol handed over an iPhone, iPad and laptop computer to Granite Intelligence on Sept. 23, 2016.

The move followed an explosive report that revealed how Weiner asked the underage teen to get naked on camera and told her: “I would bust that tight p—y.”

The serial sexter — whose online aliases included “Carlos Danger” — wanted to rid himself of the incriminating evidence and “facilitate transfer to the government” so he could avoid an FBI raid on the Union Square apartment he shared with his wife and young son, a source familiar with the matter said.

Granite Intelligence, which is based in Midtown Manhattan and was co-founded by a former New York City prosecutor, is “committed to resolving our clients’ problems with intelligence, integrity and discretion,” according to its Web site.

Federal agents got permission to seize the electronics on Sept. 26, 2016, and a search of the laptop turned up e-mails between Weiner’s wife, Huma Abedin, and her boss, then-Democratic presidential candidate Hillary Clinton.

The discovery led the FBI to re-open its investigation into Clinton’s use of a private e-mail server while she served as secretary of state under former President Barack Obama.

Clinton has blamed the reopening of the probe, which then-FBI Director James Comey revealed to Congress 11 days before the 2016 election, for her loss to President Trump.

Last year, Weiner tearfully pleaded guilty to transferring obscene material to a minor, breaking down as he told the judge: “I knew that was morally wrong.”

At his September sentencing, Weiner — whose sexting habit cost him his seat in Congress and a comeback campaign for New York City mayor — said he’d been “a very sick man for a very long time” and begged for probation.

But he was ordered to serve 21 months in the slammer, and is currently locked up at the Federal Medical Center in Ayer, Mass.