by Arjun Walia, published on Collective Evolution, on March 6, 2016 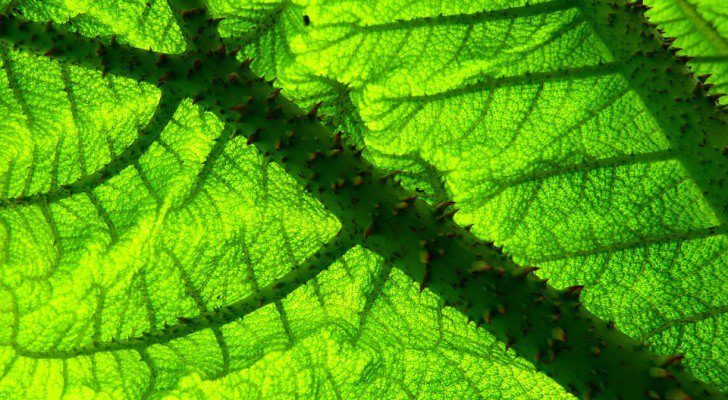 Why does the title of this article emphasize that ‘truly impossible’ results were witnessed? Because providing an explanation for what happened here is literally impossible right now, despite the fact that it happened repeatedly.

Extra ordinary human potential is something that has been studied for decades; and although a number of studies have been conducted which have yielded statistically significant results, there is still a harsh resistance by mainstream scientists to look at these topics.

On the other hand, many distinguished scientists are also recognizing and accepting the importance and relevance of this type of phenomena. Material science is great, but it’s time to usher in the reality of non-material science, something Nikola Tesla said would advance humanity immensely, with progress increasing at an exponential rate.

Quantum mechanics has questioned what we perceive to be the ‘material’ foundations of the world by showing that subatomic particles and atoms are not really solid objects, and has brought human consciousness into the equation.

Many scientists, including a large majority of our pioneering scientists, have been emphasizing the importance of factors associated with consciousness (like measurement and observation) and the influence it has on our physical material world.

These abilities have been demonstrated before under controlled conditions. One of the best known examples involves Ingo Swann who has his ‘remote viewing‘ abilities put under study. This effort began, supposedly, because the CIA had concerns about Soviet investigations into psychic phenomenon, as the United States had gathered intelligence showing that the Soviets were engaged in “psychotronic” research. You can read the publication as the results were published in the Journal of Scientific Exploration. (Puthoff, Harold E. 1996. CIA-Initiated Remote Viewing Program at Stanford Research Institute. Journal of Scientific Exploration, 10(1), 63-76.

This is important to mention because human ability that defies the current known laws of physics has been an interest to various governments, especially western intelligence agencies.

But, it’s not just western intelligence agencies who’s interests are piqued by this topic. China is also very active when it comes to identifying individuals with certain extended human capacities. For example, a paper published in the Peoples Republic of China (PRC) in September 1981, in the journal Ziran Zazhi (Nature Journal) tilted “Some Experiments on the Transfer of Objects Performed by Unusual Abilities of the Human Body” (Shuhuang et al., 1981) reported that ‘gifted children’ were able to cause the teleportation of small physical objects from one place to another.

There are also some extraordinary claims from a publication titled “Exceptional Functions of the Human Body.” This study reports of highly accurate parapsychological effects, including clairvoyance, psychokinetic effects, and more. (source)

In a report published in 2010, by retired research chemist Dong Shen, an experiment is described involving mental teleportation of bits of paper out of a sealed plastic film container. What’s even more fascinating is that these methods were taught to others and the success rate was 40 percent.

It’s also important to mention that what Dean Radin, the Chief Scientist at the Institute of Noetic Sciences, states:

Evaluating the details and credibility of these studies have been difficult because many of the papers appear only in Chinese. The techniques have not yet been reported outside of China, and the experimental methods employed in conducting such tests do not appear to be as rigorously controlled as compared to typical Western methods…

Despite this fact, hundreds of elite, specially trained researchers from a number of scientific disciplines within China’s universities have studied unexplainable phenomena cultivated by this supposed unique group of people with ‘Exceptional Human Functions.’

“The results of the Chinese Teleportation experiments can simply be explained as a human consciousness phenomenon that somehow acts to move or rotate test specimens through a 4th spacial dimension, so that specimens are able to penetrate the solid walls/barriers of their containers without physically breaching them.”  – Eric Davis, Ph.D, FBIS (source)

The Effects Of ‘QI Energy’ On Plant DNA & Cellular Growth

A study published in the American Journal of Chinese Medicine, as seen in the the US National Library of Medicine, demonstrated that a women with special abilities was and is able to accelerate the germination of specific seeds for the purposes of developing a more robust seed stock.  As the study states:

Chulin Sun is a woman with exceptional powers (Shen and Sun, 1996, 1998; Sun, 1998). A member of the Chinese Somatic Science Research Institute, she is a practitioner of Waiqi. Waiqi is a type of qigong that teaches the practitioner to bring the qi energy of traditional Chinese medicine under the control of the mind. Chulin Sun can induce plant seeds to grow shoots and roots several cm long within 20 min using mentally projected qi energy (Fig. 1). This has been demonstrated on more than 180 different occasions at universities as well as science and research institutions in China (including Taiwan and Hong Kong) as well as other countries (e.g., Japan, Thailand, Malaysia, etc.) (Ge et al., 1998; Qin et al., 1998; Lee et al., 1999). We took part in and repeated the qi germination experiments seven times, and five of them succeeded (Ge et al., 1998). This remarkable effect on seed development has drawn widespread attention (Tompkins and Bird, 1973; Lee, 1998), but the biological mechanisms that underlie this phenomenon are unknown.(source)

Pretty remarkable isn’t it? How does Sun do it? Apparently, she enters into a deep trance-like state, and from this place, she is able to advance the time required for sprouting dry seeds from their usual 3 to 4 days , to 20 minutes, generating a sprout growth of 3-4 inches. After a genetic analysis, scientists confirmed this to be the case.

The abstract of the study also states,

It was thought preliminarily that qi energy changed the structure of a germination-correlated gene site speeding up expression and advancing it in time.

This was preliminary thought because video tapes from the recording of this experiment showed time distortion. It was also reported that near-by-clocks will show the full time of the experiment as it passes, despite the fact that, in some cases, the camera only showed 1 minute of film time.  It’s funny, because these time disturbances are also commonly reported with these types of practices in Chinese folklore.

According to Danielle Graham, a founding editor and current Editor in-Chief of SuperConsciousness Magazine (also an American Institute of Physics experimental researchers) states that,

Those who study the physical effects of the EHF’s mind-matter interface often collaborate on their findings. The researchers agree they are observing repeatable, hyper-time-space-non-linear macro phenomena that violate the classical and relativistic models in which the nature of physical matter is currently understood…

It is commonly understood by these scientists that an EHF’s personal and individual evolution is directly linked to their individual skills; the greater their capacity to manipulate matter; the more spiritually evolved the EHF is considered to be…

While westerners who openly demonstrate mind/matter interface are publicly reviled and discredited, the known EHF’s in China are honored as heroes and celebrities; national treasures that are sought after as teachers, advisors and consultants. (source)

The study of phenomena like this have been happening for years and will hopefully continue into the years to come. The mainstream opens up more and more when it comes to these topics and it’s only a matter of time before, like many previously unbelieved phenomena, will become much better understood and self evident.

I joined the CE team in 2010 shortly after finishing university and have been grateful for the fact that I have been able to do this ever since 🙂 There are many things happening on the planet that don’t resonate with me, and I wanted to do what I could to play a role in creating change. It’s been great making changes in my own life and creating awareness and I look forward to more projects that move beyond awareness and into action and implementation. So stay tuned 🙂 arjun@collective-evolution.com