by Arjun Walia, published on Collective Evolution on January 8, 2016 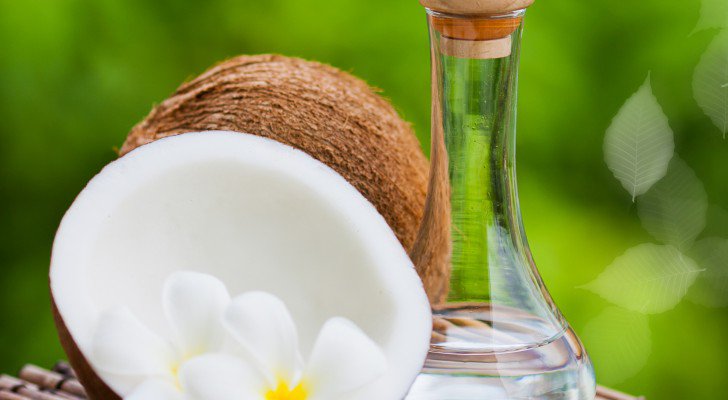 Colon cancer: it’s one of the most common cancers among both men and women, and although a number of natural remedies have been linked to the prevention of this disease, government health authorities are quick to mention that not enough research has been done to warrant prescribing them. This is a common theme when it comes to using food as medicine and the science behind it. It’s unfortunate that science today is dominated by the pharmaceutical industry, and that most of the research received by physicians in the Western world comes directly from pharmaceutical companies.

“The medical profession is being bought by the pharmaceutical industry, not only in terms of the practice of medicine, but also in terms of teaching and research. The academic institutions of this country are allowing themselves to be the paid agents of the pharmaceutical industry. I think it’s disgraceful.”  – (source)(source) Arnold Seymour Relman (1923-2014), Harvard Professor of Medicine and Former Editor-in-Chief of the New England Medical Journal

This, however, does not mean that other research, published in reputable peer-reviewed journals, is not being conducted, or is not significant.

A great example comes from a study that shows there is an active anti-cancer component in coconut oil that constitutes 50 percent of its makeup. It’s called lauric acid, and in a study published in the journal Cancer Research, researchers at the University of Adelaide discovered this component completely exterminated more than 90 percent of colon cancer cells after just two days of treatment in a colon cancer cell line (CRC) in vitro. The study also reports/cites studies that postulate and indeed support the position that lauric acid can induce cancer cell death both in vitro and in vivo. For this study, the researchers used the rat small intestinal cell line as a model of normal intestinal epithelial cells, which again, “demonstrated that lauric acid induced considerable cell death.” Although there is still much to learn, there is obviously some potential here.

That being said, as reported by the United Nations University, experiments are being conducted with animals to find out how coconut oil can guard against cancer and have already yielded some interesting results. You can read more about that here.

What’s the difference between in vivo and in vitro studies? For in vitro studies, researchers conduct experiments using cells in a petrie dish, or perform a procedure in a controlled environment outside of a living organism. So, when we are talking about coconut oil and cancer, the study has not been performed in vivo, where researchers will perform experiments on whole, living organism as opposed to a partial or dead organism. Animal studies and clinical trials are two forms of in vivo research.

Unfortunately, clinical trials are highly expensive, making studying the beneficial effects of lauric acid on cancer difficult for researchers who lack proper access to funding. Despite the fact that multiple studies stress the need for more rigorous research, there is simply no money available. Why is this? It’s because medical research is funded by pharmaceutical companies, and pharmaceutical grade products, like drugs, are what they test in human and animal clinical trials. Things found in nature cannot be patented. Drugs can. It is therefore not in the best interests of a pharmaceutical company to fund this type of research, even though it is clearly in the best interests of the rest of the population.

Below is a clip of Dr. Peter Rost, a former vice president of one of the largest pharmaceutical companies in the world, Pfizer. In it he explains the monetary issue…

Lauric acid, the colon cancer killing property within coconut oil, is typically found in breast-milk as well. It’s a medium-chain fatty acid which supports the immune system and has plenty of antimicrobial properties. Some people consider raw, organic, virgin coconut oil to be a superfood that can help heal cancer and other disease, and studies like the one above support that assertion.

According to the American Society for Nutrition, clinical studies have also shown that the fats found within coconut oil (MCFAs) “may be useful in treating and preventing diseases such as diabetes, osteoporosis, virus-related diseases (mononucleosis, hepatitis C, herpes, etc.),  gallbladder disease, Chrohn’s disease, and cancer.” (source)

Coconut oil has even been shown to decrease the side effects of chemotherapy and improve the quality of life for cancer patients. (source)

The point is that there are too many potential health and healing properties associated with virgin coconut oil to count, and further research would be, inarguably, beneficial. If you are interested in learning more about it we encourage you to further your research.

For starters, you can check out this article by Greenmedinfo.com: “The 50 Latest Coconut Oil Benefits, Backed By Science.”

There are so many potential cancer healing foods and plants out there, it’s literally overwhelming, and at the same time heartbreaking that pharmaceutical companies do not use their funds to encourage more research, or acknowledge the research that has already been done. As it stands now, 25 percent of the active ingredients in cancer drugs are found only in the Amazon, despite the fact that only 10 percent of its plants have been studied for their medicinal properties.

According to  studies published in Life Sciences, Cancer Letters and Anticancer Drugs, artemesinin, a derivative of the wormwood plant commonly used in Chinese medicine, can kill off cancer cells and do it at a rate of 12,000 cancer cells for every healthy cell. (source)

Here is a clip of a molecular biologist explaining how THC completely kills cancer cells.

The list goes on and on, and there are hundreds, if not thousands, of similar studies that urge further examination into these potentials.

We’re incredibly passionate about what we do because we know the world NEEDS conscious media. The world is confusing and mainstream media is often making it worse – making what we do even more important.

Producing news is costly! So we opened up a store. to help support our work and expand it while giving people something in return as.

Everything in our store so far is in line with what we believe in and all proceeds support what we do.

If you resonate, help support our work.