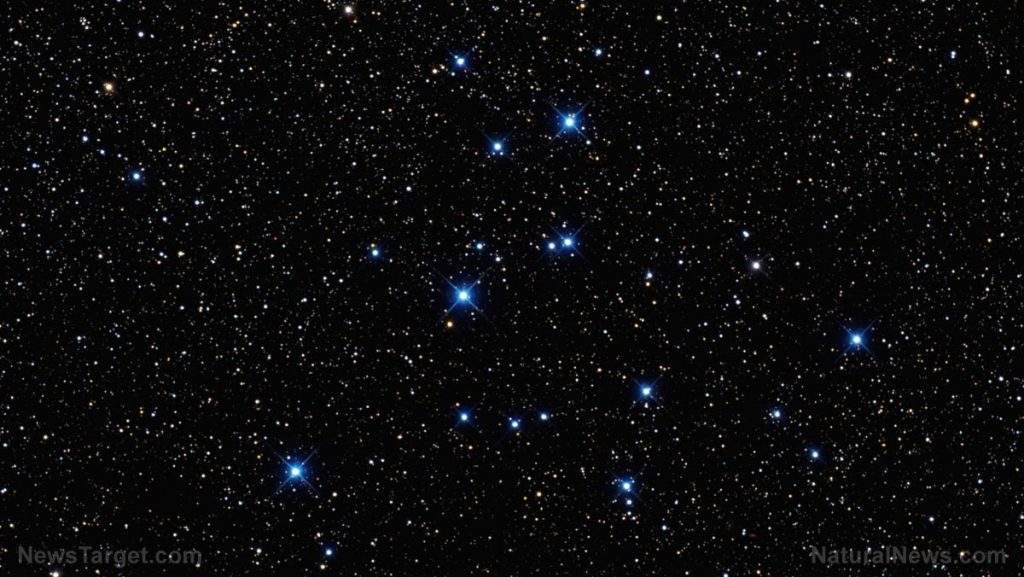 (Natural News) Researchers have been forced to backtrack on what little they thought they understood about the enigmatic substance called “dark matter.” The 180-degree turn came in the wake of a new study that suggested dark matter may not really be interacting with forces outside of gravity, according to a ScienceDaily article.

In 2015, an international research group announced what appeared to be a big break in their investigation of dark matter. They were using the Hubble Space Telescope to observe a galaxy in the Abell 3827 cluster, situated around 1.3 billion light-years away from Earth. The galaxy appeared to have broken free from the dark matter that enveloped it.

This could only happen if dark matter is able to interact with other forces other than gravity. The cosmic happenstance promised to provide clues regarding the properties of dark matter.

Astronomers were able to perform in-depth measurements of the dark matter around that galaxy because the Abell 3827 cluster is oriented towards Earth. Their newest findings, however, showed that the dark matter is still attached to the galaxy after all and not detached as they previously thought.

According to Dr. Richard Massey, the lead author of the study, dark matter refuses to interact with the observable parts of the Universe. This makes it very frustrating to investigate.

Normal matter makes up just five percent of the Universe. This includes planets and stars. In contrast, dark matter is matter that is invisible to the electromagnetic spectrum. It constitutes 27 percent of the Universe. Most of the rest of the remainder is made of dark energy, which is just as mysterious. (Related: Scientists now claim “dark energy” – which makes up 68% of the entire cosmos – may be totally imaginary.)

No one knows what dark matter really is. But it plays a significant role in shaping the Universe.

While dark matter is normally invisible, its gravity can distort light. ALMA was able to detect such a distortion of infrared light from another galaxy in the background, allowing it to indirectly detect the dark matter.

Researchers are looking for better angles to observe dark matter

Their new findings showed that dark matter remained inside its galaxy, disproving their earlier report that it could be affected by non-gravity forces. But the researchers are sticking to their guns. They theorize that dark matter might have minimal interaction instead of zero, or that they could not see its sideways displacement because the galaxy could be moving in the direction of Earth.

Study co-author Dr. Andrew Robertson says that different properties of dark matter have distinct signatures. He and his colleagues at Durham University (Durham) will continue looking for such signs.

“One especially interesting test is that dark matter interactions make clumps of dark matter more spherical. That’s the next thing we’re going to look for,” he remarked.

Durham has been leading research on dark matter for years. Its supercomputers have run simulations of several theories regarding non-standard behavior of the mysterious matter. Its newest tool is the SuperBIT telescope, a powerful array that is mounted beneath a helium balloon. From its intended operating altitudes, SuperBIT will be able to observe the dark matter in galaxy clusters.

Find out more about the mysteries of our Universe at Space.news.