Scalia: Silence of the lambs

Scalia: Silence of the lambs 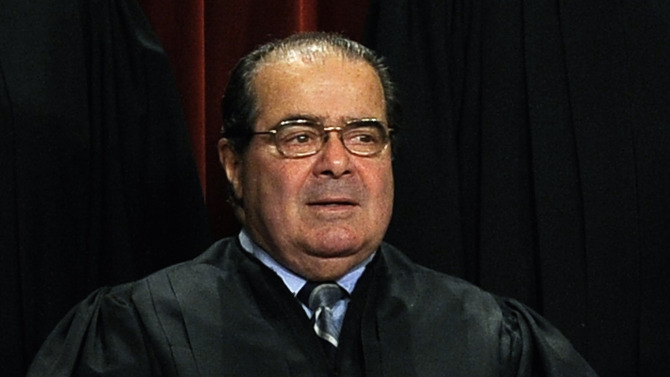 “Associate Justice Antonin Scalia was the senior member of the U. S. Supreme Court and one of the 10 most important public servants in the country. For better or worse over the course of his 29 years on the Court, he was arguably the most influential person in America.” — Eric Mink, Huffington Post, 2/17.

We start here—from the NY Post, “Scalia could have been poisoned: forensic pathologist”:

“Lethal poisoning could have left Supreme Court Justice Antonin Scalia’s body in virtually the same condition in which it was found, a top forensic pathologist told The Post on Wednesday.

“’It would look like he’s asleep. It [poisoning] doesn’t show anything on the body,’ said Dr. Michael Baden, who spent 25 years in the city’s chief Medical Examiner’s Office.

“Still, Baden stressed that natural causes was a plausible explanation.”

However, the official pronouncement of natural causes carries a burden with it. The burden of some semblance of proof. In this case, there was none.

And if you think “none” should be SOP in the case of a US Supreme Court Justice, you need to think again.

Judge Cinderela Guevara, miles away from Scalia’s body, sitting on the phone, rendered the judgment of natural causes after talking with marshals, none of whom had forensic training; and after talking with Scalia’s doctor, who was a few thousand miles from the Texas ranch where Scalia died.

Apparently, Scalia’s doctor told Judge Guevara that Scalia had a heart condition. Yes? And? This is proof a US Supreme Court Justice died of a heart attack?

Guevara, like a true bumbling amateur (or was something more ominous going on here?), decided no autopsy of the body was necessary. She decided she was too busy (doing what?) to climb in her car and drive to the ranch, to oversee the situation and talk to people at the scene.

So she said, on the phone, “Natural causes. No autopsy.”

For a US Supreme Court Justice. In the biggest moment of her professional life.

And the Department of Justice, the FBI, the President, and all the members of US Congress immediately bought it.

No objections. No questions. No outrage.

Just the silence of the lambs.

And thereafter: no chain of custody for bodily evidence.

The body of a US Supreme Court Justice wasn’t put on a plane, from the mile-long airstrip at Cibolo Ranch, under supervision, and flown back immediately to Washington DC for analysis. No.

Instead, it was driven to the Sunset Funeral Home in El Paso, 230 miles from the Ranch. It could have been driven 65 miles to the Alpine Memorial Funeral Home in Alpine, but it wasn’t.

At the Sunset Funeral Home in El Paso, it was promptly embalmed—ruling out the possibility of a conventional autopsy. Even then, forensic pathologist Michael Baden states, toxicology tests could be done by sophisticated analysis. According to Wayne Madsen, reporting for Infowars, no bodily fluids were collected at the funeral home for later analysis.

Roughly 10 hours after the embalming, Scalia’s body was loaded on a plane and flown to Virginia, where Scalia’s family lives.

But “most people think Scalia died of natural causes.” That argument, for impaired minds, carries the day. Nothing more to see, nothing more to know.

“Old man, in ill-health, heart condition. He dies. What else could it possibly be? Natural causes.”

As reported by Eric Mink at the Huffington Post (2/17), in an excellent piece titled “17 Questions About Scalia’s Death,” there were 35-40 guests at the Cibolo Ranch on the weekend Scalia died. Who were they? Was this merely a quail-hunting outing? Or was it another kind of get-together?

No word. Silence. Why haven’t any of those guests spoken to the press? Do they know something that would shed a different light on the official story? Are they afraid? Did someone at the federal level throw a blanket over them?

Judge Cinderela Guevara spoke to a lawyer representing the Scalia family. He said the family didn’t want an autopsy. Who is he? Why hasn’t his name surfaced? Since when is a client’s lawyer’s name a secret?

Scalia traveled to the ranch with a friend. No one is saying who the friend is. That’s also a state secret?

Does the Cibolo Ranch have medical personnel on staff? If so, were any of them called when Scalia was discovered dead in his room?

The official narrative is: old man, long-time public servant, dies peacefully in his sleep of natural causes. This is the thin gloss that prevents any Washington politician with clout from demanding an investigation? This quiets and paralyzes the entire federal establishment, including eight Justices of the Supreme Court?

Not an ounce of conscience among them.

In the wake of this titanic silence, the narrative is quickly and expertly shifted to the question of who will replace Scalia on the bench. That’s the certified subject of chatter. Should Obama appoint a nominee, or should nomination wait for the next President? What is the rule? The Republicans cross swords with the Democrats. Precedents are cited. The man isn’t in his grave, and the hangars-on and petty power players are arguing over his successor. It’s a B movie. Pundits prepare talking points, clean their suits, see their hair stylists, and sidle into their minutes of face time on news shows. The shows deliver filler between commercials.

This is the wet concrete that sets over the death of a US Supreme Court Justice.

The man who could have swept aside all objections, and ordered an investigation, visits the flag-covered casket in the Great Hall of the Supreme Court, stands before it for 30 seconds, moves to a painted portrait of the deceased Justice, lingers there for one minute, and then goes home to vet nominees, a herculean task that will unfortunately prevent him from attending the funeral.