by BZ ⒾAM Riger / Friday, 20 December 2019 / Published in Conversations in the raw

By Marlene Lenthang,  published on The Daily Mail, on December 19, 2019

Satellite imagery from December 6 reveals unusual activity captured outside a dozen hangars of the top secret Tonopah Test Range Airport located on the northern edge of the Nevada Test and Training Range.

The base is known as the facility where aircraft experimented on at the infamous Area 51 base become operational according to The Drive.

The objects were snapped by a Planet Labs’ PlanetScope satellite at 10.15am local time, revealing a small fleet of unidentified aircraft in the southern ‘canyon’ of hangars. 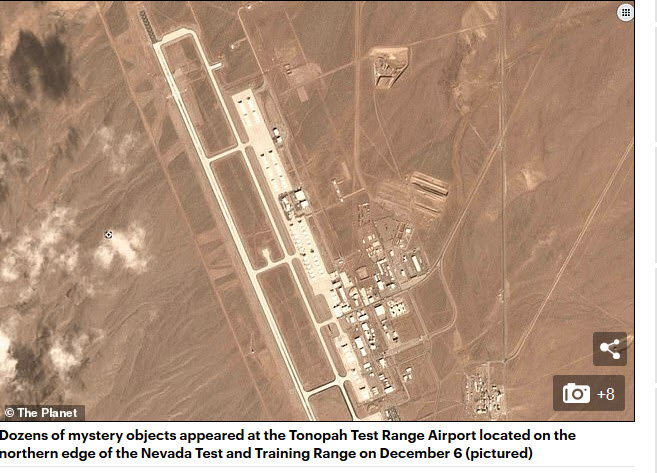 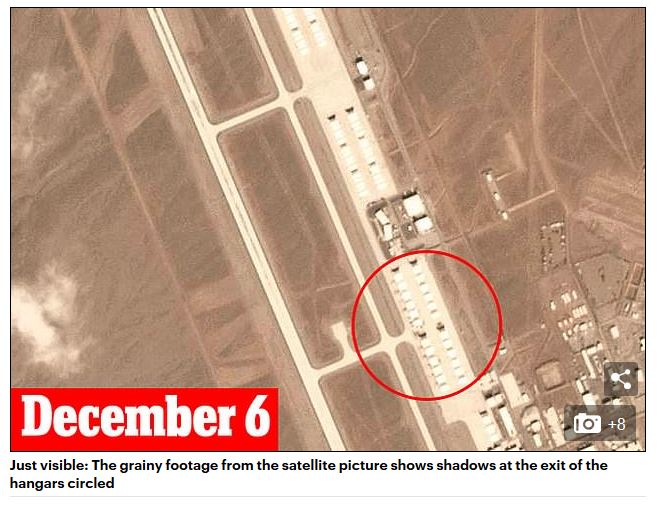 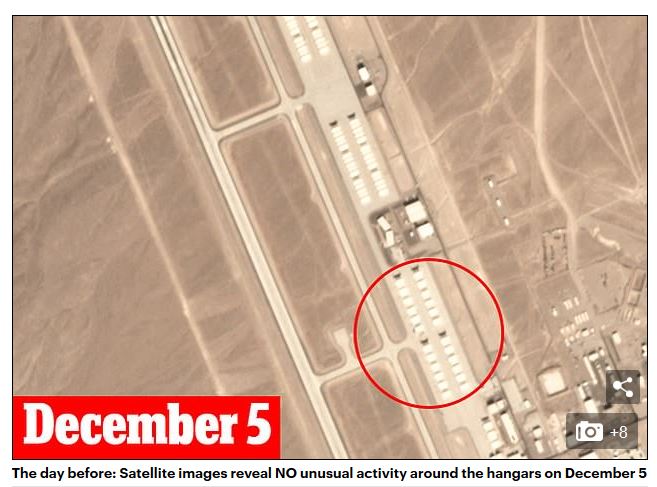 The Tonopah Test Range was first created in a program where American fighter pilots secretly flew and tested captured Russian MIGs against their fellow aviators.

Since then the remote airport and range, which boasts over fifty hangars, has become home to the remaining fleet of retired F-117 Nighthawk stealth aircraft.

Today Tonopah and the range support a number of clandestine programs as well as testing, however recently unusual activity has been spotted around a dozen hangars, which has been caught on satellite footage.

But the December 6 satellite image is unique because it revealed some program was active in the hangars that day and roughly fighter-sized jets were pictured outdoors. 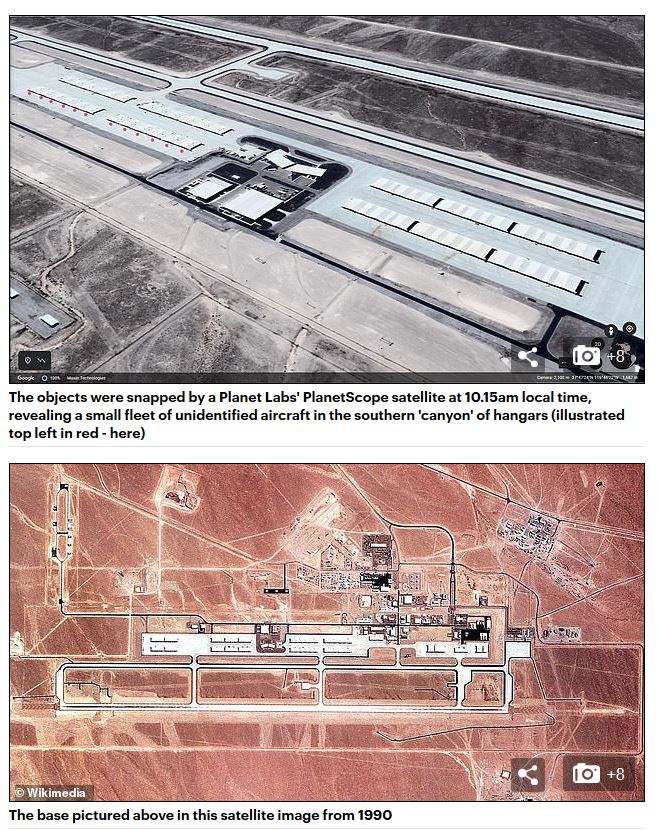 However, it’s not clear what type of aircraft those small white blobs in the satellite images actually are.

As for now it’s still a mystery as to what these objects are and what they will be used for.

One reason they could be out is to troubleshoot any satellite data-link issues before departing. Another theory is that the aircraft may have been out to be fueled. 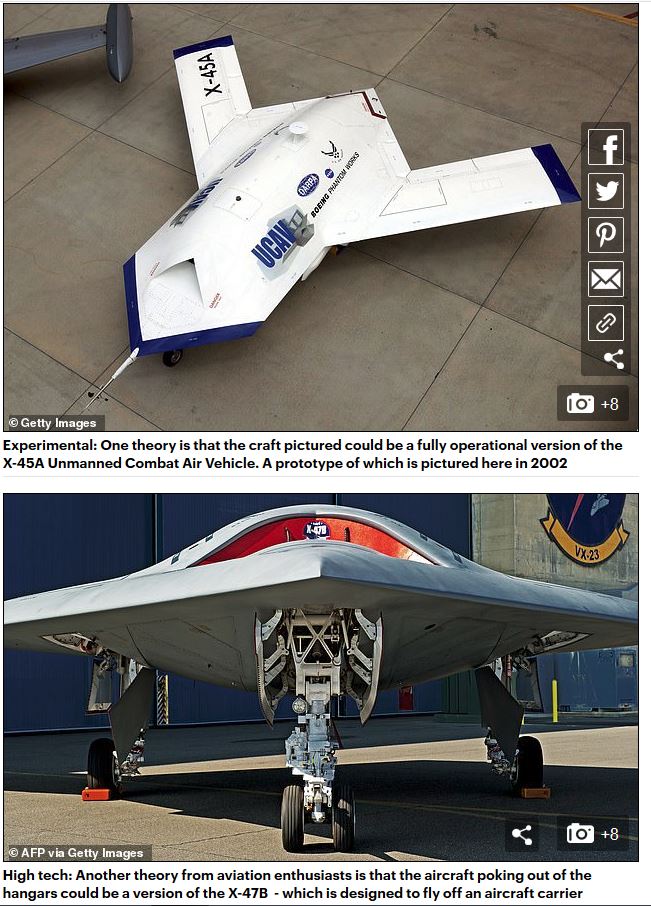 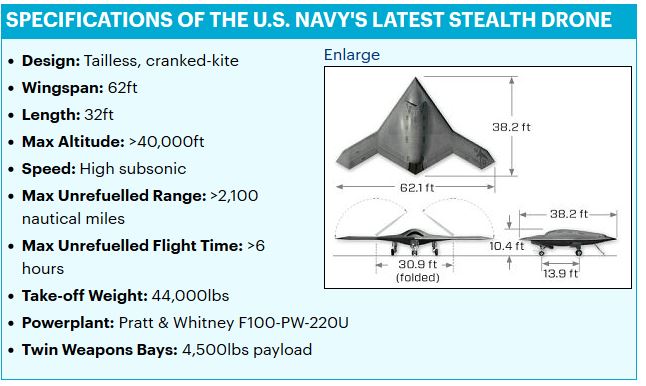 Another theory as to whey so many secretive aircraft were captured at the same time is that some speculate the planes are going out on a mission together.

Furthermore the F-117s are not based  in a series of hangars further north on the facility that the satellite images photographed. 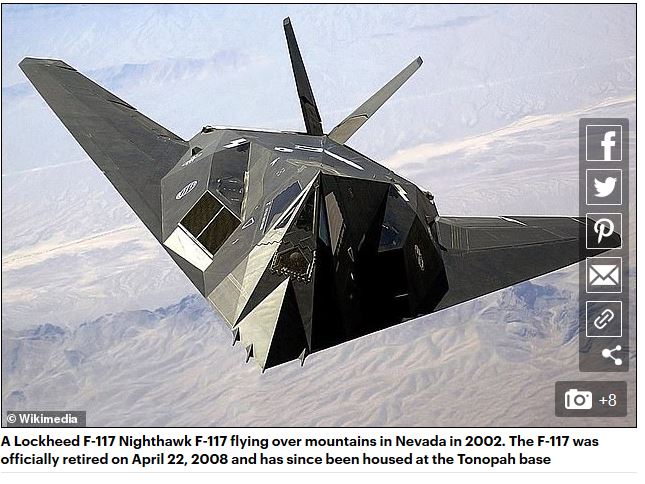 The base has been pretty busy in the second half of 2019. Much of the visible daytime activity picked up by satellite occurs on the northern end of the ramp by the Blue and White clusters.

The base is also an established testing station for USSOCOM aviation-related initiatives.

According to The Drive, Tonopah is a place where secret aircraft end up after being used in experimentation and development states at Area 51.

Once at Tonopah the aircraft become semi-operational or even fully operational – but often remain a secret as with the F-117 and RQ-179 aircraft. 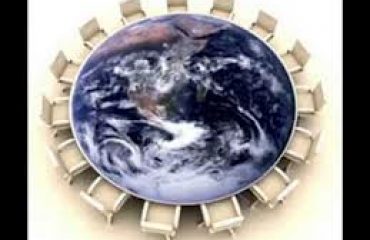 Roundtable Conversations in The Raw: Preparation of Self 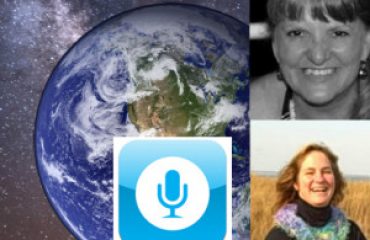 Conversations in The Raw: Banking Preparation for Accessing Your Value 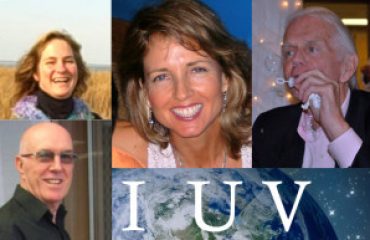 We Are All in A New Landscape: Conversations in the Raw – a Roundtable Discussion