Santa Cruz County, CA (TFC) – The Board of Supervisors in Santa Cruz County, California, have taken a bold step.  The County has decided that they will not do business, including investment services or bond issuances, with five major banks that the Justice Department found to be associated with felonious acts in May of this year. 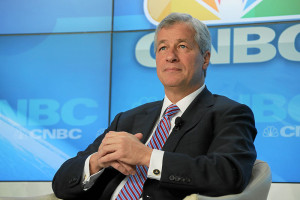 Ryan Coonerty, Supervisor of the Third District of the County, proposed to Mary Jo Walker, (Auditor-Controller-Treasurer) and the rest of the Board of Supervisors that they immediately, and for the term of at least 5 years, cease relations in business with Citigroup, J.P. Morgan & Chase, Barclays, The Royal Bank of Scotland, and U.B.S.

“[These banks] have agreed to plead guilty to felony charges of conspiring to manipulate the price of U.S. dollars and euros exchanged in the foreign currency exchange spot market… The behavior of these banks is offensive and signals a Wall Street culture in which several big banks broke the law even after years of strong criticism and increased regulation following the economic crisis.”

The probe of the five banks mentioned above also included Bank Of America. The banks agreed to pay a total amount of $5.8 Billion earlier this year in settlement of the LIBOR scandal.  Citigroup was fined the largest amount of $925 million by the DOJ, and $325 million by the Fed. JP Morgan & Chase was fined a total of $892 million.  The DOJ cites these banks for their employee’s having violated the Sherman Antitrust Act, which expressly forbids coercive monopolizing any part of trade or commerce within several states or foreign nations.

“There seems to be no limit to the greed in some our nation’s largest banks. I believe it is critical that the County only work with the most trustworthy institutions as we invest and protect the public’s tax dollars. Santa Cruz County should not be involved with those who rigged the world’s biggest financial markets.

The words are sharp, and the idea behind it is razor edged. If every county in just CA followed suit with Coonerty’s idea, that could mean significant losses in revenue for these corporations. The $650 million municipal portfolio reported to be in these banks for Santa Cruz County is just chump change for banks like JP Morgan & Chase.

I for one will be contacting the Board and Treasurer in my own County to recommend that this action be taken local to me, and hope you will as well.