HEAVY snow has covered the Sahara Desert in a freak winter weather storm.
By Helen Barnett, published on The Express, on January 10, 2018

More than 15 inches (40cm) has blanketed sand dunes across the small town of Ain Sefra, Algeria.

It is the second time snow has hit in nearly 40 years, with a dusting also recorded in December 2016.

But this snowfall which hit on Sunday, is much deeper than the fleeting shower little more than a year ago.

Locals, who endure temperatures of 37C in summer, were stunned as dense snow settled on the town, known as ‘the gateway to the desert’. 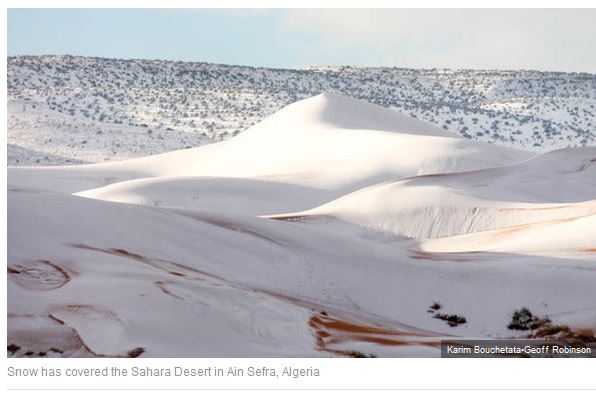 Photographer Karim Bouchetata, who captured the remarkable images, said: “We were really surprised when we woke up to see snow again. It stayed all day on Sunday and began melting at around 5pm.”

Last year’s flurry brought chaos across the town, with passengers stranded on buses after the roads became slippery and icy. Children made snowmen and even sledged on the sand dunes. 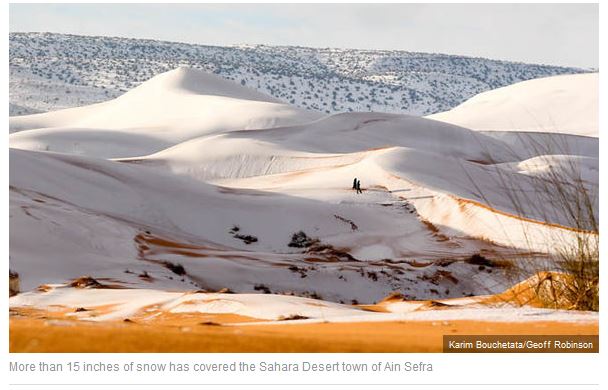 Before that, snow was last seen in Ain Sefra on February 18, 1979, when the snow storm lasted just half an hour.

The cold snap comes as Europe and the United States froze in bitter temperatures.

Winter Storm Grayson, battering the US east coast, has seen the sea freeze in Cape Cod, along with the Niagra Falls in stunning scenes.

A spokesman for the Met Office said this morning: “Cold air was pulled down south in to North Africa over the weekend as a result of high pressure over Europe. 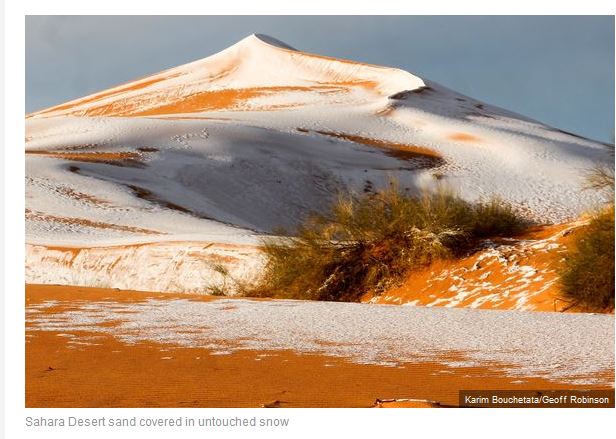 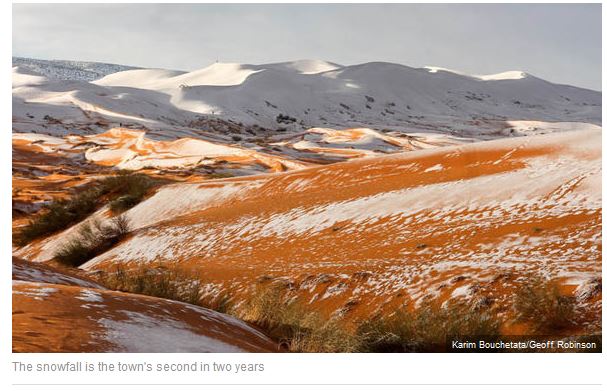 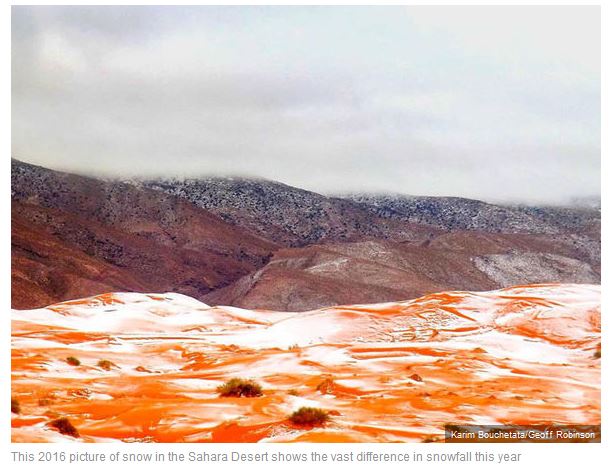 “The high pressure meant the cold weather extended further south than normal.” Ain Sefra is about 1,000 metres above sea level and surrounded by the Atlas Mountains.

Its average temperature for January is 6C, with average lows at -0.3C.The Sahara Desert covers most of Northern Africa and it has gone through shifts in temperature and moisture over the past few hundred thousand years.

Although the Sahara is very dry today, it is expected to become green again in about 15,000 years.