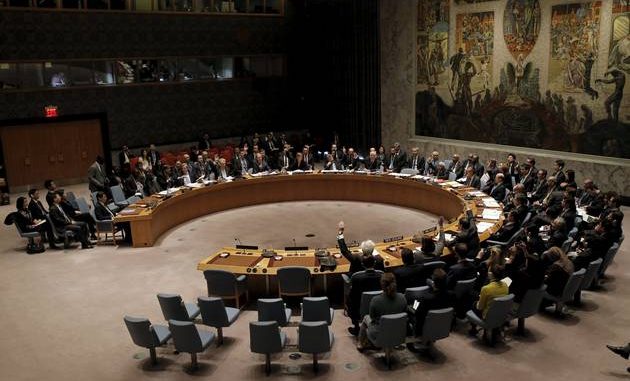 When Russia called out the west for using the UN to promote regime change in Syria — where was the media?

Haley, the US representative to the UN, said that Assad, Russia and Iran “have no interest in peace” and that the US could act unilaterally in Syria if Russia vetoed the current Security Council resolution under consideration.

Talking about the alleged chemical attack yesterday in Syria, Haley said that “Russia closes its eyes to barbarity” and “Russia cannot escape responsibility for [this attack]”.

But no one was bothered to report on what Russia had to say.

He stressed that for Washington and its partners, “everything is guided by regime change” and that the allegations of Assad’s use of chemical weapons are based on “falsified reports from the White Helmets”, an organization that has been “discredited long ago”.

He further added that “taking [the White Helmets] at face value is not profession and not serious.” 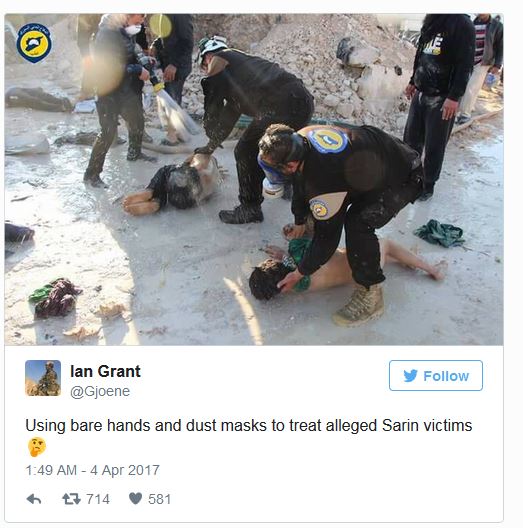 Safronkov pointed out that “the White Helmets are getting mixed up in their reports. Their versions keep changing. They speak of bombs from helicopters, then from planes”.

Russia’s UN representative observed that in “photos and videos we see the White Helmets acting very unprofessionally. Their behavior is very relaxed in these extreme circumstances. All of this is clearly meant to provoke. All of this has been reflected in the resolution.”

Safronkov then asks the US, UK and France: “Did this event take place? Have you even checked what you wrote?“

Russia’s representative finished by slamming the UK for blaming Russia for the deaths of children in Syria. He said that the UK “does nothing” for Syria except “submit drafts meant to provoke” and “pressure investigations” into reporting politically favorable results.

We can’t find a single mainstream report that focuses solely on Safronkov comments.

Apprently the media can’t even identify who Safronkov is.

Here’s how the geniuses at the Interpreter reported this — but misidentifying the person who was actually speaking. What’s the difference? They’re all Russians: