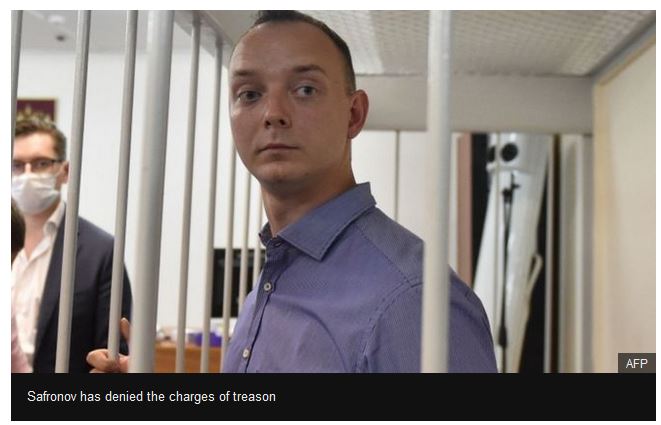 An adviser to the head of the Russian space agency has appeared in court on charges of treason.

Roscosmos said in a statement (in Russian) that former journalist Ivan Safronov’s arrest was not linked to his current job there.

Russia’s FSB security service said he was suspected of spying for a Nato country. He has denied the charges.

Separately on Tuesday journalist Taisiya Bekbulatova was detained after police raided her flat, Kommersant reported. She was questioned as a witness but later told reporters she was unable to answer their questions because of the nature of the case.

Bekbulatova, the chief editor of independent news magazine Holod Media, is reported to be a friend of Safronov.

However, Kremlin spokesman Dmitry Peskov said of the treason allegations: “As far as we know this is not linked to his prior journalistic activity in any way.” 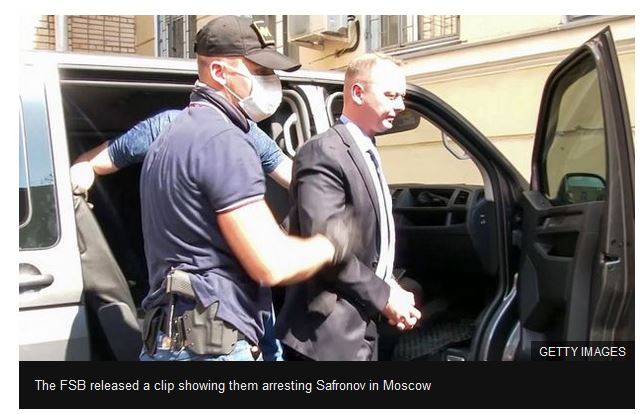 Safronov joined Roscosmos as information adviser to director general Dmitry Rogozin in the middle of May.

The space agency said it was helping investigators with their inquiries.

The former journalist faces up to 20 years in jail if convicted.

An FSB statement said Safronov was believed to have been working for the security services of an unspecified Nato country. 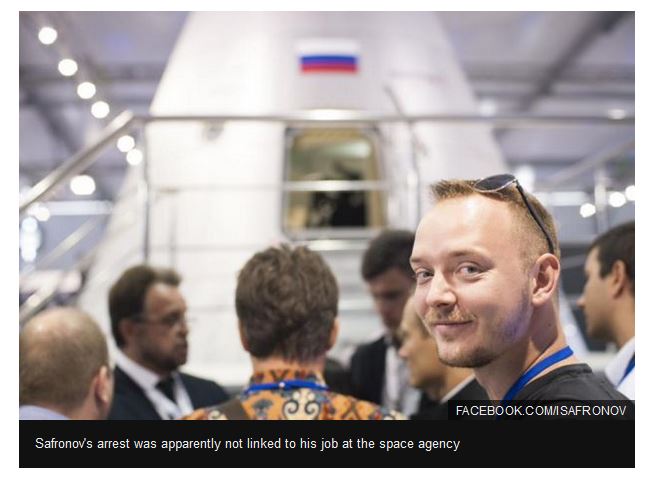 “He gathered and passed to its representative classified information about military-technical co-operation, defence and security of the Russian Federation,” it said.

But in his court appearance, Safronov said he did not admit any guilt.

He refused to give evidence during questioning by the FSB, exercising his right to remain silent, Tass news agency said.

Meanwhile, friends and former colleagues posted messages of support on social media. Several fellow journalists were arrested outside FSB headquarters while demonstrating against his arrest. 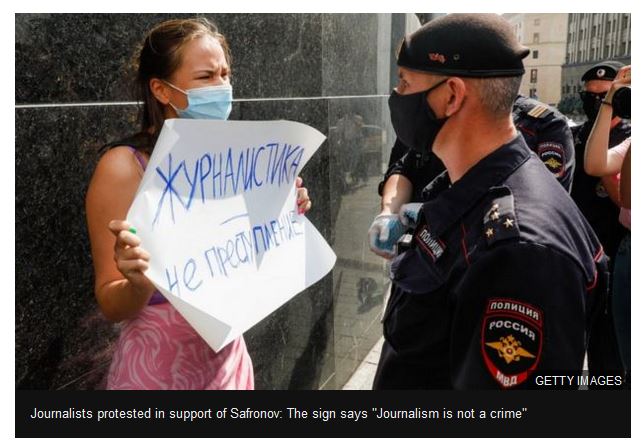 What do we know about his work as a journalist?

Safronov was highly acclaimed as a reporter on military and space issues for Kommersant, before moving to Vedomosti last year.

In June 2019, court proceedings were held over the alleged disclosure by Kommersant of information constituting a state secret.

The information reportedly had to do with an article co-authored by Safronov about Russia’s deliveries of Su-35 fighter aircraft to Egypt. The report was later removed from the Kommersant website.

By the time of the court case, Safronov had been sacked from the newspaper for an article he worked on suggesting that Russian upper house speaker Valentina Matviyenko was about to leave her post. 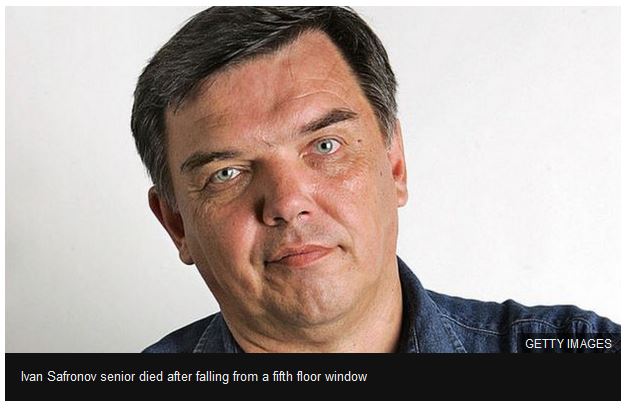 The entire politics desk of the paper resigned in protest at the dismissal.

He died after falling from the fifth floor of a Moscow apartment building in 2007.

Ivan Safronov senior had been investigating claims of planned Russian arms sales to Syria and Iran at the time of his death, Kommersant said.

The Roscosmos State Corporation for Space Activities, to give it its full name, evolved into its current form in 2015 as a national corporation responsible for a wide range of space flights and programmes.

Mr Rogozin, a controversial nationalist politician, took charge of the agency in May 2018.

But it has been beset with problems. An accident later in 2018 forced the launch of a Soyuz rocket to the International Space Station to be aborted.

Just before this incident, the crew on the ISS had discovered a mysterious hole.

The following year, President Vladimir Putin’s pet space project, the Vostochny space centre, was tainted by scandal as top officials were jailed for theft and corruption.