Robert Steele: Mattis Resignation Most Helpful Reaction of Congress Reveals Degree to Which ALL Members are Bribed and Blackmailed 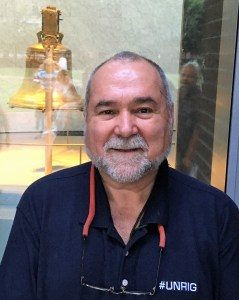 The resignation of James Mattis as Secretary of Defense is both necessary and timely. The Secretary of Defense simply does not “get” that the Koreas will be unified, denuclearized, and demilitarized; that most if not all US bases overseas will be closed starting in Germany and the Italy and Japan; and that it was  the Zionists, not Iran, that did the Marine Beirut Barracks bombing. As with so many in Washington, he has reached the limits of his capabilities and is not ready for the brave new world that is going to include extraterrestial disclosure and the termination of mind-control, geoengineering, and the Deep Underground Military Bases (DUMB) that SecDef has probably not been fully briefed on.

SecDef simply does not “get” that President Trump must achieve an end to elective wars and predatory unilateral militarism abroad (as well as CIA’s smuggling of drugs, guns, gold, cash, and small children), if he is to get a grip on the US Government that supports multiple elite crime families including the Bush and Clinton crime families particularly.

Of equal value to all of us — and to President Trump — is the “bi-partsian” dismay over this resignation.  That tells us all we need to know about the plain fact that most Republican members of Congress are just as worthless as most Democratic members of Congress, and a wholesale turnover of Congress is needed in 2020.

With the exception of myself and a couple of others (none of us being listened to), no one in Washington has conceptualized a Grand Strategy for global engagement (Diplomacy, Development, Defense, & Commerce or D3C), nor specified the steps that need to be  taken to both cut the Department of Defense budget in half (half of the budget is documented waste) while also creating a competent combined arms force that can win wars.

No one is serious about our vulnerabilities with respect to satellites, geospacial information, communication and computing long compromised by the Zionists and others, or the plain fact that we need to end the use of contractors as heavy lifters at the operational and tactical levels.

I have no idea who the President might be considering as a replacement, but pray  that he will select someone who actually understands that DoD is a paper tiger whose primary mission in life is to serve as a funnel for ripping off the US taxpayer and channeling hard-earned taxpayer dollars and very stupidly borrowed dollars to the 1%  that own the pay to play system.

My prayers are with the President, may  God shine his light on the President, and help him select a SecDef with the intelligence, integrity, and imagination to understand that cutting DoD in half is how we both end all of the black projects that are destroying the Republic and the world; and begin the process of cutting the Federal government in half, while making America stronger — great — again.

THE GRAPHIC FOR THE PRESIDENT (Global Engagement Only) 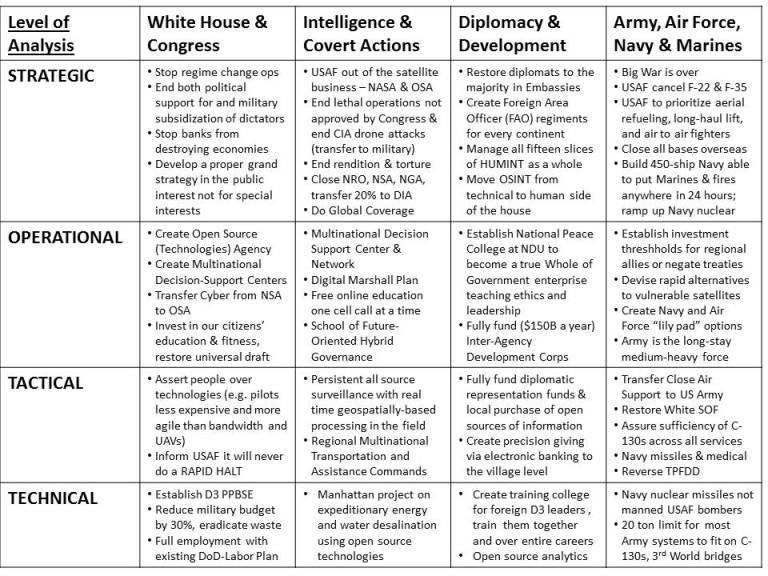 Worth a Look: Book Reviews on War Complex—War as a Racket

Worth a Look: Overthrow of the American Republic by Sherman Skolnick (Free Download)

Worth a Look: Book Reviews on Government Corruption

Worth a Look: Book Reviews on Dereliction of Duty (Defense)

Worth a Look: Book Reviews on Empire as Cancer Including Betrayal & Deceit

Worth a Look: Book Reviews on Institutionalized Ineptitude

Worth a Look: Book Reviews on Intelligence (Lack Of)

Worth a Look: Book Reviews on Bankruptcy of US Economy, Federal Reserve Malfeasance

Worth a Look: Book Reviews on Blue Collar

Worth a Look: Book Reviews on Class War (Global)

Worth a Look: Book Reviews on Corporate & Transnational Crime

Worth a Look: Book Reviews on Corporate Lack of Integrity or Intelligence or Both

Worth a Look: Book Reviews on Elite Rule

Worth a Look: Book Reviews on Middle Class

Worth a Look: Book Reviews on Poverty

Trump made the right decision to quit Syrian conflict

Secretary of Defense James Mattis Will Depart In February

I pray that our President consults Senator Rand Paul on who might thread the needle between the President’s vision and the Rand vision of a foreign policy of freedom (peace, commerce, and honest friendship).  The next Secretary of Defense will, I pray, be chosen in consultation with Senator Rand Paul who stood tall on Yemen and restored the role of the Senate in relation to war.  The next Secretary of Defense should be able to execute a broad reform of national security that is job and revenue neutral from district to district (hint: closing all foreign bases and bringing those troops and their wallets home while also terminating tax-payer hand-outs to dictators frees up hundreds of billions of dollars for direct investment here at home.  We can:

Review: Breaking the Real Axis of Evil–How to Oust the World’s Last Dictators by 2025

Steele, Robert. “Rigging Elections – and Worse! The Americans Rigged Our Election, Bribed Our Government, Stole Our Gold, Killed Our Men, Raped Our Women, and Poisoned our Air, Water, and Earth – and You Want to Blame Something on the Russians?” American Herald Tribune,  10 March 2018.

Gordon Duff, a most extraordindary and well-connected individual, replayed the above without the graphic and added links at Veterans Today with the more salacious title, Mattis Resignation Reveals Zionist Bribery, and then posted this using the graphic and material I had given him in the past. I would certainly support anyone that thinks along these lines and would be honored to serve the President and the Republic in any way.