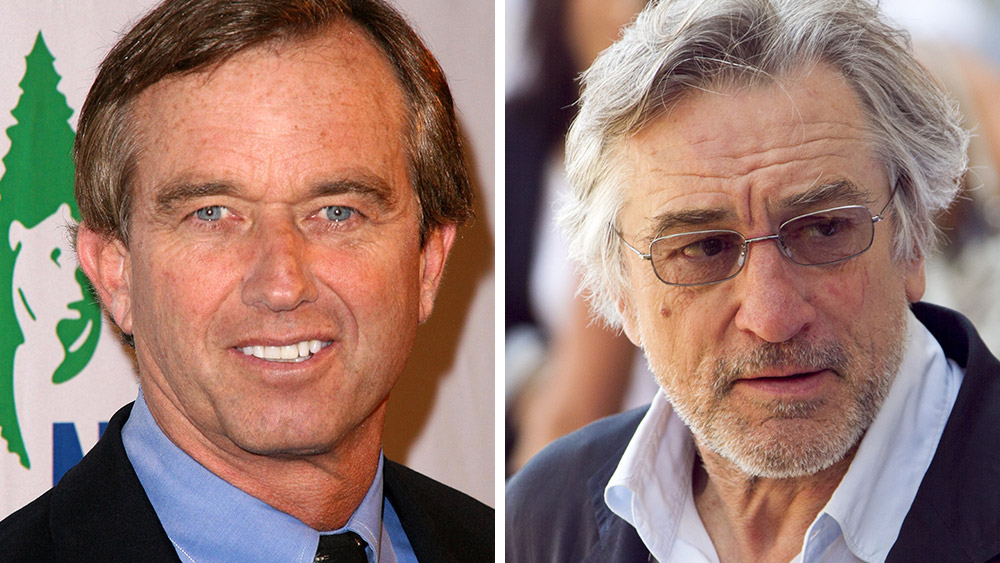 According to a media advisory released this morning, the two are planning on announcing “a unique challenge with substantial cash award to the American people and media.”

The event begins at 9:25 am on Wednesday, Feb. 15 at the National Press Club in Washington D.C. The entire event will also be live streamed from the World Mercury Project’s web site. The World Mercury Project, headed by RFK Jr., “envisions a world where mercury is no longer a threat to the health of our planet and people.”

Robert F. Kennedy, Jr. is the author of Thimerosal – Let the Science Speak: The Evidence Supporting the Immediate Removal of Mercury – a Known Neurotoxin – from Vaccines. Natural News has published a selection of eye-opening excerpts from the book at this link (click here to read all).

For questioning the sanity of injecting mercury into infants, RFK Jr. has been maliciously assaulted by much of the pro-vaccine media, including TIME Magazine which ran this vile hit piece against him, mindlessly citing all the usual mercury lies of the corrupt vaccine industry which continues to maim millions of children each year around the world. (RELATED: See more news about the toxic side effects of vaccines at Vaccines.news)

Robert De Niro has also found himself caught up in the vaccine controversy due to his involvement in the censorship of the VAXXED film from his Tribeca Film Festival, a move that was met with outrage from the autism community and those concerned about toxic heavy metals in vaccines.

After the backlash, De Niro later declared that people should have the right to see the VAXXED documentary and “decide for themselves” what the evidence shows.

For daring to encourage people to educate themselves about vaccines, De Niro was also viciously attacked by the “fake news” mainstream media which relentlessly pushes the dangerous myths of absolute vaccine industry.

As Natural News has previously reported, the CDC is knowingly sitting on a treasure trove of statistical data proving a link between vaccines and autism.

As I have previously stated on Natural News:

It is an astonishing but true fact that both vaccine manufacturers and the media outlets that catapult vaccine propaganda are wholly invested in the irrational, dogmatic belief that vaccines carry absolutely no risks and present no dangers whatsoever to any child. Yet all across the world, children are routinely brain damaged by vaccines, hospitalized by vaccines, paralyzed, put into comas and sometimes killed. The UK government, for example, recently paid out tens of millions of dollars to children damaged by the swine flu vaccine. In Mexico, 75% of the children who were vaccinated in a small town ended up dead or hospitalized, and in Japan, citizens who were paralyzed by the HPV vaccine are now in the process of suing vaccine makers there.

Even the CDC once admitted that up to 98 million Americans were accidentally injected with cancer viruses via polio vaccines. True to form, the CDC memory holed that document from its website three years ago. But even today, the FDA hosts documents on its own website linking vaccines to autism. (Unless they’ve already pulled them by now, of course…)

Listen to the following podcast for additional background on mercury in vaccines and President Trump’s vaccine investigation efforts: