Right about….NOW…it’s dawning on a whole lot of people – some of whom are only going to be **pretending** to be surprised – that the DOJ would start an investigation into SpyGate with a FLIPPED WHISTLE BLOWER and they NEVER MADE A PUBLIC ANNOUNCEMENT THIS HAD HAPPENED.

Right about….NOW…it’s dawning on a whole lot of people – some of whom are only going to be **pretending** to be surprised – that the DOJ would start an investigation into SpyGate with a FLIPPED WHISTLE BLOWER and they NEVER MADE A PUBLIC ANNOUNCEMENT THIS HAD HAPPENED.

Right about….NOW…it's dawning on a whole lot of people – some of whom are only going to be **pretending** to be surprised – that the DOJ would start an investigation into SpyGate with a FLIPPED WHISTLE BLOWER and they NEVER MADE A PUBLIC ANNOUNCEMENT THIS HAD HAPPENED.

This Michael Horowitz revelation, that the @JusticeOIG referred Andy McCabe for criminal conduct that isn't public, is now relevant given we learned today that McCabe might've pressured Pientka to alter his 302, leading Pientka to inform the IG. Cc: @SidneyPowell1 and @GenFlynn https://t.co/0lr2iRAvsO pic.twitter.com/n29UW6gxBd

“Every they’d open up an new investigation into Comey, McCabe, Strzok, all these SpyGate people, I’m expecting a PRESS CONFERENCE, man. I wanna see the ATTORNEY GENERAL announce this himself. I want to be kept up to date on the status of this investigation as it progresses!”

I live in the real world. I know how these things are actually done.

Quick, find me the official DOJ announcement that they’d just opened up investigations into

We’ve known since February of 2019 that US Attorney John Durham was leading a criminal leak investigation against former FBI General Counsel James Baker.

How’d we find that out?

It was in the Congressional TRANSCRIPTS when they were made public.

Baker’s LAWYER insists he can’t answer a question because it touches on an ongoing DOJ investigation against his client, which was being led by US Attorney Durham.

This testimony was taken in October of 2018.

That means BEFORE Oct. of 2018 Durham had been assigned to investigate some of the criminal SpyGate leaks.

And you thought he was coming in like a rookie when Barr tapped him last May?

Hardly. Durham had already been on the job investigating SpyGate for MONTHS.

Let me remind you who was Attorney General before October of 2018, when the SpyGate leaks were already being investigated by US Attorneys.

AND THEY DIDN’T ANNOUNCE IT. 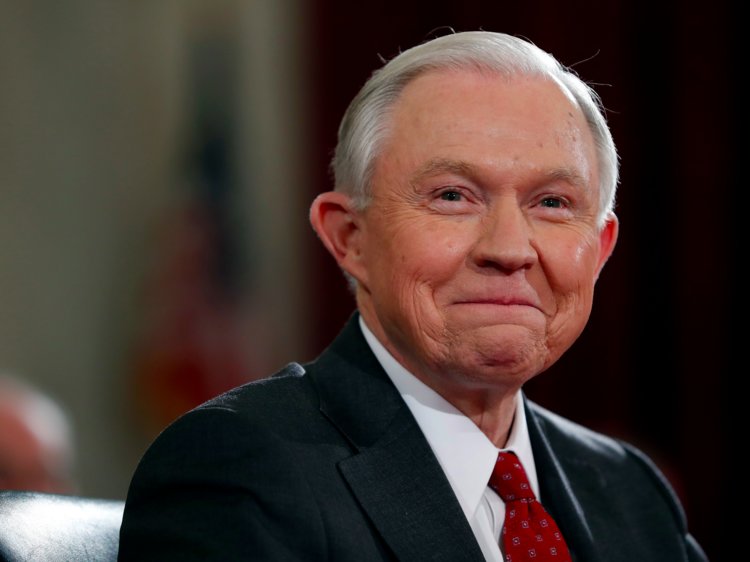 There’s been a whole lot of stuff going on in the DOJ they’re not going to tell you about until the proper time.

It was only revealed LAST WEEK that Comey is the target of a criminal leak investigation.

Well when did they announce it?

Hey, when did they ANNOUNCE they had reopened that case against Jeffrey Epstein at SDNY, that the Public Corruption Unit had new evidence?

As long as we’re all going to pretend to be STUPID and say the DOJ is supposed to be doing something IT NEVER DOES.

Not only did DOJ/SDNY ***not*** announce they’d reopened the case & were investigating how Epstein got that sweetheart deal & coverup back in 2008, they didn’t publicly do ANYTHING to tip off Epstein UNTIL they day they arrested him at the airport in NJ.

But what have the usual suspects attacked me over for going on 3 years now?

For saying there were investigations going on in secret and they needed to be done in secret & these people DID NOT WANT TO HEAR THAT.

I’ve watched people endlessly pimp narratives that a massive cover up is underway at the DOJ/FBI for 3 years now because they won’t ANNOUNCE they are investigating these SpyGate plotters.

DNC Media isn’t the only ones HOPING you are STUPID.

And as the months and years rolled by, many of the people selling this ‘massive cover up’ narrative got hugely invested in it.

“If they **were** investigating any of this, if they were targeting Comey & McCabe & Co. they’d be TALKING TO US. There’d be LEAKS! We would KNOW!”

What have I been saying the last 3 years?

“No, they would NOT.

They would not be ‘talking to you’ about their politically sensitive national security investigations.

There would NOT be leaks.

You are being kept out of the loop because you would TALK & blow the cases.”

Here’s the brutal truth: A lot of people who are pro-Trump are far too dumb, self-involved, money/attention-hungry to be trusted with inside access.

SO THEY FAKE IT.

IF these people got inside access, do you THINK they would keep their MOUTHS SHUT?

They might feel bad about it later that they ended up tipping off the targets and blowing some of the cases, but hey, look at all the attention & clicks & fundraising they were able to do!

Washington has a vibrant and powerful LEAK culture.

Defeating it and pulling it’s fangs was literally the first big labor that Trump & Co. faced on taking office.

Guess which two guys were put in charge of taming the Leak Beast?

Two of them appear in this picture.

I’m going to make a prediction here in this thread.

Two predictions actually and then I’m going to make a Moment out of this thread and we’ll check in a year, on January 29, 2021.

We will discover that the criminal investigations targeting James Comey did not start in 2020.

The criminal investigation being run out of the DOJ by a US Attorney who’s name we do not yet know to find out who leaked the transcripts of the Flynn/Kislyak phone calls to the Washington Post began in 2017.

And it never leaked.

The entire time people have lamenting that ‘nothing’s happening’ they’ve been selling the absurd narrative that if anything was happening, the DOJ would be PUBLIC about it and they would be ANNOUNCING what they were doing & keeping the public regularly updated.

Taking advantage of people who don’t know how things really work so you can get clicks and attention and $$$ makes ME very upset.

Especially when many of these people know better.

Eventually Pientka was going to surface.

And there’s only one reason for the DOJ to have literally exposed every single other plotter while deliberately ghosting this guy.

2020 is going to be a year in which more than 4 years of careful planning and prep pay off.