Researchers have developed “artificial muscles” with superhuman speed and strength, and the ability to self-heal

Researchers have developed “artificial muscles” with superhuman speed and strength, and the ability to self-heal

by Frances Bloomfield, published on Natural News, on January 09, 2018 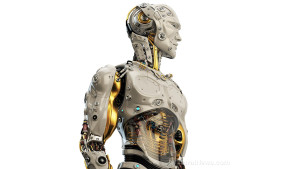 (Natural News) Forget cold, metal shells — the robots of the tomorrow could be covered in soft, artificial muscles. That’s certainly what researchers from the University of Colorado Boulder appear to be working towards. Taking inspiration from organic muscle, the team of scientists has come up with robotic muscles that combine incredible strength and impressive flexibility. On top of that, these muscles are capable of self-healing if they sustain damage.

The team has dubbed their creations as Hydraulically-amplified Self-healing Electrostatic (HASEL) actuators. As reported by DailyMail.co.uk, the actuators basically consist of small pouches filled with insulating liquid, such as canola oil. Applying voltage to these pouches causes them to contract and squeeze liquid in the span of milliseconds, making it possible to change the shape and structure of the pouches.

Attempts to utilize this technology have been made in the past. They have, however, failed due to the use of solid insulating layers as opposed to liquid insulation. In addition to its ability to recover from electrical damage, liquid insulation is noted for being more resilient as well.

Christopher Keplinger, assistant professor in the Department of Mechanical Engineering at the University of Colorado at Boulder, said of his team’s creation: “Just like biological muscle, HASEL actuators can reproduce the adaptability of an octopus arm, the speed of a hummingbird, and the strength of an elephant.”

To test the HASEL actuators, Keplinger and his colleagues came up with several designs tailored for specific movements. One of these was a series of doughnut-shaped actuators that enabled a robot gripper to lift up and hold a raspberry and a raw egg without crushing either of the items. Another design was composed of several layers of ionic conductors sandwiching a layer of liquid insulation. This particular design was used to throw a baseball and pick up a gallon of water.

“’The ability to create electrically powered soft actuators that lift a gallon of water at several times per second is something we haven’t seen before. These demonstrations show the exciting potential for HASEL,” remarked Eric Acome, a doctoral student on Keplinger’s team.

In one notable instance, three rectangular pouches were stacked on top of one another. What makes this design unique is that the polymer pouches were made from the same material that goes into potato chip bags. “We can make these devices for around ten cents, even now. The materials are low-cost, scalable, and compatible with current industrial manufacturing techniques,” commented Nicholas Kellaris, a doctoral student like Acome.

The HASEL actuators face one important challenge, however. Their reliance on electricity makes them rather expensive to take full advantage of, though Acome has stated that they’re working on overcoming this glaring problem. As of current, the team has already designed contraptions that consume a fifth of the voltage of the aforementioned iterations.

So anyone worried about the HASEL actuators being outfitted on humanoid robots can breathe easy for now. They’re still very much a work-in-progress, and their applications are largely limited to the industrial and commercial. There’s no word yet on when they’ll be enhancing the capabilities of the likes of military robots. That could still be a far time away from now. (Related: Scientists develop Terminator robot “super strength” material that could allow military hunter-killers to strangle you to death.)

To stay updated on any further developments regarding the HASEL actuators, simply go to Robotics.news today. You can also visit the site for more news and breakthroughs on artificial intelligence and automation.