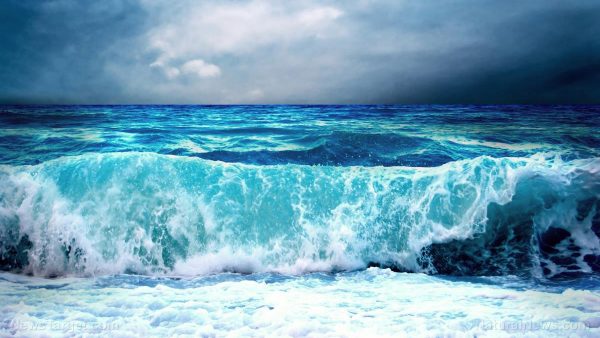 (Natural News) Now that the renewable energy revolution is in full swing, a lot of experts have begun working on maximizing existing sources of clean energy. To this end, a group of researchers from the Universidad Politécnica de Madrid (UPM) has developed methods to generate energy from so-called marine currents in deep areas of the ocean while optimizing costs.

It’s not that the idea of generating energy from ocean currents hasn’t been thought of before. In fact, it’s already being done right now. The problem, according to the researchers, is that the new devices used to do this in great depths come with a high cost of manufacturing, installation, and maintenance. That means setting up the proper equipment takes a considerable investment, not to mention time and other resources. This is the problem that needed to be solved in the eyes of the researchers.

In order to take on this issue, some members of the Technological Research Group in Marine Renewable Energy (GITERM) at UPM came together and developed a method to determine the so-called life-cycle cost of building a “power generation park” based on certain devices that can be used in the early design stages. The details of their method were shared in a study that was recently published in the journal Renewable and Sustainable Energy Reviews. (Related: World’s soon-to-be largest offshore wind farm just began construction, expected to deliver 4.1TWh of electricity each year.)

According to Amable López, a researcher from the GITERM Group at the School of Naval Engineering at UPM, their creation is a perfect fit for their needs given the resources that need to be accounted for. “Our GESMEY device, patented by the University, has been the first design worldwide tested in the sea and fit to operate fully submerged,” she said. “Thanks to the cost analysis tool, we were able to assess diverse design alternatives with a final goal: to reduce as much as possible the production cost of the energy and to make this renewable source both financially and technically competitive, helping fight against climate change.”

It is said that the economic analyses are later added to the development of new anchoring systems which are designed to use simpler and much more robust systems overall. For what it’s worth, the GITREM group has also developed a number of powerful tools for simulation as well as control that are used on for the development of these systems.

With the use of the methods and tools that they developed, the researchers came up with an initial design for the GESMEY device and its anchoring system that mainly evolved from generators with a large rotor to ones with several rotors in them. This kind of design is said to allow for the reduction of the estimated cost of the energy produced by about 30 percent.

For now, the researchers are still working on achieving a full commercial version of their tidal renewable energy devices, and they are looking forward to reaping the many wonderful benefits in the long run.

Read more about the future of clean energy in Power.news.