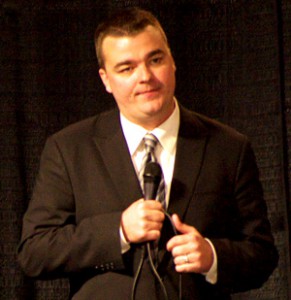 John Greenewald runs TheBlackVault.com, a website where he posts the millions of pages of government files he has received via FOIA requests. He began seeking these files when he was still a high school student in 1996.

In April, Greenewald sent a FOIA request asking for their UFO files.

Specifically, Greenewald wrote: “I respectfully request a copy of records, electronic or otherwise, of ALL FAA manuals, regulations and publications – that deal with, or mention, Unidentified Flying Objects (UFOs) and/or Unidentified Aerial Phenomena and/or Unexplained Phenomena, and/or any other derivative that may be used the your agency. This would include, but not be limited to, all manuals, publications and/or instructions that pertain to pilots (commercial or otherwise), Air Traffic Controllers, or employees of the FAA.”

A few days later, on April 18, Greenewald got a reply. He received a portion of a document called the Aeronautical Information Manual: Official Guide to Basic Flight Information and ATC Procedures. Apparently, it is the latest version of these instructions, and it took effect on December 10, 2015.

The first page provided comes from the “Safety, Accident, and Hazard Reports” section of the manual. Section 7-6-4, deals with reporting UFOs. 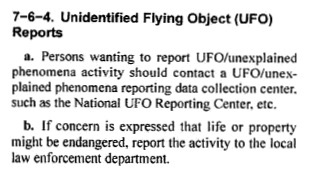 A section of the AIM document. (Credit: FAA)

b. If concern is expressed that life or property might be endangered, report the activity to the local law enforcement department.

Another page of the manual is also included. Section 8 of the manual appears to be dedicated to UFO reports. However, it just repeats the same verbiage found in 7-6-4.

Incidentally, a “Section 8” is also the term for a military discharge due to being deemed mentally unfit for service. I was once told by a man claiming to have worked for the North American Aerospace Defense Command (NORAD) at Cheyenne Mountain while in the Air Force, they also called UFOs caught on radar a “Section 8s.”

Either way, these few pages from the AIM document are all Greenewald was sent.

In the past, the FAA also has referred people Bigelow Aerospace to report UFO sightings (including myself), and the National Aviation Reporting Center on Anomalous Phenomena (NARCAP). The prior, Bigelow Aerospace, has since been preoccupied with an inflatable space module that is now being tested on the International Space Station. So it is no surprise they are not listed anymore. However, the later, NARCAP, still focuses on pilot reports.

The UFO reporting organization mentioned, the National UFO Reporting Center (NUFORC), is a one man show ran out of Davenport, Washington. NUFORC was founded in 1974, and is currently ran by Peter Davenport, who took over in 1994.

There are many stories of the FAA receiving UFO reports, so it is a little strange that these few pages are all that Greenewald received. I asked Greenewald if he was disappointed.

“It is a little disappointing, but not necessarily a surprise,” Greenewald responded. “Just because the term ‘UFO’ does not appear in a manual or regulation, that doesn’t necessarily mean that a pilot or FAA official has not reported anything of substance. I don’t take the outcome of this FOIA request as the final answer, and I am still pursuing other avenues to see if that agency has any other documents that we should know about.” 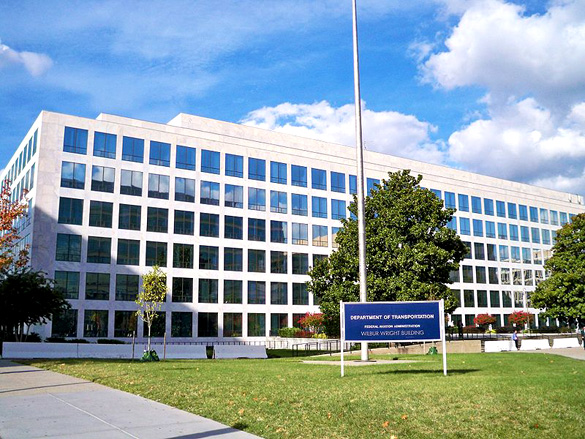 Greenewald, an experienced, and persistent, FOIA user, plans to pursue other avenues to attempt to ferret out more UFO secrets from the FAA.

“I think it is very likely that there are other records to be found, but what is very difficult about the Freedom of Information Act, and the FAA specifically, is that there are quite a few regional offices and locations that the documents could exist at,” Greenewald explained. “It is not uncommon for an agency that large, with so many places to look, to make it very difficult to find records. You essentially have to file a request to each and every regional location or branch. That does not mean I haven’t, or won’t, just saying that it does make it that much more difficult.”

Greenewald points out that although the FAA seems to have no interest in UFOs, they probably should.

“It’s concerning that the FAA is not interested in a ‘UFO’ report. Why wouldn’t they be? In this day and age we live in, I would think that something unidentified in the sky would, and should, be of great interest.”

Especially, if pilots are reporting UFOs over one of the busiest airports in the United States, like in one of the most famous, and credible, UFO sightings related to commercial air travel. Watch the videos below for more on that.