Repurposing wine leftovers: Waste from grapes found to have many uses, from natural food preservatives to cosmetic ingredients

Repurposing wine leftovers: Waste from grapes found to have many uses, from natural food preservatives to cosmetic ingredients 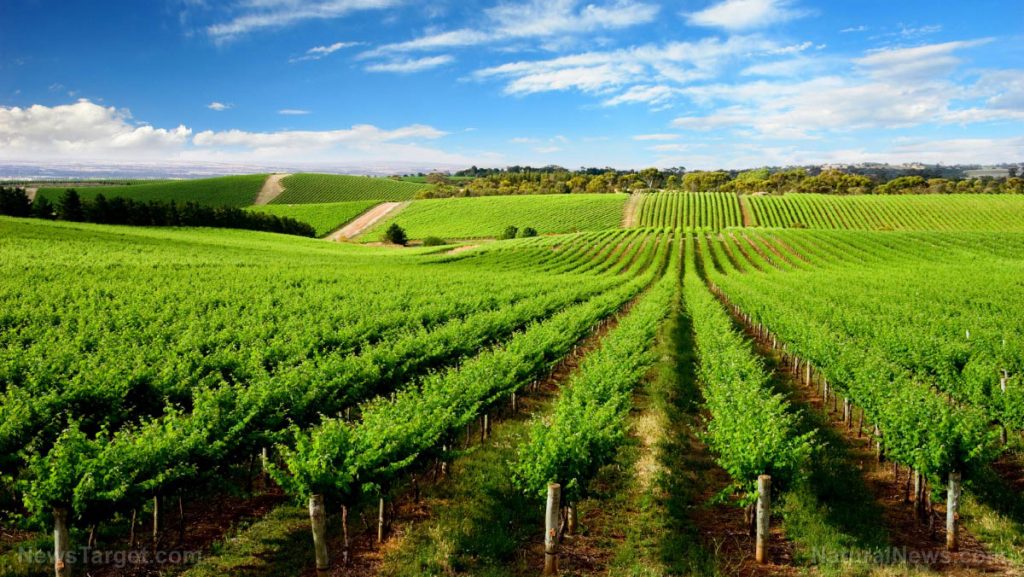 (Natural News) No parts will be wasted in winemaking anymore, as researchers found a way to make use of the waste from grapes. The researchers at the University of Nebraska-Lincoln discovered that wine leftovers – seeds, stalks, and skins – can be used as natural food preservatives as well as ingredients in cosmetic products.

In the process of making wine, the seeds, stalks, and skins of grapes are usually discarded as waste after fermentation. According to the Food and Agriculture Organization (FAO) of the U.N., the global wine industry produces nearly 14 million tons of wine leftovers each year, and winemakers do not know what to do with it.

“Large amounts of grape waste may be detrimental to the environment,” said lead researcher Changmou Xu.

Grape waste, also known as pomace, can pollute the surface and groundwater because pesticides and fertilizers used on the grapes can leach into the environment, according to Xu. Moreover, the soil can become more acidic due to the low pH of pomace. Furthermore, grape waste left in landfills can even lead to the spread of diseases as it can attract flies and pests.

Pomace can be used as compost or fertilizer. Some winemakers also produced a weaker, “second wine” by soaking waste grape skins in water and fermenting the mixture. However, grape pomace also contains great amounts of antioxidants, such as proanthocyanidins, anthocyanins, and ellagic acid. These antioxidants bind to free radicals, protecting cells from damage. Pomace ingredients and grape seed are also used in dietary supplements, pharmaceuticals, and cosmetics.

Thus, Xu and her team aimed to rebrand grape waste as a renewable resource, making use of it to produce antioxidants, grape oils, and dietary fibers for health products. By doing so, the economic value of the grape and wine industry could be increased, and the environmental contamination could be minimized. The research team is looking for optimal technologies to extract, separate, and identify nutrients from grape pomace, and eliminating pesticides and other chemicals used in grape growing.

The team, together with biologists, believes that polyphenols in pomace could be used against foodborne pathogens like E. coli and Salmonella.

“We are also developing some applications in food, aiming to substitute artificial antioxidants with natural antioxidants from grapes for a ‘clean label’ food with only natural ingredients,” Xu said.

They discovered that these compounds significantly prevented lipid oxidation, which in turn prolonged the shelf life of fatty foods. This effect was especially observed when the samples were exposed to a warm temperature.

The researchers presented their findings at the 255th National Meeting & Exposition of the American Chemical Society (ACS).

Food wastes were used to make cosmetic and personal care ingredients, according to a study highlighted by Organic Monitor, a market research company. In fact, several cosmetic companies have used food waste, like rice waste and grape waste, as ingredients for their products.

Moreover, having applications for other food and nutraceutical formulations could be a valuable way of re-using some of the huge amounts of food waste that is produced in developed countries each day. The company also emphasized statistics from the FAO that suggested that around one-third of food produced for human consumption is either lost or wasted. Fortunately, awareness of food waste is growing and is leading to solutions that can solve the problem and make use of unavoidable future waste for different uses with the help of technology. (Related: Fight food waste by reusing these commonly discarded food parts)

Read more news stories and studies on food by going to FoodScience.news.