"Mainstream Press" is an illusion that has been maintained as a means of controlling the One People of this earth. In 1983 90% of American media was owned by 50 companies. Since 2011 that same 90% has been owned by 6 companies. They are GE, News Corp, Disney, Viacom, Time Warner and CBS. If you expect to get the truth, the whole truth and nothing but the truth, you better look elsewhere. Simple fact.

Do we have a "free press" or just the illusion of one? 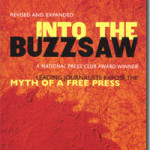 Into the Buzzsaw: Leading Journalists Expose the Myth of a Free Press Gives you all the information you need -- from journalists themselves -- that theoretically we have the ability to have a free press.

...the likes of Dan Rather, Ashleigh Banfield, Greg Palast and media reform advocate Robert McChesney are among the many who have spoken out about the demise of journalism as a medium seeking the truth behind the official governmental version of the news.

The problem, however, is that the most powerful sectors of the media -- television, radio and newspapers -- act more like the old Soviet self-censoring press than a media that reports on the truth necessary to engage in the public discourse necessary to a democracy. The phrase "into the buzzsaw" is a journalistic expression for how stories eventually become censored or altered to the point that they reflect an official viewpoint, rather than the facts or investigative findings that expose possible deceptions in the "official viewpoint."

After a time, only the most intrepid journalist will take on the powers that be, because they know that their careers (and high salaries) will suffer the wrath of General Electric (owner of NBC), Viacom (owner of CBS), Disney (owner of ABC), Time Warner (owner of CNN), Rupert Murdoch (owner of FOX NEWS), etc., etc. Not to mention news writers for papers like the Washington Post and New York Times, who have yet to do one serious long-term investigative piece on the chronic lying and misdeeds of the Bush Administration between them.

Whatever their editorial policies, they hold their news writers on a very short leash, only allowing the occasional revelation of Bush deception or misdeeds, without continued follow-up and a sustained effort at providing news context. Basically, nearly the entire American mainstream media has gone into the buzzsaw. Click to read

Into the Buzzsaw: The Myth of a Free Press by Gerard Colby

"Back in 1938, when fascism was sweeping Europe, legendary investigative reporter George Seldes observed in his book, 'The Lords of the Press,' that 'it is possible to fool all the people all the time -- when government and press cooperate.' Unfortunately, we have reached that point.'" ~ Gerard Colby

Gerard Colby (earlier known as Gerard Colby Zilg) is a former vice-president of the National Writers Union where he is/was quite active by having various chair positions. From 1997-2001 he had the chair of the Vermont section. Here he gives a speech at ISOs conference in Chicago, June 2204. 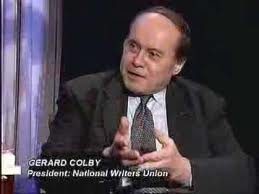 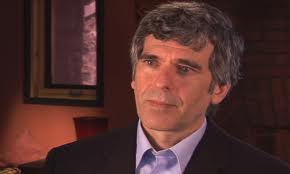 Propaganda is something you might expect from a dictatorship government but what about the United States?

In the early 1980's, the US State Department launched a covert propaganda war against its own people. Founder and President of the Institute for Public Accuracy Norman Solomon says that US government propaganda continues today through mainstream media as an extension of the government. 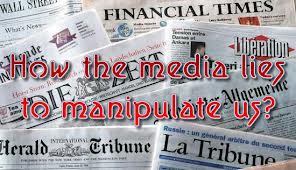 "The Central Intelligence Agency owns everyone of any significance in the major media" ~ William Colby, former CIA Director

Brian Springer spent a year searching for footage grabbing back channel news feeds not intended for public consumption. The result of his research was Spin. This 1995 feature length documentary gives an insight into the perception of how television is used to try and control and distort the American public's view of "reality.'' 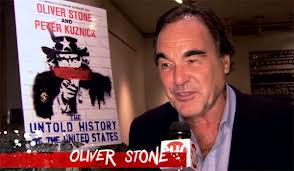 Abby Martin sits down with three-time academy award winning filmmaker, Oliver Stone and American University Professor and Historian, Peter Kuznick, to discuss their book and Showtime series 'The Untold History of the United States' where they discuss historical revisionism of world events and the indoctrination that breeds American exceptionalism.

"Nebraska legislators nearly exposed the child trafficking ring in 1990, but its unveiling had the potential to produce seismic political aftershocks. The legislators' efforts resulted in a rash of mysterious deaths and the overpowering corruption of federal and local law enforcement, including the FBI, Secret Service, and Justice Department, effecting an immaculate cover-up."

A documentary about child trafficking in the U.S. that was to be shown in the UK was suppressed by the Discovery Channel. 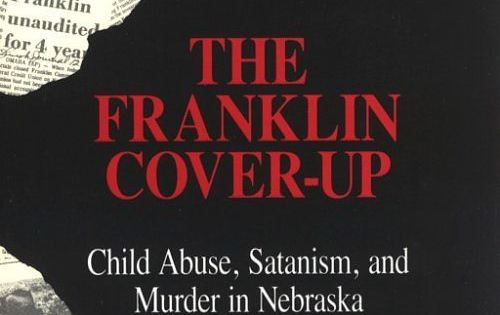 How Breaking News Broke in Boston  “Where is the more broad-based call for a renewed examination, across the board, of journalistic ethics and practices during disasters like this? When people stop trusting the news, they often stop following it.”

Boston Bombing: The media continues to come up short, precisely when it matters most. Click to read the article

Manning Case: Obstacle to News Coverage “Manning faces a possible life sentence, which makes open access to legal documents in the case all the more important.”

Reporters Without Borders condemns the shutdown of public access to important legal documents in the court-martial of Bradley Manning, the Army private who is accused of leaking government secrets. Click to read the article