Reflections And Warnings – An Interview With Aaron Russo

Reflections And Warnings – An Interview With Aaron Russo 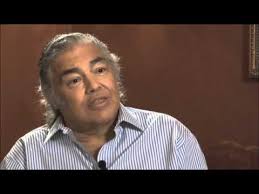 BUY THE DVD AT: http://infowars-shop.stores.yahoo.net…
In an historic final interview, filmmaker and music promoter Aaron Russo goes in depth on the insider-knowledge given to him by a member of the Rockefeller family. Russo was told– prior to 9/11– of plans to stage terror attacks, invade foreign nations, and kickstart a high-tech police state control grid that would track the populations’ every move with implantable RFID microchips.
This information-packed presentation is filled with never-before seen footage. Throughout the film, Alex Jones breaks down the latest activities of the New World Order and how it ties into what Russo predicted.
Aaron explains how the elite created the women’s liberation movement to break up the family and tax working women. Russo breaks down the deception of democracy– which is nothing more than mob rule guaranteed to produce tyranny.
Russo also exposes the IRS & Federal Reserve. He blasts the unconstitutional and predatory institutions that have crippled the American Republic and crushed the people with bogus taxes, inflation and loss of privacy. Russo explains that he himself was persecuted in the late 80s by a criminal ‘retroactive’ tax scheme that attempted to levy new taxes on years already passed.
As night falls on the Republic, Aaron Russo delivers a powerful call for the forces of liberty to rise and crush tyranny. Only then can the Republic be restored.
THIS DVD INCLUDES:
– Never-before seen behind the scenes footage
– An exclusive interview with Aaron about his life
– Aaron Russo radio interviews from the Alex Jones Show