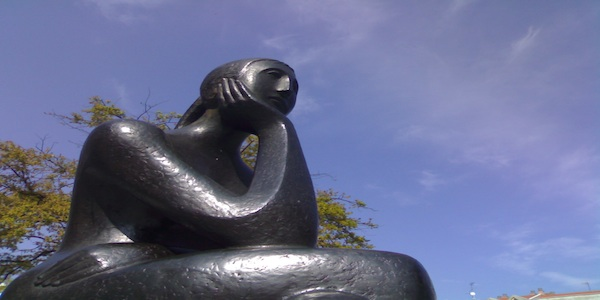 By American Kabuki, published on December 14, 2016

I’ve been reflecting on the past 4 years.  And perhaps a few shoulda, woulda, coulda-s in all that too. You can’t every change anything retroactively.  But you can learn from it. Best you can do really is avoid repeating things that did not work, speak your mind when it needs to be said, hold your tongue when compassion and patience is needed, and know when to laugh.  The tricky part is knowing when to use each tool.  And you only know that by feeling each situation.

My father was an intensely honest man, except with himself. He had one glaring flaw, he had to “appear right”.  Might have been a World War II thing. Or just the nature of a cocky fighter pilot. He would change entire storylines of what he original said or promised, so everyone else would look as the one who misheard or misperceived rather than admit his own humanity. He would argue an illogical point till he was blue in the face, to not admit he misperceived or was simply wrong on a topic. He saw any admittance of not being “correct” as a weakness.  I saw it as a flaw.  Its a pernicious form of pride that halts personal growth. Humility is not a vice.

In government is a similar a perverted political need to be right, that has spawned every government compartmentalization known to man. Documents are not classified to protect them from the enemy, the enemy, if he’s doing his job, already knows.  Its to keep it from the people.  And this is what has the Hilary supporters so freaking mad, that the truth came out from their very own emails.  How dare they expose our corruption?  Doesn’t matter if it was a German hacker or the Russian government (and nobody truly knows – Russians are smart enough to hide their trail completely as is the NSA!). Sometimes you don’t have to make shit up to change things, just telling the truth is enough.

How can one be a self-directed, self-actualizing being, if you can’t face your own flaws and imperfections that come from being in human form?  Yes everything is perfect, especially our Source given essence,  and even the Human form imperfections contribute to a more perfect experience, but perfection is about change not stasis in ways of being that may not be all that beneficial to your expansion or others.  “To Be or Not To Be” did not include the phrase “manage other people’s perceptions” of your being. Truth is, you can’t really manage much of anything people might think of you. You can only BE.

I always admired the jolly and joyful people. I guess you are jolly if fat, and joyful when thin… at least in the way its commonly used. People a bit like Brian Kelly I suppose, if he doesn’t inbody joy and fun then nobody does! They always seem glide through tricky situations.  Everyone wants to laugh. Even the bullies of life.

Not that I have that reputation myself, I got into the habit of not smiling much in high school when I had two broken front teeth, which I did not have funds to fix until I was 22.  So I hid my teeth by not smiling.  Face it high school is a harsh place.  Its a habit that haunts me in every “selfie” I attempt to take to this day.  I do smile when other people take photos but never in my own and I know why.

I don’t regret this journey,  although I would have preferred to do it with the complete crew we started with but they did their part in their own unique way too.   I’ve always thought I’d see them all again, the reasons for the turmoil were all ginned up by people none of use knew very well working for various agencies, Dragon and otherwise.  A tempest in a teapot over what were really minor misperceptions and assumptions of how things were. The truth is  The Powers That Were got seriously freaked when 10 of the 11 originals ended up in Morocco at the same time.

Although with a handful of exceptions NONE OF US knew who we were and why it was it felt like we knew each other from before, and why suddenly in 2013 we started seeing each other in the same dreams simultaneously.  It was preplanned that we not know until it was time.  For some of us, more than 50 years of not knowing who we are, with strange career choices and moves to provide us exactly the most perfect training for what we came her to do. And why us?  To clean up something that went wrong long ago before time began and passed its sell-by label 4000 Earth years ago.

This journey began about returning financial value to everyone on Earth, but the more research that was done, led to uncovering what those “infinite collateral accounts” were… a mirror account of the “original depository” value of each human being on this planet, hoarded away so there would be scarcity, and with scarcity you get control and pliable buyable elites. And that has been the sticking point with the so called “Dragon Family” of Asia.  Control.  Or as Ben Fulford puts it “deciding what direction humanity takes” like that has ever worked with central planning???   The Chinese Dragons ALWAYS ran the financial systems, even the ones with Rothschild front men.  So why is the Western branch the “cabal” and the Eastern one not?

Planet Earth was one giant ETF Fund.  And you were the “CREATION UNIT” of part of that accounting ledger. The corporate being the other side.  DNA and information being is primary export. But none of you got a check for that wild DNA of yours that was sent off world.

Heather Tucci-Jarraf offered the bankers a way in Spring 2014 to solve the financial situation overnight, with asset bonds they knew how to process.  The banks wanted to do it, knew how to do it, but were prevented by the banking family cartel.  It required two things, public recognition of the “original depositories” (human beings as Source in body) and everyone gets their value at once.  No pre-payouts to elites with non-disclosure agreements.  No hiding it behind the “secondary depositories” known as central banks.  No hiding it behind mirrors like “infinite accounts” where everyone thinks they are worthless human beings and money magically appears, somehow, in banks.

As far as I know that offer still stands… but will they do it?  That remains to be seen.  They can choose to be more than tools of transparency of how things were run.  Either choice they make, this planet is changing past the old ways of doing things.  Humans are already changing accessing skills and memories that in former days was the stuff of super hero comic books.  You might have noticed a rapid increase in how fast things are changing. That’s not accidental.  Its energetic. Its the change of frequency of this planet and solar system.

All those old controllers are not looking so healthy as they collapse outside their SUVs and can’t get spare cloned body parts from the Malibu undersea base body part factory anymore.  The herding the masses with fear doesn’t work anymore.  The appeal to being the authority that knows, is laughed at. They so raped the finances of the average person, nobody has anything left to lose except the elites!

Most money is spent on two things, energy, and interest payments, and the embedded cost of all that in every product and service.  What does money mean in age of replicators, and free energy devices? And why would anyone fight over the middle east?  Interest becomes meaningless in an asset based economy unlike this current shadowland debt based economy which is based on a mirror debt account to the undisclosed original depositories which the banks never owned but charged interest on. Talk about original fraud!  All banking is based on mirrored debt accounts.  That’s the part David Wilcock didn’t get in his well researched Financial Tyranny articles about trading platforms, all debt based banking is based on mirrors of the original depositories, human beings.  Gold, currencies and everything is an ABSTRACTION of value from the original depositories.

How this transitions I don’t know. I just know its already begun.  It may look like chaos, but its of an order and synchronization beyond human comprehension done by the ALL, which is Source itself.