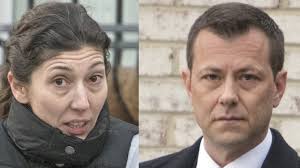 UPDATE: Forty-nine pages of text messages that were missing between FBI Special Agent Peter Strzok and FBI lawyer Lisa Page have been delivered to Congress. Congressional officials are concerned that these are incomplete texts and the DOJ is requiring them to view any un-redacted texts at a secure location in the Justice Department. Currently congressional officials are making their inquiries to the FBI and DOJ in an effort to ensure that there are no more missing text messages from the Dec. 2016 through May, 2017 batch.

The thousands of missing text messages between the embattled FBI lovers are expected to be delivered to Congressional investigators Thursday afternoon, after a long drawn out battle behind closed doors between the Department of Justice and Congressional leaders, this reporter has learned.

In January, DOJ Inspector General Michael Horowitz announced that his team of IT experts recovered the Samsung 5 cellphones of FBI Special agent Peter Strzok and his paramour FBI Attorney Lisa Page, both now at the center of numerous ongoing Congressional investigations. The pair is being investigated for their involvement in the Bureau’s investigation into President Trump’s campaign and alleged collusion with Russia during the 2016 election. The agents were also involved in the FBI’s investigation into former presidential candidate Hillary Clinton and her use of a private server to conduct government business while she was Secretary of State.

The missing text messages were from a critical time period during the FBI’s investigation into Trump, from December 2016 until May 2017, when then president-elect Trump and his team were in transition. It was also during that time that members of the Obama administration were unmasking members of the Trump campaign in electronic and telephonic communications. Additionally, those unmaskings included third-party communications about then president-elect Trump and his aides. During that time, the FBI had an ongoing Foreign Intelligence Surveillance Warrant on Carter Page, who was a short-term volunteer for the Trump campaign.

“We’re expecting them this afternoon,” said a Congressional official with knowledge Thursday, with regard to the texts. “We hear it could be explosive stuff.”

House Intelligence Committee Chairman Devin Nunes, R-CA, and House Freedom Caucus Chairman Mark Meadows, R-NC, both have demanded that the DOJ turn over the missing texts to the committee, which they said on Fox News’s Sean Hannity program have been in possession of the DOJ for more than a week.

The DOJ’s Inspector General is now retrieving some of the missing five months of text messages exchanged between the pair of FBI agents using forensic experts to track “ghost texts,” left behind even after they are deleted from the devices, former and current law enforcement officials told this reporter. 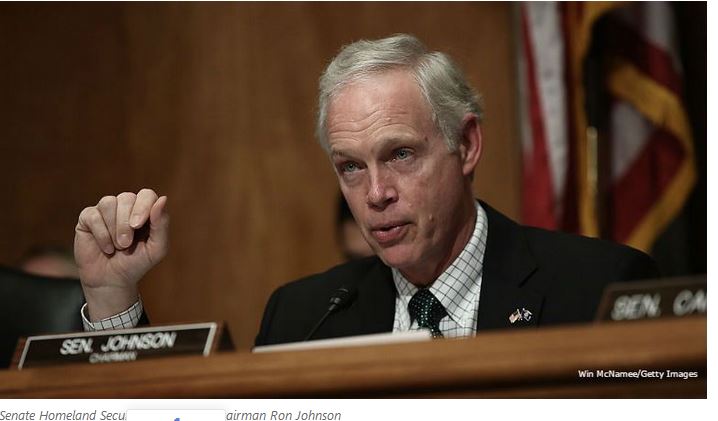 On Jan. 19, the DOJ had informed Senate Homeland Security Committee Chairman Ron Johnson that a “technical glitch” failed to retain the text messages between Strzok and Page. As previously reported Horowitz was also informed by the FBI that the text messages could not be retrieved because of the technical problems that occurred when the Bureau switched from the Samsung 5 phones to the Samsung 7 phones. However, Horowitz’s investigative team was able to retrieve the missing text messages from the cellphones.

Attorney General Jeff Session’s told reporters in January that Strzok and Page had exchanged more than 50,000 text messages. The duo was part of the Special Counsel’s office for a short period of time but was removed after the discovery of the text messages and the pairs open biased regarding Trump. Strzok and Page are both still employed by the FBI. Strzok had risen to become the Deputy Assistant Director of the Counterintelligence Division before he was moved to the Human Resources department last summer. Page is still an attorney for the FBI.