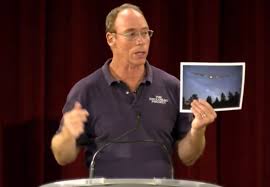 As our world become ever more strange by the day, numerous UFO experts are warning about what might be the most bizarre event in human history: A “cosmic false flag” where, they claim, desperate governments of the world stage a massive fake alien invasion to finally complete their goal of ensuring total human obedience under a never-ending “the aliens are coming” false hysteria. It may sound crazy to the uninitiated, but listen to the experts below before making up your mind, and check out the Washington Post’s coverage of some of the technology that can help make this happen (link below).

Such an event, the experts say, could be pulled off by a combination of advanced human-made exotic aircraft, advanced holographic technology and a complicit global media already practiced in the art of engineering elaborate fake news (CNN, Washington Post, etc.) to propagandize gullible viewers. Truth be told, most humans believe whatever they’re told to believe, even it’s based on no supportable evidence whatsoever (case in point: the global climate change hoax).

(Note from Adams: Based on what I’ve seen from humanity so far, people don’t even need holograms to fall for a false flag. Most people will literally hallucinate whatever images the mainstream media is trying to put into their heads, literally fabricating false visual memories to fit the narrative they’ve been exposed to in the controlled media.)

One of the best known researchers who speaks publicly about a “cosmic false flag” event is Dr. Stephen Greer of Sirius Disclosure, an organization dedicated to unveiling the truth about real extraterrestrials as well as organized human hoaxes intended to trick the masses.

According to Dr. Greer, many (but not all) of the so-called “UFO” events being witnessed around the world involve craft that are manufactured by humans. He furthermore asserts that the “military industrial complex” consists of a power structure far beyond the reach of even the U.S. President, and that such interests are planning a “cosmic false flag” event to trick humanity into thinking an alien invasion is taking place. (RELATED: Follow news and discussions about UFO events at UFOs.news.)

CLAIM: A global power structure will pursue the radical depopulation of the planet in the very near future via “scripted Armageddon”

According to Dr. Greer, if people across the planet become too awakened and start to challenge the status quo power structure, an “alien invasion” will be staged through the deployment of convincing “alien” aircraft that have actually been developed, tested and perfected by secretive weapons companies like Northrup, Grumman and Boeing. With the help of the fakestream media — CNN, NYT, WashPost and other presstitutes — any narrative can then be pushed as “fact.”

Now that a mass global awakening is accelerating by the day, the staging of this “cosmic false flag” seems imminent, warn researchers. 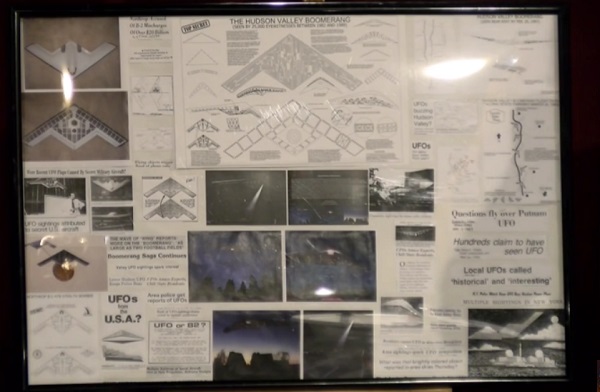 “If someone tries to stage an event, we’re all going to call it out as the hoax that it is… and not go along with that what I’m calling ‘scripted Armageddon.’” says Greer. He explains that the “cosmic false flag” may be the cover story to engage in a partial extermination of humanity:

They would love to see a shut down of our civilization and the extermination of about five billion people, through a conflict that they will stage, and they will manufacture Armageddon. And that’s the big deep plan that has been in place since the 50s. Those people in the intelligence community who know of this… I can’t even put in words the extent to which they are devastated when they learn this. Because they know how these folks are utilizing religiosity, racism, alienism, division to keep the fire burning. But the big one is going to be the launch of a hoaxed attack on the planet that would look 100% like an extraterrestrial event… and it is not.

The technology already exists to pull it off

The technology already exists to carry out a massive fake alien attack that can convince most people of its authenticity. As the Mark Dice video explains below, the Washington Post even ran a story in 1999 detailing how the U.S. military planned to stage an “appearance of God” in Iraq in order to make the people there fall into line.

That WashPo story, which also describes how the U.S. military was able to perfectly fake the voice of any person saying anything they wanted, is still published at this link.

Note that this technology already existed in 1999. It is now 18 years later. Imagine the applications for a massive “cosmic false flag” roll out that fakes the voice of Donald Trump…

The false flag “alien attack” can also be augmented, other experts say, by present-day audio projection technology that can literally project full human speech (and other sounds) into the heads of large groups of people. It’s called a “radio frequency hearing effect.” Search for it on GoodGopher.com at this link to learn more. The following video provides a quick demonstration of this technology at work as part of a city billboard marketing campaign:

UNACKNOWLEDGED documentary in the works

Dr. Stephen Greer is working on a new documentary called UNACKNOWLEDGED. It is described as “a groundbreaking film providing the best available evidence in regard to Free Energy Suppression, Illegal UFO Secrecy, and Government Coverup.”

In the trailer (see below), he explains, “The most dangerous thing going on on the planet today isn’t ISIS, it’s not Iraq, it’s not Russia, it’s not China. It’s an out of control covert group that is not being overseen by the People, Congress, or the President, who have developed these technologies and are recklessly using them to track and target extraterrestrial vehicles.”

In a similar warning, former Canadian Minister of Defense Paul Hellyer warns about the “deep state” power of corporations, intelligence agencies, the U.S. military and weapons manufacturers. “Their collective power is incalculable. And it is their plan is an empire greater in size and power than any empire before it. They call this the New World Order,” he says in his video.

“It will end all government pretense of government of, by and for the people. It will be a dictatorship… of the privileged elite,” he warns.

Watch his warning here, where he also describes the “cosmic false flag” that he warns is coming soon:

s any of this true? That’s for you to decide. Just make sure the things you believe have a basis in fact and aren’t elaborate hoaxes, illusions or deceptions you’ve been tricked into believing. If any of the warnings cited above turn out to be true, discernment is about to become a crucial survival skill.