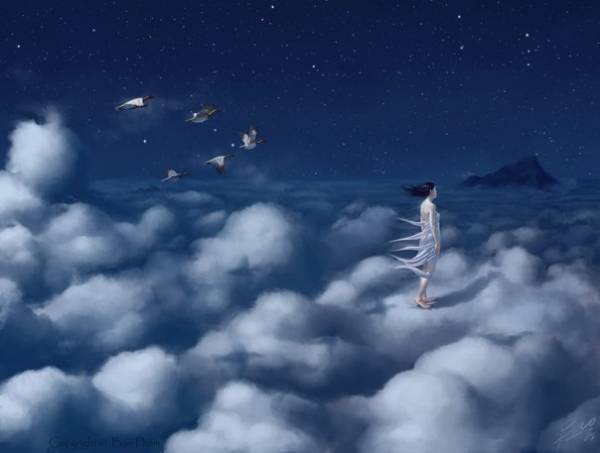 German and American scientists have discovered that stimulation of the brain with harmless electric current can help one control their dreams, that is not only be aware of the fact of being asleep, but also directing them at will. The new non-invasive technique could, among other things, help people who often see nightmares get rid of them. Controlled, conscious or lucid dreams are part of the ritual traditions of various ancient civilizations and a subject of scientific research in recent years.

These dreams are considered a hybrid or intermediate form of consciousness between sleep (with the usual non-lucid dreams) and wakefulness. Some even consider lucid dreaming to be a “gateway” for entry into some other reality fields. Researchers, led by psychologist Ursula Voss of JW Goethe University of Frankfurt and Professor Allan Hobson of the School of Medicine at Harvard University conducted experiments with alternating electric current.

They found that if the brain is stimulated with alternating electrical current, it generates waves of specific frequency range of 40 Hz. The so-called gamma waves, the frequency of which shows how many times per second the neurons synchronize their electrical activity, are associated with the higher mental functions during wakefulness, such as decision making, which almost never take place in sleep.

The experiment was conducted with the participation of 27 volunteers, 15 women and 12 men aged 18-26 years, who slept in the sleep laboratory for four days. They agreed to undergo a low-intensity harmless transcranial electrical stimulation, which lasted half to two minutes. This allowed the participants, while they were in the stage of deep sleep called REM (Rapid Eye Movement), to produce gamma waves and be aware of the fact that they were sleeping, as they confirmed when scientists purposely woke them up after a few seconds to talk about what was happening in their sleep.

Over 70% of volunteers reported that they could affect at will the plot of their dream and felt observing themselves “from the outside” or “like on a screen”. Electric current with higher or lower frequencies did not cause any change in the brainwaves of the volunteers neither at bedtime, nor after the experiment. Apart from the frequency of 40 Hz, the frequency of 25 Hz appeared to have a less significant effect on lucid dreaming.

Voss does not believe that there will be an immediate market solution for ‘lucid dreaming’ devices and warns that such a device should be used only under medical supervision. However, as expected, if the findings are confirmed by the future studies, the technique could be used in psychiatry and help patients who suffer from post-traumatic disorder and often have scary nightmares in which they relive the earlier traumatic experiences.

“Learning how to control their dreams, these patients could reduce the emotional impact and deal with post-traumatic disorder,” said the German researcher. The study is published in the journal «Nature Neuroscience».