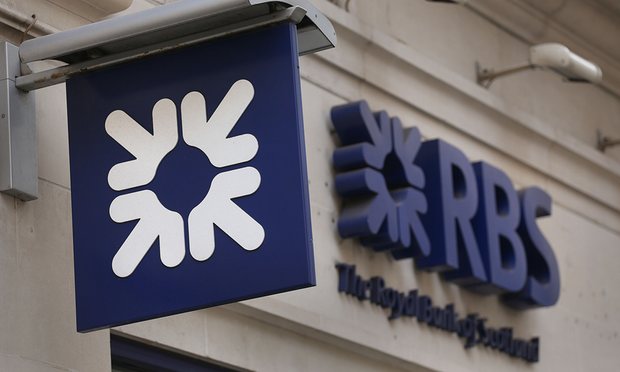 Royal Bank of Scotland has not yet set aside any money for the settlement of the mis-selling of residential mortgage-backed securities in the US. Photograph: Philip Toscano/PA

Royal Bank of Scotland could face a penalty of more than $12bn (£9.6bn) to settle a decades-old mis-selling scandal in the US, the body which controls the taxpayer stake in the bank has said.

The bailed-out bank has not set aside any money for a settlement with the US Department of Justice (DoJ) over the mis-selling of residential mortgage-backed securities (RMBS) before the 2008 banking crisis.

Uncertainty about the scale of the penalty is one of the reasons cited by the chancellor, Philip Hammond, for abandoning any hope of further reducing the taxpayer stake, which currently stands at 73%.

However, the chairman of UK Financial Investments laid out the possible financial impact of the looming fine at a hearing of the Treasury select committee on Wednesday.

James Leigh-Pemberton pointed to negotiations under way between the DoJ and Deutsche Bank, which have started at $14bn. He said the RBS fine “might be $5bn, it might be $12bn”. He added: “Based on what happened to Deutsche Bank it could be more.”

He said the assessment of the fine was based on market estimates: analysts are expecting the bank to set aside between £4.2bn and £9bn of further provisions for RBS to cover fines and legal fees in the next three years.

The bank has set aside £3.8bn to cover other aspects of RMBS and billions more for other misdemeanours. RBS admitted in September that “RMBS litigation and investigations may require additional provisions in future periods that in aggregate could be materially in excess of the [current] provisions”.