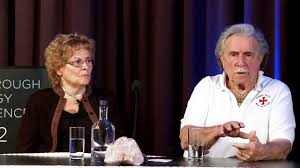 Empty space is not empty at all! The vacuum is actually a plenum. It contains an abundant amount of energy, the zero point energy. There is a cosmic dance of energy back and forth between the physical realm and the zero point field, a constant creation and destruction of matter from the void. The continuous flow of energy in and out of the material world resembles what Eastern Hindu cosmology described as the cosmic dance of Shiva. Could it be that what scientists are observing as the zero point energy is in fact our own collective consciousness and that we are creating the physical world from this energy? If consciousness is indeed the first cause of physical reality and not the effect, at least we have identified a candidate for the required spiritual energy! Ancient science has been secretly preserved throughout history and is now being reconstructed by modern science.

This ancient knowledge is called sacred geometry and for some reason it was very important to be preserved for future generations. In antiquity it was taught in the mystery schools of the Egyptians and the Greeks. On penalty of death, initiates had to keep this knowledge secret throughout history. In the West this knowledge was preserved in Gnostic circles and secret societies of Knights Templars and Freemasonry. The science of sacred geometry claims that everything in our universe has an underlying invisible geometric structure following a fundamental principle. Contemporary scientists now use sacred geometry to explain how physical reality is constructed from the omni present and all-pervasive background energy of the physical vacuum.

Bio
Ralph had an ongoing interest and participation in areas of Esoteric & Aether Knowledge and Technologies. After leaving the US Army in 1954, he began an ongoing search for answers to many questions concerning the Unknown. In brief, he worked for a US Government funded research facility in the areas of Magnetic’s, Levitation and Teleportation. His search eventually led him to the Realities and participations of Teleportation and Esoteric Consciousness.
Ralph is a Natural Scientist and a Creative Technician who in the late 50’s and early 1960’s worked together with Otis T. Carr (A Prodigy of Nikola Tesla) and a team of dedicated Scientists on Alternative Technologies, one of which was Teleportation . He was One of three to pilot a Man Made Spaceship, the OTC-X1. His Dream since birth has and is to produce Levitating Homes, Cities and Countries. He and his Spiritual partner and wife, Marsha talk on Expanding Consciousness and Natural Law which enables people to see the Simplicities of All things there-by bringing their dreams closer to Reality.

ABOUT MARSHA RING
In 2005 Ralph Ring requested Marsha to be his colleague and assist him on his lecture tours. In 2007 Ralph and Marsha joined their lives together, at which time they became a team, speaking together on interviews and lectures, enjoying the meeting of people and helping them to remember who and what they were created to be.

1 Comment to “ Ralph and Marsha Ring : Anti-gravity and conscious awareness in aether technology”