Rachel Jones: How I Got Out of My Head (and into my heart!) 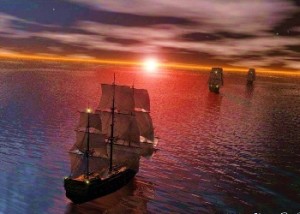 How I Got Out of My Head (and into my heart!)

I am not what you might call a financially minded individual; bank statements bring me out in a cold sweat and I have always found using money a disagreeable necessity. The only things I like about banks are the free pens, of which I have large collection.

I have only undertaken unpaid or voluntary work since 1995 and, on the odd occasion when payment has happened, receiving remuneration made me rather queasy. I am the kind of person who will clean your kitchen every Tuesday because you need some help but will only take payment in a cup of tea and a nice chat. Money, to me, is the expression of something unpleasant and dishonest.

For years, I tried to reconcile my unease with matters pecuniary. I gave money away, pledged it to worthy causes, and used money to buy things for those who were in need – but could never really rid myself of it. Eventually I stopped accepting payment for design or advisory work that I was doing and only accepted food or books. I felt that this was a more honest exchange mechanism, leaving me feeling decidedly less grubby.

So, this is my background; blissfully ignorant of financial matters, not the holder of a mortgage, not a tax payer or a benefit claimant – just me. I earn my keep by running my happy home, supporting my family emotionally and generally putting my whole self into the ledger book.

Why would someone like me with my lack of interest in the stock market, corporate affairs, finance and global industry come to be part of something like the OPPT (The One People)?

I followed the Collective Imagination from December 2012, having stumbled down the rabbit hole looking for more information on Chris Thomas. I really enjoyed the shows and loved the energy of the participants; I felt that I had found a place where I was very comfortable.

In January 2013, when we were first introduced to the OPPT and the concept of the system being dismantled, I was intrigued. I followed the release of each document and struggled with the language. I tried so hard to think it into clarity that it would give me a headache. In fact, the language baffled and bedazzled me; but it felt right to me – so I kept on following the story.

It was not until the release of the document called “The Proper Wording to the UCC filings” at the beginning of March that I got my own “Eureka!” moment.

Once I had read that document, which said that I had done all I needed to do, fulfilled all of my obligations and was now free to remember, I wept. Truly wept.

I felt like I had been in the dentist’s chair for the whole of my life and he had finally said, “You can sit up, now. It’s all over.”

It took me a few days to recover from the power of that experience as it had shaken me so much.

I continued following the information, watched as people went from strength to strength and became the real versions of themselves. I learned how to interpret Heather’s input with my heart not my head and rolled with the truth as Caleb told it. I never sent a courtesy notice, having no interactions that it could apply to, but I did send out the foreclosure flyer to local government departments, credit card companies and the administrators of the Australian electoral register.

My guide in all of this has been my heart; I have felt the truth of what was being done and the transparency with which it was displayed. I have never doubted the Absolute Truth of the matter. It is so very simple to me.

My story has taken an interesting turn in the past month. I recently had the opportunity to rent a space at a “Mind, Body, Spirit” event in my little town for only $25. It seemed a cheap way to spend a Sunday afternoon and, as I used to give psychic readings for friends years ago, I thought I might do the same for strangers. Why not?

I decided, however, that I was not going to be an average psychic reader who would take your dollars in return for some intuitive ramblings of intermittent quality. No, I was going to go and tell people that they were free, beautiful and everything that they needed to know was inside of themselves. Kind of an anti-guru, I suppose!

I took some OPPT flyers, a box full of stones with random words written on, a set of Russian dolls and a pile of messages that I had prepared the night before and sealed in blank envelopes. I was determined not to take money, ask for money or even suggest money should change hands.

I did a little flyer that was titled “Energy Exchange”, I shared some facts about awakening to yourself and how you should not feel alone or scared. I enclosed some poetry, some encouragement and some further reading information.

People came to me and said, “What are you selling?” to which I would reply, “Nothing, I’m just here to remind you how wonderful you are”. This took many people by surprise and they asked again, “what are you offering?” to which I said, “my time”. We then got into conversation about awakening, being absent limits, creating realities and so on.

I also did half a dozen energy readings that were a lot of fun and hit the spot in all cases. One ended up in a long and emotional conversation with an older woman about a rape that had happened to her 60 years previously. For some reason I was there in front of her, with what she needed at the time – which was the news that she was free now; free to heal, free to change, free to laugh and free to move on. She wanted to pay me for my time and, in the end, we agreed on a big mug of soup. (This was $5 worth of yumminess!)

I met some lovely people, had some great soup, laughed a lot and got a booking to go and address a group to talk about energy and how it can be used in exchange for the things we need.

As I was packing away my stones, I found a $20 note that someone had surreptitiously hidden under the box as a payment. This meant that I had not spent a cent on my table rental. With the $20 and the soup, I had exactly broken even.

In reality, I figure I’d ended the day in profit, because my heart was full of love for all of the beautiful hearts that I had interacted with during that time.

I was humbled and inspired to continue sharing love and encouragement everywhere I can.

My message is, “You are now absent limits. Create your own new reality. You are Eternal Essence Embodied and your contract is fulfilled. Now, let’s have some fun!”

So I see myself through my heart and not my head; I’m a beautiful tall ship heading towards new adventures and exciting, unexplored lands.

Thank you to all of my One People family; you are the wind in my sails.