Published by American Kabuki, on August 18, 2013
I spoke with Caleb this morning and he gave me this picture of the Windows Desktop Project XIII app. He expects this will be ready for release in 2-3 weeks.  It works now but the layout of it has to be adapted to the PC format and screen shape and way of doing things.  Apparently its  a fairly simple translation from the Windows Phone version. 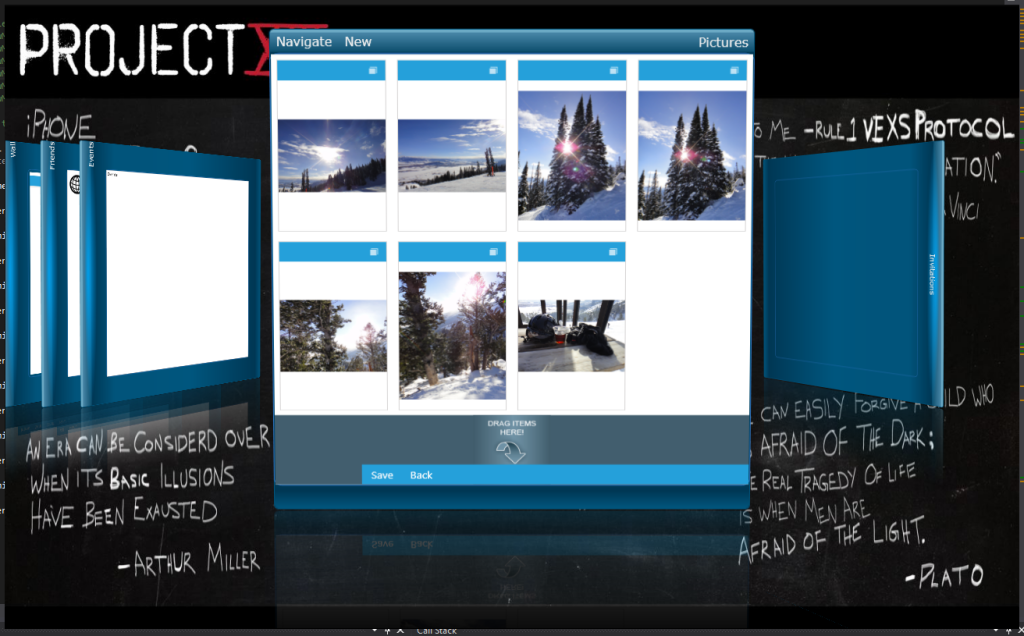 Caleb thinks the iPhone version of Project XIII will be released to the Apple Store on August 24th.  This is tentative and could change based on testing.  Software is a challenging thing to produce even in the best cases. He said it looks very good and will be ready in time for the iPhone 6 release this fall.  Current support plans are for the current version of the software to always support the current iPhone generation and the one before it.  He said it will still run on iphone 4 but it won’t be as fast.

Caleb said there’s been 167 downloads of the Windows App, which he doesn’t consider bad because most people don’t even know anyone who has a Windows Phone, and its let him observe it in operation on a limited scale.  He expects the Windows Desktop version and iPhone version to drive up downloads exponentially when they are released since those are the two most used platforms right now.

Mac desktop will come later, and eventually Linux version based on the Open Source version of Silverlight called Moonlight (which is currently not in active development).  Caleb said if the software takes off like he thinks it will he will take on the costs of reopening the development of Moonlight to bring it up to snuff with the current version of Silverlight and its capabilities. It basically depends on how he sees it developing.   Caleb would like to see a version of Project XIII that runs linux on a USB stick that could be booted up on any PC and not store data locally on the PC…but that’s a way off yet. Future stuff on the “wouldn’t that be cool list…”

Caleb thinks now that this may not be so much a replacement for Facebook as it is a completely new market of customers.  He thinks a lot of the early adopters were never on Facebook.  How that demographic holds up will be something he watches closely.

Future enhancements will be  a Voice Over IP (VOIP) capability that is analogous to how BitTorrents currently work. The Project XIII server will make a call basically in the same way BitTorrent Magnet URI’s work, it will simply tell the other phone where it can find the the other party in the conversation but stay removed from being in the middle of the conversation.  I know that’s a lot of geek-speak but you can follow the URLs above if you want to know more about those…  The computer guys will understand this paragraph.