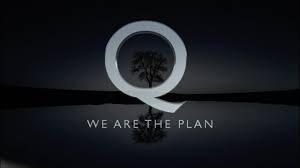 This is not fantasy. They just made us think it is. ALERT! Everything is a lie. We were about to go down the toilet and then were miraculously saved – all while we were focused on everything but what is the most transformative event in living history. View on BitChute: https://www.bitchute.com/video/KngFub… Please help transcribe languages here: https://docs.google.com/spreadsheets/… Now that we know the truth, we have to help them get to the outcome quicker. We must not be asleep anymore, the more that wake up the quicker and easier we will get to the world prepared for us by these great soldiers of freedom.

RISE! Be The Plan! Know your ENEMY, because it is most definitely not WE THE PEOPLE!

Where we go one, we go all.

Not affiliated with Trump, Q or any intel source other than what is publicly available here: https://qproofs.com https://qmap.pub/ Also, I am NOT JFK Jnr. Not even close. Just an average Joe. Disclaimer: I am not making accusations of guilt towards anyone featured in this video. That is Huber’s job, and if they have done crimes, they will be exposed – if not, they won’t.

Many people have asked permission to share. Listen up: SHARE IT. I don’t care if you credit it or not. Download it locally, mirror it, put it up on your own channel, whatever you want. It’s not like I filmed all that footage. Others have asked to donate. NO. We work only for freedom. There are people taking bullets for the republic, the least we can do is scramble whatever talents we have to ensure their sacrifices are not in vain. The good people of America, Left and Right, Democrat and Republican, White or of color, young and old, are witnessing the take-back of America from a large number of very powerful criminals who have been destroying society and the world for several decades, maybe longer. This is the greatest story of our time. You have the choice of either scratching your head in confusion when seeing events unfold, or looking at the information provided by Q to understand the real story.

Don’t be a sheep. They want you divided. They have been working to divide us forever. It’s time to wake up and experience true freedom instead of the fake kind we have been living under. Fellow Americans, and citizens of the world. Now its OUR turn to shine. Wherever we are, we will become the PLAN when we choose to reject what they called GLOBALISM. We recognize the words they used to bend us to their will, and we say no more. It’s time to turn off the media, follow your instincts, trust yourself and BE THE PLAN! May God bless America, and the world.These are people I trust to bring you the right information. Look on Twitter for: @Jordan_Sather_ @prayingmedic @LisaMei62 @CabalPunisher @tracybeanz @SGTreport @LionelMedia @IntheMatrixxx @_ImperatorRex_ @StormIsUponUs (me) There are many others you can find too.