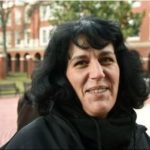 Final note on this matter, as i am in movement: The only silence done, is regarding the unlimited Light doings, done by all, that have been done and that continue to be done, that purposefully far outnumber any and all Dark doings that have ever been done…for they were done simultaneously, because they all ways, always existed simultaneously…doings done for the ultimate balance, unity, and the “overcomming”…that the “end/beginning result” is the state of love, happiness, joy, satisfaction, and celebration for all, by all, with all.

love you.
love all.

by Deborah Franklin, published on American Thinker, on February 17, 2020 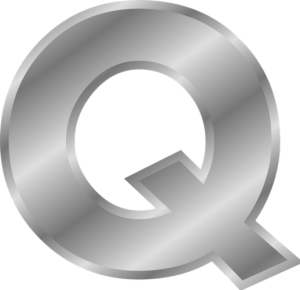 We’re living in dramatic times that are difficult to understand. One way to try to interpret them is through the cryptic clues provided by Q, which appear on an anonymous online forum and imply top-secret knowledge of upcoming events.

As I wrote in my article “An Introduction to Q,” “Q’s followers believe that Q is a military intelligence operation, the first of its kind, whose goal is to provide the public with secret information… Q is a new weapon in the game of information warfare, bypassing a hostile media and corrupt government to communicate directly with the public.” It’s interesting to note that shortly after my article was published here, American Thinker suffered a series of unprecedented hacking attempts. Also noteworthy is that Twitter permanently shut down the account of Zero Hedge, a popular finance blog, two weeks after it posted my article.

President Trump continues to bring attention to Q, repeatedly retweeting Q followers, featuring Q fans in his ad campaign, and making a public display of a “Q baby” at a rally. Yet the media never asks Trump the obvious question: What do you think about Q?

Instead, the media keeps ratcheting up its attacks on Q and the ever-growing worldwide movement that Q inspires. On February 9, both the AP and New York Times published blistering anti-Q articles, claiming that Q promotes baseless, debunked far right conspiracies and accusing Q of inciting violence in deranged followers. The day before this latest media ambush, a massive cyber assault temporarily brought down 8kun, the message board on which Q posts. Ron Watkins, 8kun’s administrator, tweeted,

“Attacks have been coming in all day. Very sophisticated and expensive attacks; the person paying for this likely has deep pockets.”

At the same time that 8kun was attacked, X22 Report, which covers Q postings, also was bombarded. On its Twitter feed, the site wrote it was “being attacked from 54 different countries using hundreds of different IP addresses, I have never seen anything like it.”

On February 12, in response to these events, Q posted, “Highly sophisticated ‘State-level’ attacks [v 8kun] followed by FAKE NEWS attacks [v Q] the next day? Coordinated? Ask yourself a simple question – – why? It’s time to wake up.”

In almost 4,000 posts, Q has painted a disturbing, multi-faceted portrait of a global crime syndicate that operates with impunity. In recent weeks, President Trump has grown more explicit about some of the syndicate’s crimes. Speaking to the National Governors Association, President Trump stated, in an almost casual, offhand manner, why the United States had recently upgraded its nuclear missile technology at great expense. “…we’re buying new, we have the super-fast missiles, tremendous number of the super-fast. We call them super-fast where they’re four, five, six, or even seven times faster than ordinary missiles. We need that because again, Russia has some. I won’t tell you how they got it. They got it supposedly from the Obama Administration when we weren’t doing it. And that’s too bad. It’s not good. But that’s how it happened.”

The President’s lawyer, Rudy Giuliani, has also grown more specific in his accusations, tweeting “The Biden Family Enterprise has been selling his office for years. The corrupt media has been covering up. It was handed to me and I had the courage to reveal it knowing the Swamp would try to destroy me. I served my country. They are betraying it. I will not stop.”

Q followers were not surprised by President Trump’s remarks or Giuliani’s charges, since they have probed into Q’s numerous clues about the treachery of America’s elite. The Q Army reads the headlines through a different lens than those who rely on the mainstream media for information. For instance, Q followers expected Jussie Smollett’s recent arrest on charges related to his alleged staging of a hate crime, and they anticipate his hoax will be tied directly to two failed presidential candidates and their political strategies.

I would like to offer some Q references that may help to illuminate recent events and prepare us for future developments. With the defeat of the impeachment threat, President Trump appears to be launching significant countermoves against those he accuses of plotting a coup. Q followers anticipate that he will declassify sensitive government documents, revealing shocking crimes and collaborations. The exposed criminals are likely to respond with dangerous counterattacks, most of which are unseen by the public. As Q recently wrote, the silent war continues.

Let’s take a look at some recent events, in light of Q’s messages.

Trump Acquitted of Impeachment Charges: When Republicans lost the House of Representatives in 2018, many Q followers were dismayed. They feared the Democrats would use their new power to unleash disruptive investigations and push impeachment. Q responded several times that the Senate was the target, emphasizing that the Q team’s midterm election strategy centered on strengthening the Senate as part of a long-term plan. With President Trump emerging from the impeachment ordeal at his political zenith, Q’s confidence in the midterm election results continues to resonate.

The Best Is Yet To Come: Trump’s New Reelection Theme

President Trump ended his recent State of the Union address by declaring, “The best is yet to come.” This statement, with its inherent optimism, appears to be central to his reelection message, and he and his team have deployed it several times.

The President debuted this message on January 28 by concluding his massive rally in Wildwood, New Jersey with these exact words. However, Q followers were already familiar with the slogan, because Q had dropped it at 2:26 that same afternoon.

Trump Hints at Tarmac Meeting Deal: On June 27, 2016, Bill Clinton and then-Attorney General Loretta Lynch held a supposedly impromptu meeting on her plane at Phoenix Airport, where they discussed (according to them) golf and grandchildren. Skeptics have long suspected that Clinton and Lynch were working out a deal in which Lynch agreed to drop the probe into Hillary Clinton’s email scandal in exchange for a payoff.

On January 14, at his Milwaukee rally, President Trump offered some insight into the nature of the payoff, when he suggested that Bill Clinton promised Lynch a Supreme Court appointment, which would be conferred after Hillary’s expected victory.

Q followers were already familiar with this scenario, because on February 6, 2018, Q had posted the following message about the Tarmac meeting: SC/LL deal > AS 187

Here’s how some Q followers interpreted that message: The Supreme Court/Loretta Lynch deal was connected to the purported murder of Supreme Court Justice Antonin Scalia. (Note: 187 is police code for murder. Q often uses this term when discussing alleged Deep State murders.) Scalia died suddenly at a Texas ranch on February 13, 2016, and was declared dead of natural causes over the phone. No coroner or medical examiner ever saw him and no autopsy was performed.

Trump accuses Adam Schiff of being “a very sick man.” President Trump has accused House Intelligence Chairman Adam Schiff of various acts of political chicanery, but in a January 26 tweet, he raised his criticism to another level: “Shifty Adam Schiff is a CORRUPT POLITICIAN, and probably a very sick man. He has not paid the price, yet, for what he has done to our Country!”

The president’s words immediately evoked one of Q’s signature phrases, which Trump himself has also said: “These people are sick.” But moving from “these people” to the specific person of “Adam Schiff” marks another phase of disclosure. On January 31, 2018, Q dropped hints that Schiff committed serious criminal acts that connected to the Standard Hotel chain. Q directed attention to a California helicopter crash that had just killed Kimberly Watzman, General Manager of the Standard Hotel in West Hollywood, and asked: “What happened @ those hotels?” Perhaps some context for these potential criminal acts may be inferred from Schiff’s close friendship with Ed Buck, a major Democratic donor who was arrested in October 2019 for killing two men with drug overdoses in his apartment and almost killing a third. Schiff has also publicly praised his friend, Dr. Bruce Hensel, the NBC medical correspondent, who was arrested in 2019 for sex charges involving a 9-year-old girl.

Q has named this extraordinary time “The Great Awakening,” in which the world moves from “dark to light.” As the darkness of horrific elite secrets gives way to the light of public scrutiny, our fortitude will be tested. But Q assures us, “You are watching the systematic destruction of the OLD GUARD.” And when the news gets too frightening, it’s worth remembering Q’s oft-repeated directive: “Pray.”  Q posts are compiled here: https://qmap.pub/ https://qanon.pub/