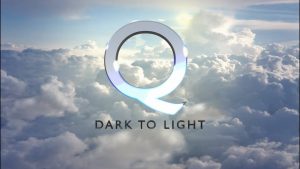 I made this because I was bored during my 7 day Twitter ban. Listen, if [you] don’t want the truth to spread, don’t give me MORE FREE TIME! Not affiliated with Trump, Q or any intel source other than what is publicly available here: https://qproofs.com https://qmap.pub/ Also available on Bitchute: https://www.bitchute.com/video/Yr5td5… Also, I am NOT JFK Jnr or that coastguard dude. Just an average Joe. Many people have asked permission to share.

Listen up: SHARE IT. I don’t care if you credit it or not. Download it locally, mirror it, put it up on your own channel, whatever you want. It is my personal choice not to monetize my platform for anything until the Fed is dead, gold backs our money and the Republic is debt free.

There was a time when our children stood at attention, put their hand on their heart, and in one UNITED voice, recited the PLEDGE OF ALLEGIANCE. When STRENGTH and HONOR meant something. When standing for our FLAG meant something.

There was a time when our history was taught with PRIDE and RESPECT. When respect was given to those who serve(d), bled, and died to protect and defend our freedoms.

There was a time when we were GRATEFUL. It was when WE, THE PEOPLE, decided our future and had a voice that was heard. We are all bound by a feeling deep inside.that people in power are exploiting and abusing us, while using the powerful media apparatus to pretend they are not.

All we ever wanted was to do the right thing, but they kept telling us we were wrong. We started to believe them and let ourselves forget everything that once made us strong. We became weak. We elected TRAITORS to govern us. We allowed EVIL to prey on us.

Those who claimed to represent us gave us false hope, made false promises. The evil and corruption only grew. They invented the word ‘Globalism’ to advance on their agenda of tyranny undetected, using fake narratives of social justice to neuter our resolve to fight back, and silence us with shame.

If you lived through a Globalist revolution, you will remember many false promises of prosperity and justice for all, but observing only poverty, violence and death. One after another, these nations were looted for every resource the land and waters produced. Citizens who would not surrender their freedoms were threatened, marginalized or even killed, those who did were weaponized. They blamed us for destroying the environment.

For poverty. For slavery. For not going to college. Or for just giving up. What you must learn is that it has always been THEM: a colossal mutated global criminal class who had risen and occupied every level of corporate, legal and political power imaginable.

In 2016, they were preparing for an endgame that was to start with the election of Hillary Clinton, and within 8 years would have culminated in nothing less than a mass global nuclear holocaust. Yet somehow, while humanity was taking its last step over the precipice of extinction, there was a miracle.

You may know it as The Plan. Brave Patriots set into motion a sophisticated military-grade global sting operation against the overwhelming network of corruption that led all the way to the top. By the time good people of the world learned of the frightening reality they were living in, and how close we came to the end of it all, we had already been saved. Raging around us is the final phase of a vast global shadow war – not between nations – but between the forces of good, and the most unimaginable of evils.

THEY KNOW WHAT IS COMING. IT IS NOW MORE CLEAR THAN EVER. NEVER IN OUR HISTORY HAVE THEY BEEN THIS EXPOSED. NEVER IN OUR HISTORY HAVE THEY COME OUT FROM THE SHADOWS TO FIGHT. THE TRUTH IS CLEARLY VISIBLE. They defend the violent criminal gangs of MS-13? They openly promote the dismantling of our borders. They said there would be nuclear war if Trump remained in office? They encouraged violence against those who spoke out.

They pushed hate, war and economic decline. They wanted to stop peace talks with North Korea. They called for Trump to be impeached, not even providing a reason. They tried to get us to hate America. And so many obeyed. But now, each day, more and more, we see they are terrified.

They knew this day would come. The entire world is watching. Patriots from around the world know that if AMERICA should fall, so falls the world. That’s why we have Q. We the people, patriots everywhere, stand at the ready. We volunteer our talents willingly. We fight. We think for ourselves. Dark to light. God Bless America and all patriots of the world.