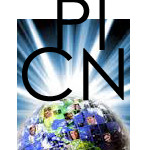 Legal Matter: US Government Imposition of Monsanto’s Toxic Products on the American People and the People of the World

Whereas, the Monsanto Company, as a transnational purveyor of agricultural biochemical technology, has been incestuously incorporated into the US government since the Second World War, with its corporate agents being widely employed as federal legislators, lobbyists and agency/court officials; US Government-Monsanto Corporate Ties
http://www.whale.to/c/monsanto666.html

Whereas this exposes on the part of the US government corporation, its congressional board of directors, its agencies and its courts, deliberate denial of remedy, indicating complicity in criminal conspiracy by aiding and abetting Monsanto in crimes against nature and humanity, these also being war crimes, since America has been under martial law since the beginning of the Civil War in 1861; Lincoln’s Declaration of Martial Law Has Never Been Rescinded; This Has Been Quietly Used Against We the People
http://www.bibliotecapleyades.net/sociopolitica/master_file/martiallaw.htm

Whereas these actions/inactions clearly indicate on the part of the US government and its client, Monsanto, a pattern of criminal intent and conduct in violation of the Geneva Conventions and Nuremberg Codes, as well as the Bill of Rights and the United States Code, including the RICO Act; The Ten Points of the Nuremberg Code
http://en.wikipedia.org/wiki/Nuremberg_Code#The_ten_points_of_the_Nuremberg_Code

Whereas, beginning in late October 2012, the One People’s Public Trust filed a series of legal actions under the Universal Commercial Code (UCC) dechartering/foreclosing upon the global banking cartel, its associated transnational corporations and private, for-profit corporations masquerading as governments that also served it, thereby freeing the people of the earth; Compilation of Articles http://wakeup-world.com/oppt-in/ About  (OPPT) UCC Filings.
One People’s Public Trust (OPPT)  https://i-uv.com/oppt-absolute/original-oppt-ucc-filings/

I respectfully request, as one human being to another, that each former employee of these now-dechartered/foreclosed upon corporate entities begins to conduct him/herself in accordance with national, international and universal law; that they refuse any longer to participate in any further criminal actions or inactions against the American people and the people of the world, their food/water supply or the environment of this planet; that they will seek to remedy such systemic crimes already committed; and that they will discover for themselves, the American people and the people of the world vital information concerning these systemic crimes, that such crimes may thereby be prevented in the future, and that the perpetrators of those crimes inflicted in the past be held personally accountable for their chosen actions and inactions.