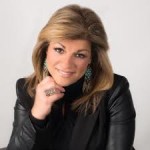 As a Medium I am often asked who will win this upcoming election. Okay so I have dropped some hints here and there on Twitter, as I do not wish to start a political debate and I do not wish for anyone to post anything negative here about either candidate. Please be mature adults. I respect your opinions. All of you. This post is not about anyone’s opinion. It’s about what I’ve seen and been told by the other side regarding this election. Now everyone has their favourite candidate and everyone has a reason to back it up. I am here to tell you that what you think you know – YOU DON’T. Whether you are a republican or democrat, what I see is not about either party. The structure of government as we think we know it will no longer exist. The election may have one winner over the other but then the outcome will quickly change.

This election is not cut and dry as you know elections to be. One winner right ? Wrong. Wrong wrong. There is going to be a plot twist like you’ve never seen before. It will change everything in our system. I say system because that is what it is. It’s a system that we were programmed to buy into. A system that does our thinking for us. A system that allows us to believe that if one has more paper money over another then they are affluent and the other is a failure. A sure way of segregating humans into categories. Okay back to my vision. You will say omg how didn’t I see this before. You will scratch your head in amazement. You will think it’s the biggest show on earth. Bigger than any drama that you can ever watch in the media. If you think it’s what’s been shown on the news already? Well, it’s more involved and has not yet been revealed. I say between the election and the new year we will know. I RARELY give world predictions. In fact, I never do. I usually keep them to myself.

Spirit told me to let you know to let go of what you think you know. Do not assume it will be an outcome that the media has you so brainwashed to believe or that your personal opinion is based on what you think you know. This will be the unveiling of hidden illusions that may make your head spin. Don’t ask me what it is. I only have some glimpses. If you know me and how I receive my information, you know my Guides typically show me the final outcome which is what I just wrote. This is not one party over another. It is about how we are going to grow into our highest spiritual being. The bigger picture is why this will happen. No fears. It must go down this way. I feel it will be for the highest good. It will open our eyes to many truths. I feel it will teach us once and for all to trust in a higher power in the Universe. And that power is not left or right. THAT POWER IS UP. GET READY FOR THE PLOT TWIST PEOPLE. Not just for the United States – but for the betterment of humanity and to raise the consciousness of our world to a higher vibration.

1 Comment to “ Psychic Kim Russo on Election, Get Ready for Plot Twist”