Proposal Denied. But Thanx for Playing…..

BZ:This was a Skype post by Heather Ann Tucci-Jarraf posted September 30, 2013 that I felt was a companion piece of this post that D wrote.

I have considered the proposals and here is the final will and word in regards to said proposals sent to the presenters:

Love, all proposals presented create, maintain, or manage some form/system of separation of I.  In eternal love, gratitude, and peace….those proposals do not make visible what IS, and, therefore, are not implemented.  I make visible all that IS I and I injoy every inbodyment of I DO’ing I.

Proposal Denied. But Thanx for Playing…..

So the US Corporation, I mean “government” is going to close down at midnight tonight.

Are you really all that shocked?

The games that these “public servants” have been playing have been all about their personal and party-line agenda’s and nothing about budgets or spending or cuts or even Obamacare.  Since the beginning of this year, with the whole ramped up Main Stream Media Circus over the next year budget… with the drama queens pumping out the fear porn and their threats of what will happen if suchinsuch doesn’t happen by this day… I mean this day, no actually two tuesdays from tomorrow….. the public should be immune to the ridiculousness by now.  But apparently they aren’t. If the US “government” shuts down tonight, it won’t have anything to do with congress picking their noses instead of settling a budget.  ……(although it might have a hell of a lot to do with being bankrupt… just sayin’)

Here’s the thing:  These guys in congress have no interest in settling a “budget” for next year, or figuring out where to cut spending or what to cut spending on…… why would they?  They don’t even care if their own salaries get lopped off in the process (besides the fact that they make far more money from their side-line ventures than they do in their official paycheck) because in their minds all that crap is already taken care of so they’ve spent the last 9 months pushing their personal agendas and playing a game of oneupmanship to see who can make the most money and gain the most perceived power.

Wait! Taken care of, you say?

YES, taken care of.  Why?  because they’ve all been told that there is a “New” financial system that is about to be launched (for the last 9 months, cough cough cough), that will wipe out the perceived government debt, set up the new Treasury dept with rivers of gold and showers of money, and make them all bijillionairs.  So why would they care about the budget in 2014, 16, 18 or whenever?  Why hammer out numbers and budgets when you can get mani pedis, read the horoscopes, gossip about inside trading tips and finger your SKRs while dreaming of Lamborghinis and tropical islands full of cookers and hocaine.

….. Seriously people, can’t you see that they have better things to do here then worry about the monkeys and the “raw material”?!

Ok, I’ve had my moment of sarcasm, I think it’s out of my system now.

To make a long story short, There is no “New” Financial System.

finance = late Middle English: from Old French, from finer ‘make an end, settle a debt,’ from fin ‘end’. The original sense was ‘payment of a debt, compensation, or ransom’; later ‘taxation, revenue’ Current senses date from the 18th cent., and reflect sense development in French.

The highlights are mine, of course, and the use of the colour red to make sure you really see the word RANSOM in that definition.

There is no “New” or old or ANY Financial system. If you’re not sure why, then please re-read the above definition.
….. sorry, the sarcasm slipped in there again.

There has been a HUGE amount of desperate scrambling around, plotting, proposing of new plans, and pulling out of hair when the proposals were turned down point blank this past week. The current controllers of the current slavery system- both planetary and non-planetary- are to the point of doing anything to get some sort of slavery 2.0 system in place so that their empires of hierarchy can continue…..  Sorry guys but:

– No, there will be no more financial system

– No, you can’t control of distributing the new “value” system

– No, you can’t control the new technologies and be in charge of distribution

As for the RV, this weekend I actually read some of the supposed information that was being discussed on a few chat sites and in various articles and had a head/desk moment when I realized that  they being told some of the most ridiculous shit ever – Panama is the delay?  Panama didn’t have the new computer system installed?  Didn’t have their own money? Anyone who actually know’s what’s going on in Panama probably had a seizure from laughing at that one.  And then there was one big run down of what is supposedly going on that didn’t even have the various Funds straight, or where the PPs were supposedly being paid out from or even have accurate dates on how some of these things were put together in the first place. 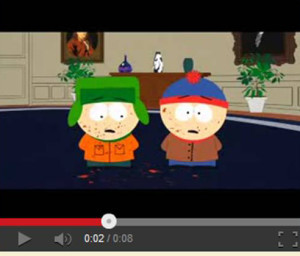 … I did, however, like that Zap named the 5 Star Trust as being a cabal tool- hell people, it’s being run by Ernest Rothchild!!!

None of the major mega trust funds have been released.  Not. One. Of. Them.  The collateral accounts have not been signed over to anyone (including swissindo), and the only two guys who have access to the accounts can no longer access them even themselves.   Regardless of what anyone is saying, the Omega hasn’t been released, neither has the Alpha or any of the others in the SGT.  The Wanta Reagan Mitterand funds have not been released and to the best of my knowledge lizzie is still holding tight to the World Global Settlements….. if in fact there actually IS any money left in that account after all the thievery that’s gone on for the past 60 years.

It doesn’t matter anyway.  That system of slavery is about to disappear for good. Really Really soon.

The Absolute Plan, planned all of this stuff that has been happening.  The entire financial system- Here, There and Everywhere- was designed to FAIL. And it’s doing an amazing job of fulfilling it’s role in showing the contrast.  Remember that in order to truly appreciate the Light, there has to be Darkness.

The time of Darkness is now over.

Your proposals have all been rejected.