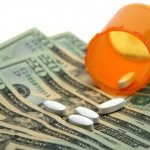 by Jennifer Lea Reynolds, published on Natural News, on October 15, 2015

(NaturalNews) In a refreshing change of pace, an established doctor has shed light on the fact that many mainstream medical approaches designed to improve health aren’t what they’re cracked up to be. In fact, they’re downright ineffective.

While this hardly comes as a surprise when you consider the plethora of side effects that come with pharmaceuticals, and that they alter the minds of those who take them, what is surprising is that a medical professional has boldly dared to come forward to publicly expose a medical scam.

Dr. Dwight Lundell, a heart surgeon and retired Chief of Staff and Chief of Surgery at Banner Heart Hospital in Mesa, Arizona, has made no qualms about pharmaceuticals’ ineffectiveness and the need to let go of commonly held medical beliefs. In particular, he’s put statins in the spotlight, saying that the cholesterol-lowering drugs wreak havoc on health.(1)

As a heart surgeon with 25 years experience… today is my day to right the wrong with medical and scientific fact.

I trained for many years with other prominent physicians labeled “opinion makers.” Bombarded with scientific literature, continually attending education seminars, we opinion makers insisted heart disease resulted from the simple fact of elevated blood cholesterol. The only accepted therapy was prescribing medications to lower cholesterol and a diet that severely restricted fat intake. The latter of course we insisted would lower cholesterol and heart disease. Deviations from these recommendations were considered heresy and could quite possibly result in malpractice. It Is Not Working!

These recommendations are no longer scientifically or morally defensible.(1)

His thought-provoking statements reinforce what many have believed all along: The conventional medical system is not working. Yet ties to deep pockets and behind-the-scenes ulterior business motives – which are common in the mainstream medical world – keep the industry going. The business of sickness is a profitable one.

For example, statin drugs recently came under even more scrutiny than normal after scientists at Tulane University in New Orleans produced more evidence that they are far from healthy. It was determined that they accelerate the aging process, render many of the body’s cells unable to carry out essential functions and can lead to liver dysfunction, memory loss, cataracts and diabetes.(2)

Lying for profit: Telling healthy people they are anything but

Heart health and the pharmaceutical inadequacies surrounding it aren’t the only medical issues coming under fire. When it comes to cancer, chemotherapy-for-profit scams abound. Sadly, there are many bad apples in the medical bunch who think it’s acceptable to tell healthy people that they have cancer when they don’t, even going so far as to administer treatments.

One such doctor is Michigan oncologist Dr. Farid Fata, who pleaded guilty to 16 counts of healthcare fraud and misdiagnosing patients. He repeatedly misinformed patients that they needed chemotherapy when they did not. Some family members of his patients even noted a sense of desperation; one son recalls the time his father was met by Dr. Fata’s staff curbside, at which point they proceeded to give his deteriorating father treatments as he sat in his car in a parking garage.(3)

Not so pretty in pink: Cancer scams also a disgrace

The cancer scams have long-been a disgrace to society, with the Susan G. Komen for the Cure foundation at the forefront of such deceit and wrongdoing. As reported by alternative media sites, their partnerships with mammogram manufacturers and pharma companies mean – guess what – it’s not really your health, but the financial partnerships they’ve forged, that truly matter. All of that, tied up in a neat little pink bow and perhaps a matching pink shirt to match, to make you feel good about donating to a cause.(4)

Then there’s the whole debacle with mammograms. While women flock to them in droves based on the ingrained (brainwashed?) belief that they’re life-saving devices, the reality is that many times the method fails to properly differentiate between invasive and non-invasive cancers. As such, many women undergo energy-zapping, drawn-out procedures that forever alter their health, or even lead to their death.(5)

So, kudos to Dr. Dwight Lundell for speaking up.

Everyone deserves good health, not false promises and scams that create the opposite effect.