BZ: President Trump put a major emphasis on how horrific the human trafficking in in The US, and that it would all be revealed. This feels like the signal of a major reveal coming! 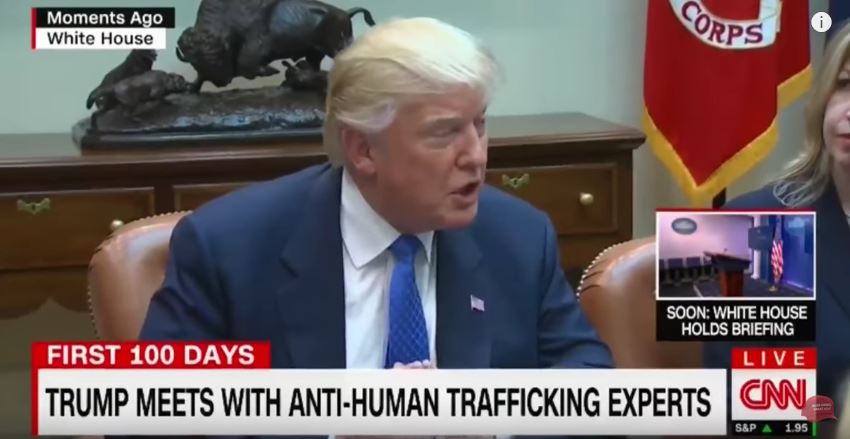 Appearing at the press conference for less than two minutes, President Trump said that the issue has been on the radar of federal government “for some time” but since taking office in January the investigation has become “much more focused.”

“It has been much more focused over the last four weeks, I can tell you that.”

Appearing calm and determined, Trump thanked staff members and his daughter Ivanka for their hard work on the issue in the lead up to his announcement. While the establishment and mainstream media have been trying to destroy the investigation into Pizzagate and suppress the findings, the Trump administration have been quietly researching and launching low-level take downs, gathering evidence in order to move up the chain.

Trump made it clear that the investigation intends to go all the way to the top, promising to bring the “full force and weight of our government” to eradicate the insidious problem.

“I want to make it clear today that my administration will focus on ending the absolutely horrific practice of human trafficking and I am prepared to bring the full force and weight of our government at the federal level in order to solve this horrific problem that is getting worse.

“Human trafficking is a dire problem, both domestically and internationally, and is one that’s made really a challenge. And it’s really made possible to a large extent, more of a modern phenomenon, by what’s taking place on the Internet, as you probably know.

Former Congresswoman Cynthia McKinney welcomed the news on Twitter and provided D.C insider information: if Trump goes straight all the way with the investigation, senior Democrats and Republicans in D.C are going to be bought down. 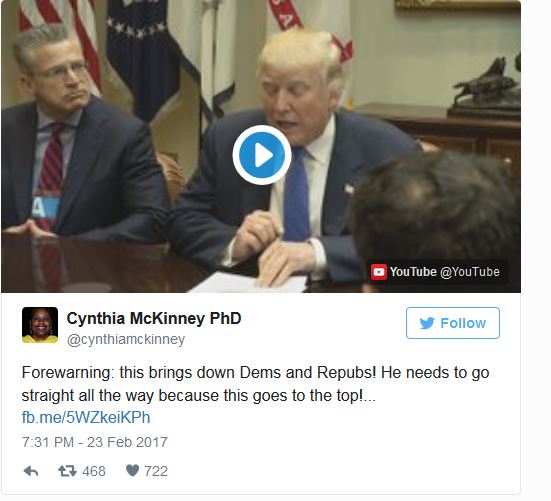