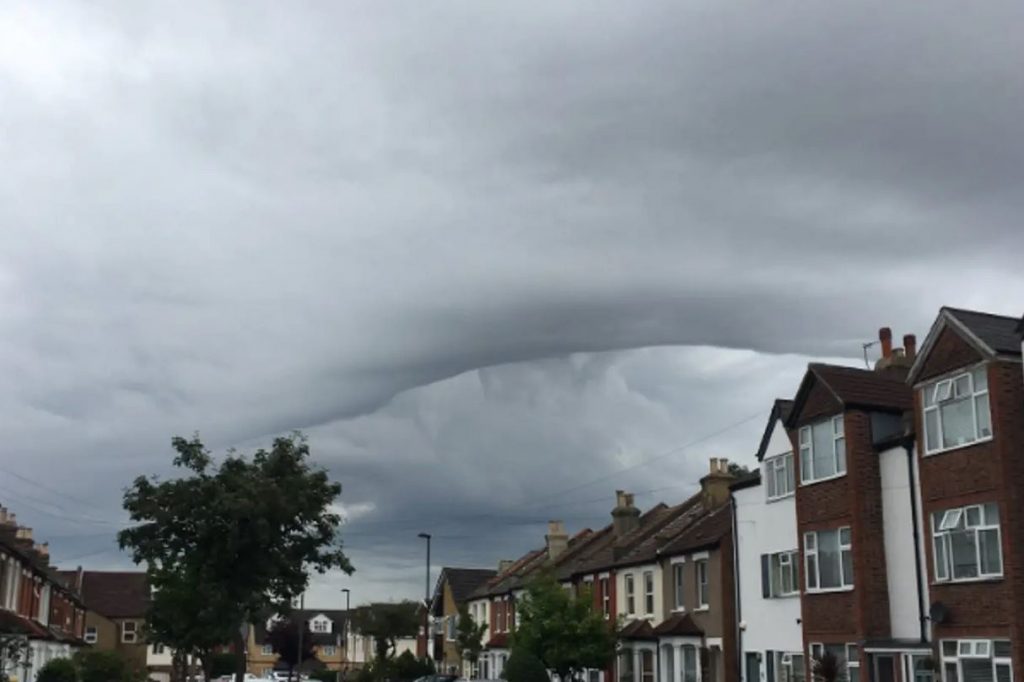 Londoners have been left scratching their heads after mysterious “black hole” clouds appeared above the capital.

The unusual cloud formation had been spotted in over London this morning, at about 8.30am, after Londoners had enjoyed sizzling temperatures the day before.

Incredible photos showed huge “dents” in the clouds, with one witness describing it as looking “like peaks of whipped meringues”.

Another viewer, who spied the cloud formation over Thornton Heath, Croydon, said the “creepy” cloud looked like a black hole. 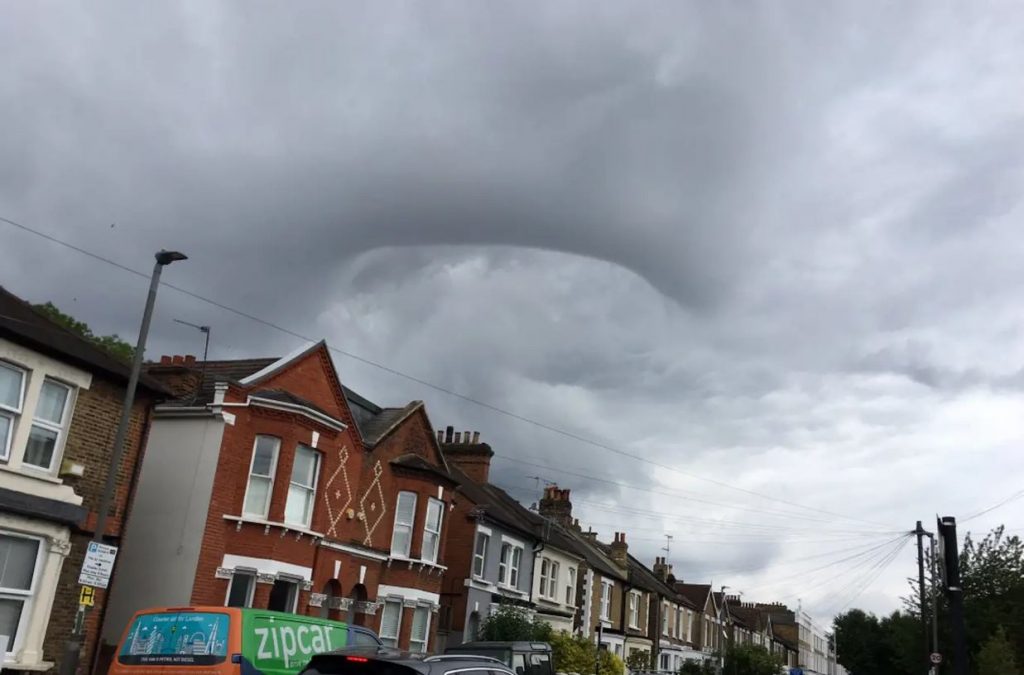 An eerie image of the clouds above Parliament was also shared.

Morning @liamdutton saw this cloud formation over London this morning. Looked interesting – is it? pic.twitter.com/MIfUPTycyn

According to the Met Office the strange formation looked like Asperitas clouds, which translates approximately as “roughness”.

Characterised as looking dark and storm-like, the ominous looking clouds are common in the United States and typically seen after thunderstorms.

The Met Office said: “Asperitas (formerly referred to as Undulatus Asperitas) is a distinctive, but relatively rare cloud formation that takes the appearance of rippling waves.

“These wave-like structures form on the underside of the cloud to makes it look like a rough sea surface when viewed from below.”

@BBCWthrWatchers just taken over central London, very odd clouds! What are they? How are they formed? pic.twitter.com/FcR9NceGk1

Forecasters added that although the cloud formation can appear after thunderstorms, it can also be brought on by “calm environments”