As the violence in Myanmar continues, the Dalai Lama urged monks to act according to the peaceful principles of their religion and told them to “remember the Buddhist faith.”

The Dalai Lama made his remarks to reporters at an annual human rights conference in Prague, capital of the Czech Republic. He went on to say that there was “too much emphasis on ‘we’ and ‘they'” in the world, and declared that “this century should be a century of dialogue, not wars.” 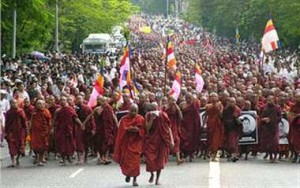 Myanmar’s Rohingya Muslim minority have been the main victims of the sectarian clashes that last year left around 200 people dead in the state of Rakhine, and a further 140,000 without homes. They are especially vulnerable as about 800,000 Rohingya Muslims are deprived of citizenship rights due to discriminatory policies.

The government has been criticized for failing to protect the Rohingyas. Opposition leader Aung San Suu Kyi, chairperson of Myanmar’s National League for Democracy, added her voice to those demanding change from above, saying on Tuesday, “The ethnic problem will not be solved by this present constitution, which does not meet the aspirations of the ethnic nationalities,” according to Press TV.

It isn’t the first time that the Dalai Lama has explicitly denounced the attacks on Muslims. In May he told an audience at the University of Maryland that “killing people in the name of religion is unthinkable” after delivering the Anwar Sadat Lecture for Peace. He said, “I pray for them (the monks) to think of the face of Buddha.

[This video is a short excerpt from a public talk titled Compassion as a Pillar of World Peace given at Florida Atlantic University as part of their Peace Week activities. The Dalai Lama discusses how to deal with enemies, adversities and gaining confidence.] 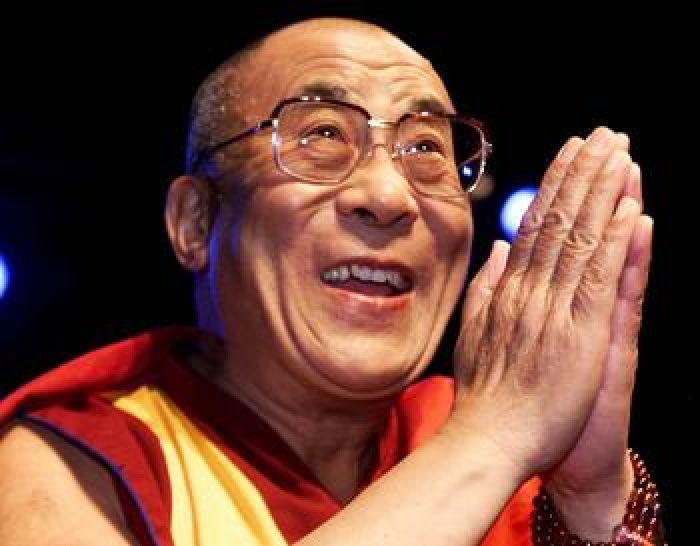