To Build a Community Economy, Start With Solidarity 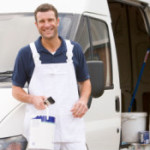 To Build a Community Economy, Start With Solidarity

“United for Hire started as a worker-owned co-op by tenants who said, ‘Why should we pay outsiders for landscaping?’”

When Cecilia Pastor greeted us at the door of an empty unit at Spring Meadow Apartments in Springfield, Mass., she was surrounded by the harsh smell of paint and the cleaners she had used to scour the space to make it presentable for a new tenant. A petite 30-year-old woman, she was working for United for Hire, a worker-controlled landscaping, snow removal, and cleaning firm operated by the innovative nonprofit Alliance to Develop Power (ADP). “One thing I have learned and really like in United for Hire is we work in a community economy, and the money circulates,” she said. “And we have good salaries where we can support our families.”

“Building a community economy.” That ethic, heard from ADP members and workers alike, defines the Springfield-based nonprofit. Deputy Director Keya Hicks, who was an active member before joining the staff, explains the power of the idea, loosely taken from the work of the late feminist scholar Julie Graham: “These are folks who live right in the community. They want their lawns to be mowed. They want their snow to be removed. They work for United for Hire; they pay rent from those checks to keep the property running, so the wealth circulates in the community.”

For a relatively poor city like Springfield and the surrounding area in the Pioneer Valley of western Massachusetts, this is a powerful idea. For the 21-year-old ADP, it means that enriching the social ties and cooperative ethic among its members and within the community is just as important as economic development or political organizing (a recent campaign stopped a transit fare hike). It is that larger vision of building a web of solidarity that distinguishes ADP and United for Hire from other community development organizations that also aim to stabilize the local economy, create affordable housing, and nurture advocacy.

Hicks joined ADP while living at one of the four independent complexes of Section 8 housing that are the social and economic anchor for ADP’s work. ADP created these “cooperatives,” as it calls them, by buying out existing housing developments from private owners and creating freestanding 501(c)(3) nonprofits for each, as required by the Department of Housing and Urban Development at the time. The tenants control their housing through a democratically elected board.

While legally independent of ADP, the four developments are represented on ADP’s board, and their tenants are a core part of ADP’s membership base. The management company that operates the housing largely hires ADP members to run them—including using United for Hire to maintain the grounds and apartments. 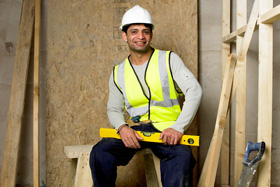 “It’s quite simple how we got to the community ownership model,” where housing or the workplace are cooperatively run but not necessarily cooperatively owned, said ADP Executive Director Tim Fisk. “United for Hire started as a worker-owned co-op by tenants [of the four buildings] who said, ‘Why should we pay outsiders for landscaping?’” But many of the original founders drifted away, and the four who remained struggled without regular paychecks, doing seasonal work. In 2008, ADP bought out the remaining workers and turned the worker co-op into a 501(c)(3) nonprofit that it controls. Its nine workers now earn at least $15 an hour and are hired from among ADP’s activist base. Even though they are not owners, the workers—like those in a co-op—set policy and discuss work problems and politics at monthly meetings.
When people get confused about what a nonprofit is doing mowing lawns, “I just say this is a community-owned business,” says ADP Deputy Director William Cano.

Since early 2012, Craig Buchanan has served as United for Hire’s manager. He not only creates the crew’s schedules and organizes the monthly staff meetings, he uses his ties in the construction industry to prospect for new clients beyond the four housing cooperatives so that United for Hire can grow.

In shifting United for Hire out of the worker-cooperative model, the community also faced a larger question: Why should the earnings be directed only to the worker owners? “Now … the surplus is distributed to all ADP members through the programming that we do,” said Fisk. That includes its advocacy for better economic conditions for the whole community, not only its workers.

ADP projects gross sales of $850,000, 40 percent of which goes to the workers in wages, with $200,000 supporting ADP. It has a total of 43 workers in its network. That includes those organizing for immigration reform or those staffing the ADP Worker Center/Casa Obrera, which fights for fair pay and offers ESL classes and affordable financial services to its 800 dues-paying members. It includes the 10-hour-a-week job that tenant Orlando Soto took on over the summer—he drove a truck that carried vegetables from a local farm to the Spring Meadow Complex making fresh produce accessible to very-low-income people. ADP bought shares in the farm’s harvest at the beginning of the growing season, and ran a farmers market onsite where residents and neighbors from the surrounding community could use cash or food stamps. Surplus produce was distributed through ADP’s food bank.

Searching for the cooperative ethic

In a city that is almost 39 percent Latino, about 23 percent black, and just over a third white, yet fairly segregated, the racial diversity and comity among the members and workers is striking. ADP encourages members to show solidarity and fight battles that might not immediately be their own—for instance, for accessible mass transit or fair immigration policy. New workers are recruited from community members who have stepped up in these struggles—they are more likely to have a cooperative ethic.

“What have you done in the community economy?” Fisk asks. “That’s more important than if you have experience banging nails. We can teach that. But the strength of ADP is in our shared values.”

Pastor became active in ADP through her husband’s involvement in the worker center. “He was receiving some worker rights training because he was being abused at his workplace at a construction company,” said Pastor. “I started getting involved in the community, ADP, and then got hired.”

Chris Fanous, 33, a native of Springfield, joined United for Hire after being active in the transit fight. “I was working in an auto parts store but I got laid off,” he said, taking a short break from fall cleanup on the grounds of Spring Meadows. “I ran into Craig in the [ADP] office and got scooped up.”

It makes perfect sense to them that part of what they earn for United for Hire funds ADP advocacy in other areas. They were—and are—part of that advocacy and understand the power created by solidarity. They are earning more than a living wage from a steady paycheck: They are helping drive political transformation.

Now ADP is exploring how to get healthy food into the poorer areas of the Pioneer Valley. While still in the idea stage, ADP has to be careful not to promise too much. Cano explained that “in the base building stage, [people say] ‘I will participate if you can create a job for me.’ We were honest—this project will create jobs but we don’t want you to come in just for a job.”

Hicks explained the heart of the problem. Jobs are important. But if they are the main goal, “it also takes away from a concept of the true transformation of our communities.”

That means that along with jobs will come a cooperatively run venture that nurtures grassroots leadership and empowers members to contribute to their own well-being and that of their neighbors. 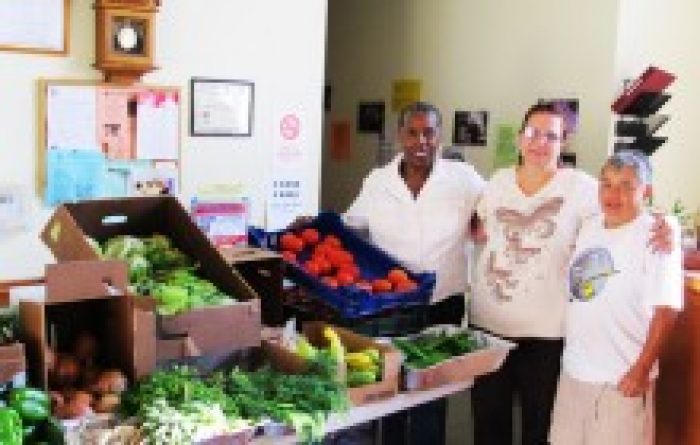