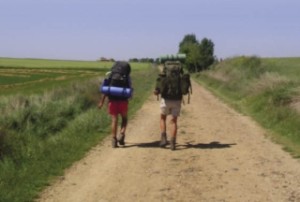 A four-month-long walk on an ancient pilgrimage route offers young offenders a different pathway. Adam Weymouth on the slow healing of Oikoten.

‘Santiago de Compostela – 2,496 km’, reads the signpost. I am standing at the end of a cul-de-sac half an hour’s train ride from Brussels, in the Belgian town of Herent. It seems an improbable place from which to begin one of Christianity’s most important pilgrimages. Yet since 1982 more than 350 teenagers have walked down this road at the beginning of a four-month journey to Spain, at the end of which lies not only the tomb of St James, but also their own freedom.

This is the home of Oikoten. The word comes from the Greek, and means both ‘away from home’ and ‘by one’s own effort’. Thirty years ago, a group headed by Pol Symons and Luc Couvreur sought permission to take two teenagers out of prison and walk with them to Santiago, inspired by a similar practice that they had seen in the US. If they arrived, the teens would be free to go. Sophie Boddez, one of the project managers, shows me into the meeting room of their converted barn. On the walls are photographs from the past three decades: mostly of young men, bent under rucksacks, topless and burnt by the sun, smoking cigarettes and grinning at the camera.

‘The whole idea,’ Sophie says as we sit down, ‘is that we give youngsters a different role in society from the one they know. Normally they are seen as aggressive delinquent boys, but here they are only pilgrims. Nobody knows their story.’ The teenagers get in contact with the organization themselves, told about it by their social worker or the institution they are in. ‘Generally we choose the ones who don’t have many other options. Youngsters with problems in different areas, with a long history in institutions. At 17 they arrive at Oikoten saying, “Nobody wants me, nobody can work with me. Can you please take me on the trip, because I have nowhere else to go.”’

The adults who walk with them are paid for their time, but are not professionals. Oikoten prefers that each mentor does the walk only once, so that they too have a unique experience. Luc Peters arrives, a social worker in his fifties, who walked with two teenagers in 2006. Thomas was in an open prison for the first time, for drugs-related offences, while Guillaume had spent most of his life in and out of institutions.

The night before they left, Luc met their families at Oikoten. The teenagers, the mentor, and the families were all asked to write what they hoped to gain from the journey. As Thomas’ father began to cry as he read out what he had written, Luc became acutely aware of how much rested on the trip. Sitting round the fire that night, Thomas and Guillaume made a pact that they would not let each other fail, even if they had to whip each other all the way to Santiago.

The route is predetermined, but all other decisions are taken as a group. Each day they walk 25 kilometres, with a rest day every 10. A small stipend lets them stay on the occasional campsite or in a pilgrim refuge, but mostly they sleep out and cook their own meals. Occasionally they are offered a bed by someone they meet along the way. ‘They have been told for most of their lives that they’re not worth anything,’ says Luc, ‘and now someone has enough trust in them to let them stay in their house and send them off in the morning with a sandwich.’ He tells me how Guillaume turned to one family over dinner and said incredulously, ‘What the hell are you doing, letting two people like us into your house?’

For the first time in years they do not have a strict authority watching over them, and Luc found those first weeks exhausting as they constantly tested where the boundaries lay. On the second night one came back from the village shop with a bottle of vodka, and Luc found himself paying for and drinking half to stop them drinking it all themselves. ‘The whole time,’ he says, ‘it is a question of balance. When should I say something, when should I let them figure it out for themselves? Walking gives you the opportunities to talk, to think, to act, and to do things together. That’s the most important thing, going through it together.’

‘It’s amazing how good people are.’

The next day I go to see 37-year-old Marc Vangasse, who did the walk 20 years ago. He has dug out his photo albums and we sit down to look through them.

At 15, Mark was living alone, which is illegal in Belgium. When the authorities found out he was sent, with nowhere else to go, to a juvenile prison. ‘In those places, you come out more bad than you go in,’ he says. ‘I learnt where to buy weapons, how to steal cars. I took my first drugs in there.’ A familiar pattern of moving between institutions and the streets started up. During one of his stints in jail he heard about Oikoten. Walking to Spain seemed a better option than the cycle he was stuck in, and it offered the sort of independence he was craving.

We look at faded photos of the three of them in the mountains: two young men and another in his forties, grinning in the snow. I ask him what he feels he learnt from the walk. ‘That many people are very nice,’ he says. ‘That was the big thing I learnt.’ He tells me about the house where they stopped to ask for water on Christmas Eve and were invited to stay for Christmas, and the party that they went to for New Year’s Eve, and a restaurant that gave them a meal on the house. ‘Those sorts of experiences happened all the time. It’s amazing how good people are.’ 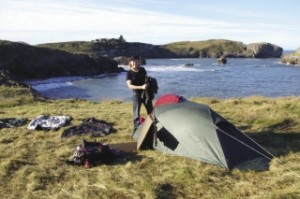 His sense of achievement on arriving in Santiago was tempered with the knowledge that he would soon be back in the life he had left behind. Initially, Oikoten gave him some money, but when that stopped he found himself back on the streets. But the experience had given him the strength to avoid getting trapped in the ways he had been before. Soon he met a girl and moved into her parents’ apartment. Then he got a job and they moved into a place of their own. A year later he became a father. His daughter is now 17, and in college, and he has a son who is 16. He split from his partner two years ago but they have stayed close and share looking after the children. He is now a political activist, and helped to organize last year’s Occupy protests in Belgium. He tells me he would like to be a mentor himself one day.

The top of the mountain

Around 70 per cent of the teenagers complete the walk, and reports have demonstrated the undeniably positive effects on the self-esteem of participants and their reintegration into society. Yet determining how successful is Oikoten’s method is complicated. ‘Often the effects show later on,’ says Sophie. When Oikoten celebrated its 25th birthday, people who had walked 20 years ago brought their children to show them their photos that are still up on the office walls. ‘That’s how you know it works.’

Every year, Luc sends an email to Thomas and Guillaume on the anniversary of their departure. When Thomas went back to taking drugs after losing his job due to injury, his family got in touch. Luc went and stayed with him for a week and helped him rediscover the motivation that had got him to Santiago. ‘You have to keep thinking you’ve done something that not many young people have done,’ he told him. ‘Everything you’ve encountered, the hospitality, the difficult moments, finding solutions. That positive experience you can keep with you all your life.’

Sophie agrees. She talks about the crossing of the Pyrenees, two-thirds of the way through the journey, as a symbolically important moment. ‘They say, “I thought I wouldn’t make it to the top of the mountain, but I did.” They learn that difficult things happen, but you can get over them. We can’t solve what went wrong for years in a few months. But they gain confidence and learn things that will help them overcome problems in the future.’ 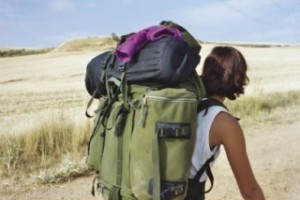 I ask Sophie how Oikoten has changed over the past 30 years. She tells me that the teenagers’ problems are more complicated now, that their crimes are different, and that they are much more medicated – tranquillizers, Ritalin, sleeping pills – although many find they are capable of stopping their treatment for the duration of the walk. The route is also less wild than it used to be, and although they are not allowed to take a phone with them, most pilgrim hostels now have an internet connection.

Yet the fundamental premise remains unchanged. ‘It’s a long time, a slow way of life,’ she says, ‘opposite to all the things we are used to in modern society. It’s only walking.’

‘For a young person,’ says Luc, ‘the best possible outcome of prison is that if the punishment is hard enough, they might not do it again. It’s better to find another solution – something that will make the offender think. That’s what a walk does, it makes you think. You’re trying to give people the chance to experiment, to experience a different world. Trying things, trying things again, without giving up, without being watched and judged. A walk is medicine. Prison is not.’ 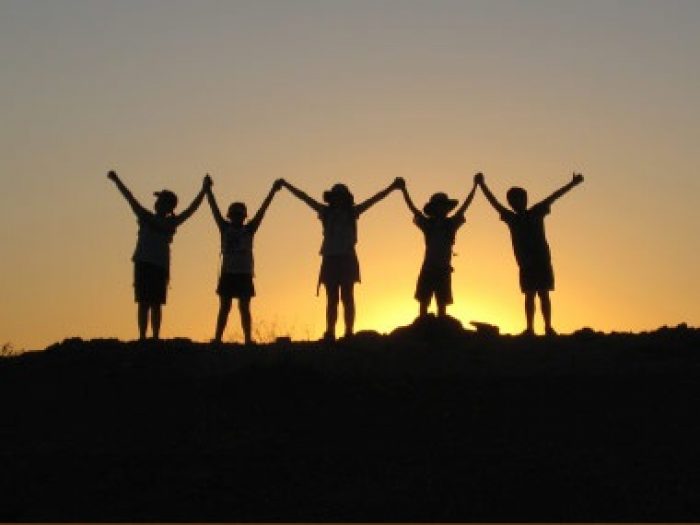