Recharging Your Cell Phone in 30 Seconds

Recharging Your Cell Phone in 30 Seconds

A tiny device that can recharge cell phone batteries in as little as 30 seconds won 18-year-old Eesha Khare a major science award that will help fund her college education at Harvard University.

Khare traveled from her California home to Phoenix last week for the Intel International Science and Engineering Fair, where her invention was honored as one of two winners of Young Scientist Awards.

“I’m in a daze. I can’t believe this happened,” Khare, a senior at Lynbrook High School in Saratoga, told CNN affiliate KPIX 5.

Khare’s device, a black, rectangular type of supercapacitor just over an inch long, can charge a cell phone battery in 20 to 30 seconds, she said.

“I developed a new supercapacitor, which is basically an energy storage device which can hold a lot of energy in a small amount of volume,” she told KPIX 5. The technology may also be able to speed up charging of automobile batteries, she said.

A videotape of the award ceremony showed an ecstatic Khare trotting up to the stage when her name was announced in Phoenix, then standing with other winners as the audience at the fair applauded and confetti fell on them.

The award includes a $50,000 prize that will come in handy when Khare heads to Harvard in the fall, she told KPIX 5. With a laugh, she predicted that “I will be setting the world on fire.”

In announcing the winners of what it billed as the “world’s largest high school research competition,” Intel cited Khare for recognizing “the crucial need for energy-efficient storage devices” as the world rapidly adopts portable electronics.

The other winner of a Young Scientist Award with Khare was Henry Lin of Shreveport, Louisiana, who received a $50,000 prize for “simulating thousands of clusters of galaxies” to allow scientists to “better understand the mysteries of astrophysics: dark matter, dark energy and the balance of heating and cooling in the universe’s most massive objects,” the Intel statement said.

The top prize at the fair went to 19-year-old Ionut Budisteanu of Romania, who used “artificial intelligence to create a viable model for a low-cost, self-driving car,” according to an Intel statement. He received the Gordon E. Moore Award, named after the Intel co-founder, which includes a $75,000 prize.

According to Intel, more than 1,500 young scientists from around the world were chosen to compete in last week’s fair. 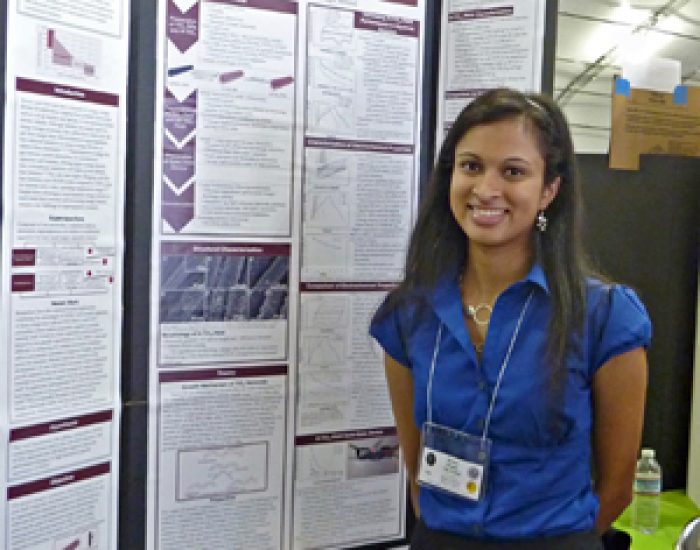