How Romania’s Abandoned, Abused Animals are Getting Huge Help

How Romania’s Abandoned, Abused Animals are Getting Huge Help

Truck driver Tamara Raab is bringing Christmas in July to thousands of animals in Romania. In a 2,000 mile round trip journey, Tamara will drive a massive load of donated dog and cat food, veterinary supplies and pet beds to animal shelters in Romania. She’s undertaken this mission a couple times before, but this time is different. This time she didn’t have the 3,500 Euros required to pay the fuel. And that’s when fate stepped in.

On the recommendation of fellow animal advocate Peter Collins, Tamara sent an email to the Harmony Fund to ask for help. She was not optimistic. It simply felt like a lot to ask, but she had to try. So Tamara nearly fell off her chair when she received a reply from the Harmony Fund within the hour with just one question. “How can we make this project much, much bigger?”

Overwhelmed with surprise and relief, Tamara lowered her face into the palms of her hands as the tears began to warm her cheeks.

“I can’t stop crying, because I am so happy that you want to help us!” said Tamara who actually broke her ankle in an accident during her last mission to Romania. “I am so overwhelmed and flabbergasted that I don’t know what to say for the next minutes… I can’t stop jumping around on one leg.” 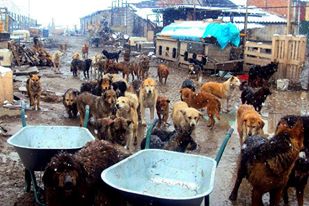 Here we are, three weeks later and the Harmony Fund is unleashing one of the most massive relief efforts ever attempted to impact the lives of thousands upon thousands of dogs and cats in Romania, one of the world’s hot spots for extreme animal cruelty and neglect. The mission begins with not just one, but two big rig trucks bursting with supplies to be distributed to more than a dozen animal shelters. And that’s just for starters.

In a 100-day dash, volunteers will come together to transform the lives of dogs and cats here in several ways. First, two dozen volunteers will converge on the shelter in Campulung where more than 1,000 dogs take refuge in a series of dilapidated buildings. Massive open holes in the roofs will be repaired to keep the snow and wind out. Three smaller buildings must be torn down and rebuilt elsewhere on the property because they flood with water to such an extreme that the dogs can’t lay their heads down to sleep without risk of drowning.

As you read this, a veterinarian is on his way to the shelter for a full multi-day marathon of examinations for each and every dog. He’ll finally be able to provide whatever health care treatment they need. This includes vaccines to prevent disease outbreak, which could spread like wildfire in a facility with such a large pack.

Next, the Harmony Fund will turn to the St. Francis Shelter in Bucharest, where we’ll help the cats who were drenched in rain and snow last winter under a roof that opens to the heavens. The roof will be repaired and we’ll buy food and veterinary care for the hundreds of dogs here as well. 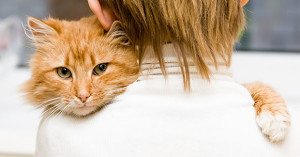 In a move that epitomizes the love of ‘underdogs,’ the Harmony Fund is working with volunteers who devote themselves to the street animals here in Romania. Take for example Carmen Dodi, who travels around the countryside on her battered old bicycle bringing food and care to animals in crisis.

Despite caring for her father who has cancer, Carmen runs a small, home-based animal shelter and is often up throughout the night, feeding newborn pups every two hours. When she looks out at her front gate in the morning, there is yet another box of pups that someone has dropped off during the night. Some days, people will simply thrust dogs into her arms as she attempts to leave to run errands. It is absurd to think that she can sustain this deluge of abandoned animals and the Harmony Fund is trying to get her some hands-on help.

A few days ago, we agreed to work with Carmen to begin a door-to-door campaign to educate residents about spay/neuter, which is not yet a popular concept here. “We must convince them that this is better than letting their dogs have puppies and then leaving them to die in the forest or leaving them at my gate,” Carmen said. “This is where it begins.” 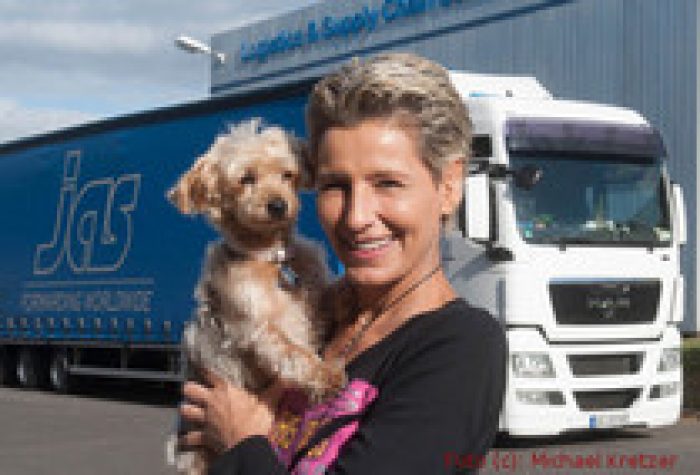